Practical Advice for Going from Face to Face to Online Teaching

Developing an online course based on an existing face-to-face course requires more than learning how to use the technology and loading the material into the learning management system because, as Catherine Nameth, education outreach coordinator at the University of California-Los Angeles, says, “not everything will transfer directly from the face-to-face environment to the online environment.” This transition requires the instructor to rethink and reconfigure the material and anticipate students’ needs.

Often these questions are raised about courses using learner-centered approaches: What if this is the only learner-centered course taken by the student? Is one course enough to make a difference?

There is growing evidence that courses with learner-centered approaches—those approaches that use active learning strategies to engage students directly in learning processes—enhance academic achievement and promote the development of important learning skills, such as critical thinking, problem solving, and the ability to cooperatively work with others. But does the experience of being made responsible for learning transcend that individual course?

Role play simulation is a form of experiential learning that allows you to “cover” the same sort of topics as you would in a lecture course while moving your students from passive to active learners.

For example, I found success in using this model for a course in the domestic politics of foreign countries that I teach. Originally I lectured on political parties, election systems, leadership, major political issues, success and failure in politics in the UK. Now, with the role play model, I invite students to form teams based on political parties: Labor, Conservative and Liberal Democrats. Each team works together to assign the various responsibilities: party leader, campaign manager, fundraiser, speech writer, etc.

There has long been the debate as to whether college is right for everyone. I follow the school of thought that college should be open to everyone and they may decide if it is the right fit for them. The educational realm has evolved so well that many students who could not even fathom college in the past are now attending and flourishing. 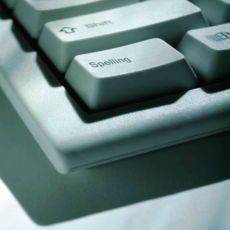 Do you sometimes (maybe regularly) get papers from students filled with spelling, punctuation, proofreading, and other more serious grammatical problems? Yours is not an English class and you have other content to teach, making it difficult to address these writing problems. And yet leaving them unaddressed puts students in jeopardy. They may not believe us, but the fact is we still live in a culture that “sorts out” people based on their use of language and a student who can’t put together an error-free résumé or cover letter isn’t likely to get many interviews or good jobs. 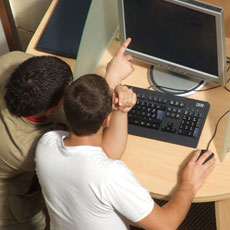 College course work is meant to be challenging. The content and the vocabulary used are often unfamiliar to many students. For at-risk learners, the challenges are even greater. In some cases, these students have physical or learning disabilities that create accessibility issues, other times the challenges may be the result of the fact that they’re an international student, have anxiety issues, or a strong learning style preference that runs counter to the instructor’s style.

A New Kind of ‘Space’ for Quizzes

Quizzes are standard in many college classrooms, and determining how to best use this learning format generates a variety of discussion and suggestions. I, too, continue to search for ways to inspire the often dull quiz routine. In an effort to bring new strategies to the classroom and keep student engagement high, I have recently discovered a successful strategy that encourages a sense of community in class, offers students an opportunity to engage in collaborative learning, and motivates students to come to class prepared. Let me explain how it works. 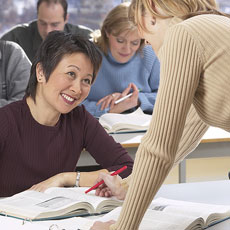 With the number of non-traditional students growing, many educators have discovered that adult learners are fundamentally different than their younger counterparts in many ways. Yet, most instructors have been left to their own devices to figure out how best to reach these students who come to class with an entirely different set of challenges, demands and expectations, and generally at a much different level of maturity.

One of the main mechanisms for faculty development at Century College is the idea of teaching circles, in which five to eight faculty members work with a trained faculty facilitator to design and implement a project related to a topic chosen by the group at its initial meeting. 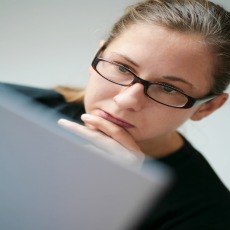 Antidotes for the Publish or Perish Syndrome

Most universities require tenure-track faculty members to achieve in three particular domains – teaching, service, and scholarship. Scholarship provokes the most anxiety. Faculty members quickly succumb to the publish or perish syndrome; a syndrome depicted by obsessive thoughts about scholarship expectations, a frenzy to publish, restless nights, and a plethora of excuses. The antidotes cleverly identified in this article are designed to treat the publish or perish syndrome.