Getting Students to Discuss by Channeling the Affective Domain 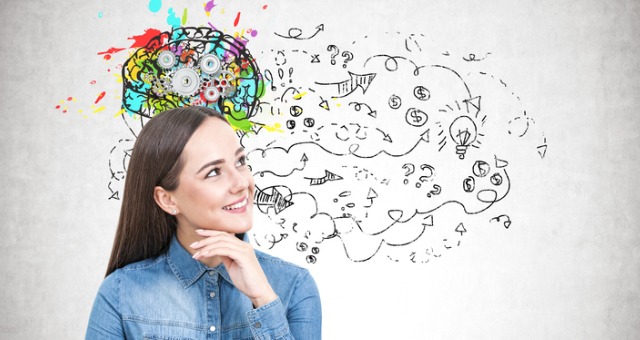 One of the most satisfying moments in teaching is leading a lively discussion in which students are deeply engaged in the material and contributing thoughtfully. However, as I’m sure most instructors can relate, far too often I’ve found myself in the opposite situation. Students are reluctant to talk out loud or they offer simple responses to the questions posed.

There are a number of strategies for improving the quality of classroom discussion, such as breaking students into smaller groups or having stations set up around the classroom. For a comprehensive list of techniques, here are a few ideas.

But perhaps the most important part of leading an engaging discussion is developing good discussion questions. One strategy I have for writing good discussion questions is teaching in Bloom’s Affective domain (Krathwohl, Bloom, Masia, 1973). Most of us are familiar with Bloom’s cognitive hierarchy, as any instructional design course relies heavily on those concepts. However, Bloom also developed two other hierarchies, the psychomotor and the affective.

The affective domain involves our feelings, emotions, and attitudes, and includes the manner in which we deal with things emotionally (feelings, values, appreciation, enthusiasm, motivations, and attitudes).  Like Bloom’s cognitive domain, the affective domain is arranged in a hierarchy whereby learners move from simpler feelings to more complex feelings. The guiding principle for movement through the hierarchy is internalization. Internalization is the process whereby your affect toward something goes from a general awareness level to a point where the affect is internalized and consistently guides or controls your behavior.

I’ll admit that I stumbled into the affective domain by accident during a somewhat frustrating discussion in an introductory psychology course. I was trying to lead a discussion about the treatment of psychological disorders by comparing and contrasting two case studies. I wanted students to understand the limits of treating psychological disorders just like any other kind of medical issue, however they were not engaging at all. Finally, exasperated, I asked, “How do you feel about these two different cases?” A woman in my class who had never spoken up said, “I feel bad!” A few other students agreed, and as I probed why they felt that way, they began to talk about inequitable access to mental healthcare and the limits of the medical model, exactly the issues I wanted them to consider.

One thing that I realized during that discussion was that the feelings were in the room whether or not I acknowledged them. In fact, the unacknowledged feelings were likely getting in the way of having a discussion in the first place. Students were reacting to both case studies as individual human beings who deserved compassion and empathy. They felt uncomfortable talking about these cases in the abstract, until their feelings about the people in the cases went acknowledged.

After that successful discussion, I began to wonder about other ways to engage with students’ feelings about course material. Shortly after that discussion, I happened to take part in a course design workshop that introduced me to Bloom’s affective domain. In that workshop, I realized what had made that previous discussion so successful was that I had inadvertently tapped into the affective domain in a way that was appropriate for where my students were.

Upon further reflection, I came to realize that many of the goals of higher education are affective in nature, although we don’t always think of them in that way. For example, the Association of American Colleges and Universities describes developing critical thinking skills and ethical reasoning and action as two of the desired outcomes of a liberal arts education. Critical thinking encompasses many affective skills such as a willingness to consider new evidence and revise judgments in light of new evidence. When it comes to ethical reasoning, we don’t simply want graduates to understand the logic of ethical principles, we want them to internalize these principles and use those principles to guide their future behavior. Both of these are represented in the final stage of Bloom’s affective hierarchy (internalizing values), learners should commit to ethical practice and be able to revise judgments or change behavior in light of new evidence.

Since that semester, I have worked to develop discussion questions that tap into the affective domain that go well beyond simply asking, “How do you feel about…”. Specifically, in the final stage of Bloom’s affective hierarchy, learners are expected to have developed a value system that is used to guide their behavior. As a social scientist, I want students to appreciate the value of the scientific method, be comfortable facing ambiguity, and to recognize that science is not always prescriptive. Throughout the semester, I constantly return to these issues by having students discuss the implications of constantly changing knowledge.

It’s also important to recognize that the cognitive and affective domains are inextricably linked. Students learn more when they are motivated to do so. Most of us have had students ask, “Why do I need to learn this?” When will I ever use this?” or the dreaded, “Will this be on the test?” While some students intrinsically enjoy learning about new topics for the sake of learning, this isn’t true of all of our students. For example, first generation college students often report being motivated to go to college to help their families (Bui, 2002). They want to know how the information will be useful to them. The affective domain answers the questions about why we are learning what we are learning.

Whether we recognize it or not, we do care about our students’ feelings about our material. This is reflected in statements I often hear from my colleagues that they are less concerned with teaching content, but more concerned with teaching a way of thinking. Thinking critically requires affective skills just as much as cognitive skills. Teaching in the affective domain, then, helps us achieve those most important learning outcomes.

Nikole Patson is an associate professor of psychology at the Ohio State University at Marion. She teaches courses in Memory & Cognition, Language Processing and Development, Cognitive Neuroscience, and General Psychology.