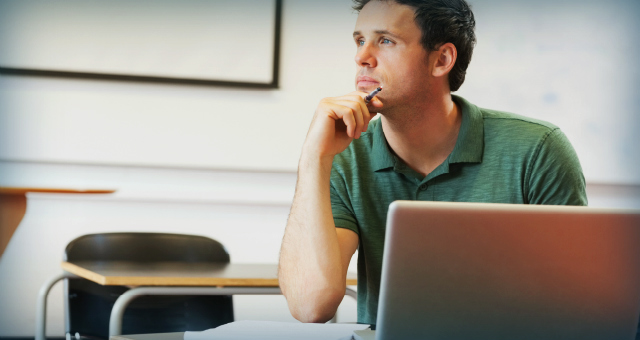 In an interview for his most recent book, Digital Minimalism, Cal Newport argues that such frameworks can help orient behavior and simplify decision making in a complex environment. Does this pizza have cheese? Not vegan (unless it’s cashew cheese…). This serves a function, but it can also lead to issues of dietary purity. Beans cooked in pork? (I’m living in Texas, mind you). This leads back to the question of who’s to blame when a diet doesn’t work. In simplifying the available evidence for easier decision making, we may lose the nuance of that very evidence, seeing choices as binary rather than on a spectrum. Good or bad. Healthy or unhealthy.

Which brings us to pedagogy. Like deciding what to eat in the 21st century, teaching is difficult, involving a complex set of decisions that renew themselves every time we step into our classroom (be it in person or online). We have a growing body of research that suggests principles around which we can frame our pedagogy: we know that our students benefit from being more active participants in their own learning, for instance. Yet, I would argue that we make a similar leap when we move from the principles of active learning to an orthodoxy of strategies like flipped classrooms. Such strategies may have worked in a particular context, but, when they don’t work for a particular instructor, we may question the instructor rather than the strategy. “Are you sure you did it correctly?” While it’s possible that an instructor could flip a classroom clumsily, we risk alienating the very people we want to adopt our ideas when our first reaction is to question the instructor.

It’s not to say that there isn’t value in orienting our teaching around a practical or theoretical framework. I just believe it’s worth asking both what is gained and what is lost in the process. We may get faculty ”on board” with active learning, but I have to admit that my heart sinks when I read an email from an instructor who has been told that they need to be doing more active learning (but they don’t know how). In the past, I may have been tempted to package together citations and resources on how to implement common active learning strategies, but I sometimes (not always) resist this urge.

The gap between research and practice can tempt us into prepackaged pedagogical solutions. In politics, as in pedagogy, there is a case to be made for simplifying things from the jargon of policy wonks and think tanks to the everyday concerns of the so-called average voter. Yet, having the right ideas in the right package isn’t always enough. For example, we may know that the research paints a less-than-rosy picture of technology and its effects on attention: cell phones (even in the next room) negatively affect our working memory, and laptops in the classroom are often used for accessory purposes in addition to the primary function of taking notes. Yet, how do we navigate these and other findings in a classroom where students may feel entitled to their devices (and where banning the devices outright can put those who need an accommodation in an awkward position)? As in politics, it would seem that there’s a negotiation between what we know and what’s politically feasible.

Authors of a recent editorial in Nature called for the retirement of ”statistical significance,“ urging us to consider the consequences of such a binary concept and to instead ”embrace uncertainty.“ This uncertainty brings its own set of problems, for sure, but those problems consist of assessing the data as it exists on a spectrum. In teaching, this lack of certainty offers others an opportunity to try new ideas for the first time, to follow their intrinsic motivation in pedagogy, and to give themselves the slack to operate within very real constraints (of which faculty have many).

Embracing uncertainty allows teachers to go through the necessary process of learning how to teach. Ownership of behavior change is something that crosses domains: in exercise, research suggests that the most effective goals are personal and immediate. While we can explain the need for frameworks and absolutes, they can also stifle creativity and discovery. They can disempower those who worry that they’re not doing it right, alienate those who don’t want to hop on the bandwagon, and ultimately defeat our efforts at change. While movements can galvanize the masses, sustainable change still happens through individual faculty members making choices that renew themselves on a daily basis.