Show the Learner Visible Signs of Their Learning 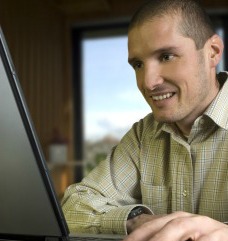 One of the strengths of gamification is that it provides visible milestones of the student’s mastery of content in real time (when it is well designed). Too often in an instructional setting, the learner doesn’t know whether or not he or she really understands or can apply the knowledge they are learning. There is often no visible sign of mastery of the content or application of the content.

If the designer of the instruction provides continual feedback to the student concerning progress toward terminal learning objective, then the learners themselves can gain an understanding of their own mastery of content.

Therefore, an important element of gamification (or any learning design) is demonstrating to the learner that he or she is making progress within the content or toward a skill to be learned. The act of moving through content on the way to a clear end point such as mastery of a particular terminal objective is one of the elements of gamification.

Gamification should orient the learner to where they are in the instructional process, where they are going, and how much further they have to go until the end. The concept is that the learner is able to “see” progress. The progress might be in the form of a character moving up a mountain or an image of how close the learner is to the next level (Kapp, 2013).

Simultaneously the goal and the process of gamification is progression through content. The learner masters an enabling objective on his or her way to eventual mastery of the terminal objective. Underlying mastery learning theory and practice is a philosophy asserting that under appropriate instructional conditions virtually all learners can master what is taught (Bloom, 1971; Block & Burns, 1976). The basic concept of mastery learning is that content is organized into discrete units where complete mastery is required before moving to the next unit, the method of moving through the instruction is based on ungraded assignments or instructional tasks with formative evaluation as a tool for identifying what is learned and what is yet to be learned and then providing additional support for concepts that have not been mastered (Bloom, 1971; Melton, 2008).

Mastery learning provides an approach that recognizes that aptitude for learning may be more closely linked to time and perseverance than to ability (Bloom, 1971; Melton, 2008). This is similar to the idea underlying the concept of criterion-referenced tests which defines the performance of each test-taker without regard to the performance of others (Shrock & Coscarelli 2007). There is no limit to the number of students who can succeed on a criterion–referenced test as opposed to a norm-referenced test, which strives for bell shaped distribution curve meaning some student pass regardless of performance on the test and some fail regardless of their performance on the test. Gamification uses criterion and mastery to advance the learner from one element of the instruction to the next.

Looking at the different levels of some types of instructional games, the movement from one level to another with increasing difficultly and the need to apply more skill to master the new level is similar to the educational concept of “scaffolding.”

Scaffolding is a concept built upon the idea of the Zone of Proximal Development. The Zone of Proximal Development is the distance between the actual developmental level as determined by independent problem solving and the level of potential development as determined through problem solving under adult guidance, or in collaboration with more capable peers (Vygotsky, 1978). In other words, a student tries to solve problems given minimal experience space and lots of teacher supervision, as the student becomes more adept at solving the problems, the teacher provides less and less guidance until the student is independently solving problems.

To accomplish that goal the technique of scaffolding was developed. Scaffolding is process of controlling the task elements that initially are beyond the learner’s capacity, so that the student can concentrate on and complete elements within his or her immediate capability. Once that task is accomplished, the student is then lead to accomplish another goal which builds upon the previous. Scaffolding provides support, functions as a learning tool, extends the range of the learner and permits the accomplishment of tasks not otherwise possible (Vygotsky, 1978).

The technique of scaffolding and the use of levels in games provides visual progress to the student and maintain interest in the instruction as the student moves from level to level having different experiences and achieving success as they progress toward the ultimate goal. In gamification, the levels usually become more difficult and challenging as the student moves toward the end and the skills they exhibit at the final level would not be possible without the experience of playing the preceding levels. This idea is embodied in Merrill’s application principle that “instruction should provide coaching, which should be gradually withdrawn to enhance application” (Merrill, 2009, pp. 42).

Dr. Karl Kapp, author of The Gamification of Learning and Instruction, is a professor of instructional technology and the assistant director of Bloomsburg University’s Institute for Interactive Technologies.

This article originally appeared on Jan. 29, 2014 in Kapp Notes, a blog by Karl Kapp on games, gamification, and interactivity for learning. Reprinted with permission.