Millennial Students Aren’t All the Same 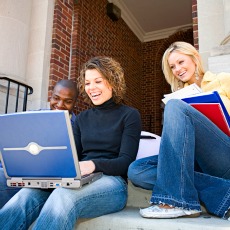 “A disservice is done to any student cohort when they are globally defined by a single set of character traits. Within any generation, there is diversity and in the Millennial Generation, there is considerable diversity in background, personality and learning style.” (p. 223) So concludes a lengthy and detailed article that seeks, among other goals, to “demystify” the characteristics commonly attributed to students belonging to this generation. “Analysis of research data suggests that these students may not be as different from other generations in the fundamental process of learning as is regularly proposed.” (p. 215) These authors believe that’s important because “it is crucial to accurately assess which specific ‘stable characteristics’ truly impact the learning process and should be targeted for consideration in instructional design.” (p. 215)

They are critical of much of the evidence being used to support both positive and negative characteristics associated with Millennial learners. “Over the last decade, as the literature on the Millennial student has proliferated, it has proven that opinions beget opinions. A scrutiny of the references of a majority of publications and presentations indicates that the ideas being espoused are fundamentally opinions based on observation and perception as well as on student personal satisfaction and preference surveys rather than on evidence-based research methodologies.” (pp. 215-216) They point out that many of the surveys documenting a set of Millennial student characteristics have been done at one or two institutions with populations not always representative of the larger student population. The Millennial cohort includes students from various races, religions, ethnicities, and socioeconomic backgrounds.

Among the Millennial student characteristics challenged by these authors is their need for the digital delivery of content. The authors cite multiple studies documenting “that a spectrum for both the desire and ability to use digital learning tools exists.” (p. 216) Based on their review of this literature, they conclude, “More careful evaluation of the purpose of technology in learning with regard to actual student needs, desires, and professional applications should be undertaken before additional time, money and resources are invested in more extensive technologies.” (p. 216)

Millennial students are thought to be multitaskers. They may be, but only a small percentage perform multiple tasks with no loss in efficiency. One study cited identifies a population of “supertaskers” who were able to multitask, but they were only a bit more than 2 percent of the population studied. The other 97 percent were less efficient at one or both of the tasks they attempted to perform simultaneously.

Some characteristics associated with Millennial learners are verified by empirical research. Critical thinking skills are a good example. “Millennials have grown up with astonishing exposure to unvetted Internet resources exemplified by Wikipedia and YouTube. The predilection for Millennial students is to make big gains quickly and with minimal effort, which has conditioned them to select the first or most easily available information source.” (p. 218) That has eroded their critical thinking skills. More worrisome is the fact that students don’t appear to be developing high levels of thinking skills in college. These authors reference a 2006 survey of 400 employers nationwide. Only 24 percent of that group felt that college students had “excellent” preparation for the workplace. Sixty-five percent said their preparation was adequate. Specifically on critical thinking and problem-solving skills, only 28 percent of the employers felt students had “excellent” preparation, and 63 percent said preparation on those skills was “adequate.”

The admonition to respond thoughtfully and critically to sweeping generalizations made about any generational cohort of students is appropriate. Generalizations about Millennial students can become stereotypes that reinforce erroneous assumptions about individuals and groups of them in courses. As these authors note, “Educators should encourage curricular change that will positively impact the learning process in a way that will be meaningful not just for a single generation but will have fundamental application for a broad spectrum of learners.” (p. 223)

Reprinted from Millennial Students: They Aren’t All the Same, The Teaching Professor, 26.3(2012): 8.