The Word “Flow” Has to Go 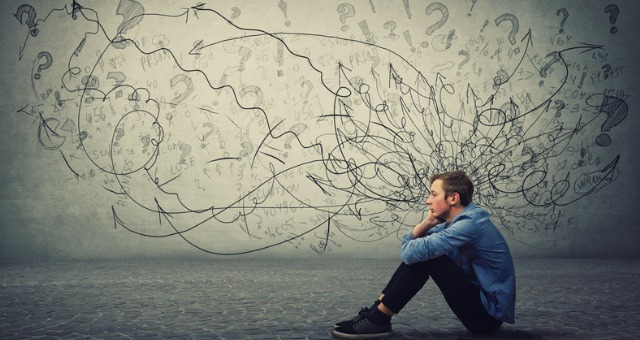 George Lakoff and Mark Johnson’s 1980 book Metaphors We Live By famously catalogued the way metaphors influence the way we think, speak, and act. Some metaphors are so pervasive we no longer think about them as such. Time is money: We spend time, waste time, and save time. Argument is war: We lose and win arguments, attack and defend points. Love is a many metaphored thing: a physical force, a madness, and a journey, or as Rhett Miller of the band Old 97’s tells us in one song, “Love is a marathon. Sometimes you puke.”

One of the most common metaphors students rely on in my composition classroom is that of “flow.” In the first peer reviews they write for each other, many will include some variation of, “Your paper flows really well,” or “You need to work on your flow.” It is seemingly the only metaphor at their command when talking about organization or readability. The comment, however, doesn’t serve the writer because as my students understand it, flow is a received state of being rather than an active one, and accessing it is akin to magic, luck, or both.

This is not their fault so much as a result of the word working so effectively for the act of reading. David Foster Wallace, who was both a celebrated author and a writing instructor at Pomona College, makes a case for flow as an appropriate metaphor for the reading process. “One of the things that really good writing does is that it’s able to get across massive amounts of information and various favorable impressions of the communicator with minimal effort on the part of the reader. That’s why people use terms like flow or effortless to describe writing that they regard as really superb. They’re not saying effortless in terms of it didn’t seem like the writer spent any work. It simply requires no effort to read it—the same way listening to an incredible storyteller talk out loud requires no effort to pay attention.”

The problem begins when students use the same metaphor for the writing process. My confident, ecstatic students hand in their papers crowing about how, after some length of time, the writing flowed out of them. The bleary-eyed ones, if they have a paper to hand in at all, complain that they couldn’t get into the flow. Flow states in writing do happen. They feel like gifts, received from somewhere external. But they aren’t. They are in large measure a product of a writer’s hard work and persistence, and these same connotations that make flow appropriate for the reading process are actually masking the effort intrinsic to the act of writing and rewriting.

There are other popular metaphors for writing that better imply discomfort and therefore normalize a student’s experience. I know a brilliant professor who is fond of comparing the writing process to siphoning gasoline. The initial, obligatory mouthfuls are disgusting, a price to be paid until the serviceable writing begins. Others I know talk about opening a vein and bleeding onto the page. The connotations of disgust or pain are useful, but the continued reliance on mediums that flow on their own accord undermines that usefulness.

It’s helpful here to think of another word stuck in the grips of flow—time. Yes, when we talk about how it is used or not used, it is transactional. But when we describe the way time works on us, it is often described in the context of flow, as if time is moving inexorably to the past, alternately quickly or slowly, usually much, much too quickly. In And Our Faces, My Heart, Brief as Photos, John Berger argues that this 19th century view of the unilinear flow of time implies a determinism where the freedom of individual choice is carried away by the all-powerful current of time. He finds that understandably limiting.

Berger goes on to propose other metaphors, older cyclical views of time tied to the seasons and Proustian frameworks of accumulation and dissipation. To suggest that time is not flowing toward a predetermined destination, to accept that a multiplicity of destinations are available simultaneously depending on an individual’s choices is not so different than rejecting the word flow in the context of writing. As writers we must make our mistakes; we must circle back to expand one idea, clarify another, or even remove writing that no longer belongs. A whole range of essays is possible depending on factors both in and out of the writer’s control, not the least of which are effort and time.

A better metaphor we can offer our students is that of “guide.” The connotations of movement that are so important to flow remain present in guide, but that movement is now active rather than passive and suggests an expertise on the part of the writer. Most importantly, a guide performs a job and that connotes work. John McPhee, a longtime writer for the New Yorker and author of Draft No. 4: On the Writing Process, offers the metaphor of the guide without explicitly naming it when he writes that a paper’s introduction should “be a flashlight that shines down into the story.”

To understand this better, imagine you’re taking a tour through a cave. It’s dark and you’re in a (socially-distanced) group of people huddled around a single guide. The guide clicks on her flashlight and points at a stalactite hanging from the ceiling. Then, she lowers the light to a stalagmite. Your eyes go where her flashlight points. She controls the narrative. What she doesn’t do is switch on all the lights at once. Were that to happen, you and the rest of the group would look everywhere and nowhere at once. There is no storytelling in that act, no intrigue in that sort of experience. Like the five paragraph trainer essay with its three-part thesis statement, it offers no reason to follow the guide to the end of the tour.

Once the metaphor of guide has sunk in, usually as the term is coming to a close, I begin to see its benefits in my students’ work. They are explaining more in their own writing, and in their peer reviews they are interacting with the text as they might with a guide, raising their hand to ask questions when the writing feels confusing or volunteering new information when it feels insufficient. Guide doesn’t have to be the term you use in your classroom, there are plenty of other metaphors you could turn to, but the word flow most certainly has to go. If it doesn’t, it will continue to limit students’ understanding of the writing process just as money limits our understanding of time or war limits our understanding of argument. And while that’s technically a simile, it’s not one any of us should have to live by.

Daniel Couch is a professor of English literature and composition at Chemeketa Community College in Salem, Oregon. He is the editor of The Chemeketa Handbook: Your Guide to College Writing and co-author of a book on Bob Mould’s 1989 solo debut, Workbook, for Bloomsbury’s esteemed 33 1/3 series.