Like the Phoenix: Finding New Life in an Online Course 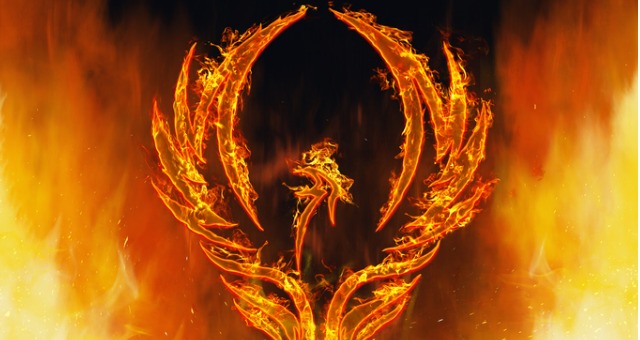 It was Friday, March 12, 2020—the end of a long week of “What Ifs.” What if Covid-19 spreads across the U.S.?  What if our university closes? What if our international students are stranded?

I was in my office when a colleague poked his head inside to ask if I had read our Chancellor’s email. He had just extended spring break to April 3, giving faculty three weeks to design and place courses online.

I am far from a newcomer to higher education.  As professor emeritus of communication arts, I have been at this gig for 49 years and have never shied away from a challenge.  I wasn’t about to now.

I have designed and taught multiple distance education courses but only one online course—an interdisciplinary mix of Irish literature and small group discussion. With the clock ticking, I was faced with the challenge of creating two online public speaking courses that met, and hopefully surpassed, the expectations of students I had come to know well.  Several of my students worked full-time jobs. Others were high school seniors enrolled in their first-ever university course.  Many lived in small towns with limited access to high speed internet.

As I planned lectures, I tried to break my course down to the bare essentials.  What did students absolutely have to know about Aristotle’s principals of ethos, pathos, and logos?  Did I even have to include mythos?  Of course I did.  What about concession statements?  Could I forgo that lecture?  Absolutely not.

When it came to a final count, I was up to 26 lectures.  Too many? Not if I made those lectures stimulating. I could do that, couldn’t I?

For the controversial speech, my lecture included an emotional “extended example” of the time I spanked my two-year old grandson when he ran out into the street—and the guilt that followed, fearing I had damaged him for life. That video must have captured the attention of students because several  chose to speak about whether or not parents who spank their children scar them emotionally (My grandson, Rockton, is eight now and, as far as I can tell, emotionally unscarred).

If students’ minds wandered as they listened to lectures, they could focus on my artwork—but not too much.

Having read as much literature as possible about effective online teaching, I knew my videos needed to be as concise as I could possibly make them. My longest video was 10 minutes. My shortest was four minutes.

On April 6, courses went live.  On the HOME page of Canvas, students were able to download one packet of handouts for each remaining speech.  Those packets contained exercises that students and I would normally have worked on together in class.  There were articles about Native Americans—some who were offended when sports teams used their names and others who were honored. There were articles about marijuana—gateway drug or not? Students were asked to identify and outline the strongest expert testimony on each side.

But how was I going to get students to do those exercises?  I wasn’t going to ask them to submit outlines to the dropbox for me to grade.  It was going to be enough work listening to 120 speeches.

I decided on the following strategy—I would pause during lectures and say, “STOP! If you haven’t finished the marijuana outline, pause the video and do the assignment now.  Then come back.  This lecture will be so much more meaningful!”  I worried that my strategy might not work, but it was the best I could come up with on short notice.

Instead of posting their final speeches on Canvas, the learning management platform my university uses, I gave students directions for posting on YouTube.  My colleague Joel convinced me that YouTube was a social media platform that students would be more comfortable using.  Then, as soon as I evaluate a speech, usually within 20 minutes of receiving it via email, the student is free to delete it.

During a pandemic, I didn’t feel as though I could require students to gather an audience to listen to their speeches, but I did certainly try to entice them (while encouraging social distancing of course—you can listen to a speech six feet away).  I offer extra credit for any audience they can muster.  Before speeches begin, students scan the recording eye of their laptop over smiling faces of moms and dads, restless siblings, and doting grandparents.  Last week, I awarded extra credit to a student who turned the camera on his dog.

With only two weeks remaining in the semester, I am proud to say my students have risen to the online challenge.   Of the 41 students enrolled in my two courses, 37 have an active online presence.  I email my four “ghost” students regularly, and I check with student services for information on their whereabouts.

Until yesterday, I had no luck locating my “ghost” students, but minutes after sending an imploring email, one of my students responded, asking for help.  Seconds ago, as I was typing the preceding sentence in this article, the bottom right hand corner of my computer lit up with the name “Steven” (name changed); Ghost student #2 had reappeared.

Students are in frequent contact with me, asking questions and seeking help.  Emails arrive throughout the day, but most often, in the wee hours of the morning.  In those emails, students share stories of loved ones who have passed, siblings they care for while parents work, computers that have died, and speeches that refuse to upload.

I send daily announcements to my students, letting them know I care and will do whatever I can to help them succeed.  In the midst of this pandemic, I am awed by their success.  Like the Phoenix, my students appear to have found new life in their online public speaking course.

Mary Hoeft is professor emeritus of communication arts at the University of Wisconsin–Eau Claire, Wisconsin teaching scholar, Wisconsin idea fellow, Fulbright-Hays scholar, and author of Why University Students Don’t Read: What Professors Can Do To Increase Compliance.