What Would the Brady Bunch Do? 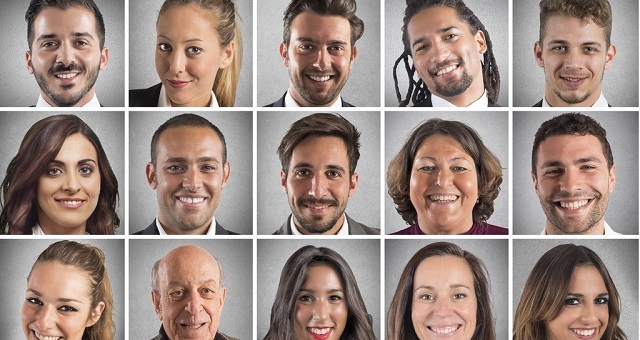 It was an idea for framing an exam review session, and it came to me at 3 a.m. in one of those slightly desperate bursts of inspiration that dare us to do something different and unconventional. That was five years ago. Since then I’ve used the idea in undergraduate survey courses, graduate seminars, and lots of other courses in between. I’ve decided it’s a good idea and worth sharing with others.

Let me introduce it with just a bit of background. Undergirding each of our disciplines is a complex, yet detectable, web of related ideas. If students approach new concepts aware that they’re related and actively seek links between them, that makes the content easier to understand and retain. More important, the conceptual framework they acquire looks more like an integrated body of knowledge than an incomprehensible menu of scattered facts. Anyone familiar with Piaget 101 knows that building a mental framework helps learners accommodate and assimilate new information. Nodes in our minds allow us to compare new data to old and create a meaningful narrative. The alternative is intellectual buckshot. My idea offers a unique way to help students make those connections. I call it “What Would the Brady Bunch Do?”

Go to YouTube and enter the search term “Brady Bunch Theme Song.” Play it for yourself and notice that in a mere 71 seconds the lyrics give us all the relevant background information on Carol (and her three very lovely girls) and Mike (and his three boys of his own) who will one day become the Brady Bunch. While we hear the girls’ side, we observe that the characters are limited in their scope and only look at one another. But when we jump to “one day when this lady met this fellow,” suddenly whole new worlds open up to each person onscreen. No longer restricted to vertical looks, now Marcia can look diagonally to Bobby; Peter can look horizontally at Jan. Their expressions are friendly and knowing. The old connections are still there, but they are now linked in ways that make a whole new world of possible connections.

I invest one minute and 11 seconds to show that clip in class. I point out how the relationships among previously unconnected characters emerge. I present this material with a straight face, doing my best to look studious and scholarly, even as I marvel at undergraduates born 15 to 20 years after The Brady Bunch was canceled singing along with gusto. With adult students, it’s even more raucous. Then I show a 3×3 grid (like an empty tic-tac-toe board) and fill each of those cells with a principle, author, or skill we have been exploring in the course. I place them randomly and, as I’ll explain shortly, connections lurk everywhere.

In a first run at this, I challenge students to “find a Marcia-Peter connection” (that would be connecting the idea in the top left square to the idea in the middle right square). In my own discipline, that might be something like “connect Vygotsky to multiple intelligences theory.” Colleagues from other disciplines who have tried this strategy say that it works with content as diverse as physical chemistry and Romance poets. Students talk about the connections with a learning partner (someone sitting nearby), and we can usually elicit three to five meaningful connections between those two ideas. I call out other pairings until I think everyone is familiar with the idea of seeking new connections that may not seem related, or with reinforcing preexisting links.

Then I riff on the activity in different ways. For example, I have passed out index cards with individual characters’ names on them, mixed up students, and called out a random pairing to be fleshed out, or asked every “Cindy position idea” in the room to find a connection to an “Alice position idea” and also to a “Mike position idea.” Or “find something that all the ideas in Brady men positions have in common.” During one session not too long ago when we weren’t even using this strategy, a perceptive student observed that a given concept was “like an Alice” (Alice was the Bradys’ housekeeper), meaning it had no obvious ties to the other eight ideas on the board, but that it helped each one in unique ways.

Depending on the class, the complexity of the material, and the point at which we are within the semester, it can also be valuable to post the nine key terms and allow 10 to 15 minutes for students to make notes about key elements of each one in order to make more meaningful connections. This forces intensive review of the reading, their notes, and their memories of previous class sessions. Best of all, they aren’t memorizing but synthesizing elements of a conceptual framework that looks more similar to the coherent system of my academic discipline than to a fractured, patternless amalgamation of facts. That cohesion shows up in their exam answers and on course comments indicating that students understand how this strategy builds a logical framework for new ideas. I knew this strategy was a keeper when a student told me, “I just made a Cindy to Greg connection between this whole course and another one I’m taking; thanks for that, even though you’ve totally ruined Nick at Night TV for me.” We both smiled.

Dr. Karen Eifler is a professor at the University of Portland.