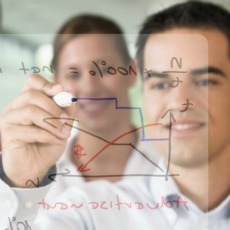 In the case of medical school, where I work, it’s a combination of boards (testing subject knowledge) and licensing examinations. But undergraduates face similar high-stakes testing when they take medical, legal, business, or graduate entrance exams. Even a course final that counts for a large portion of the grade can change the motivation to extrinsic.

Intrinsic motivation wanes quickly when facts are hurled at students via a PowerPoint lecture format, which appears to be the only practical way to get large volumes of information communicated during the class period. This approach virtually curtails teacher-student interaction; there is simply no time for it. I am not condemning lectures per se, but rather wish to raise the dilemma faced by me and other educators who teach content students must know for high-stakes testing. Do we conduct a meaningful discussion of core concepts, or must we deliver a lecture filled with volumes of minutiae and often seemingly irrelevant facts?

By core concepts I am referring to meaningful and relevant material related to the content and presented in class. Teachers provide a scaffold on which the students add facts through individual or group study both in and out of class. This approach encourages students to interact, engage, and connect actively with the subject matter and learning process. I recently tried this approach and would like to share what happened.

I began my class with a slide that read: “If I did not have to be here, would I?” Understandably, most of the 27 medical students in my class unconsciously shook their heads “no.” I then limited my hour-long discussion to 12 slides. There were two breaks during the didactics. During the first break I divided students into four groups. Each group had a pad of paper and instructions to write about the material I had just covered. They were not allowed to use computers, the Internet, or books. After five minutes, the pads were passed to another group, until each group had every pad once, and the final groups did not know the names of any of the writers on the pads of paper. We then discussed what was written on the pads.

My exercise for the second break was a version of the think-pair-share strategy, which students used to determine the best treatment for the disease we were discussing. After class, the students approached me and told me they had thoroughly enjoyed this class session. To my surprise, even though these students had been in classes together for more than two years, many of them said that this was the first time they got to work together in groups. Some said they had discovered that “lectures” could be fun!

But I had another surprise when I looked at the recommended practice test questions on this material. They are supposed to help students prepare for the high-stakes tests. As a practicing physician, I couldn’t answer some of the questions. I wrote what I thought were more pertinent, thought-provoking, and fair test questions; but I worry that these won’t be the ones on those tests that matter.

So I’m back to the dilemma. Are PowerPoint slides that expose students to any foreseeable question on the high-stakes exam the way to go? When I say yes, I see the bored, glazed-over student faces. I see desperate attempts to passively absorb the mountains of facts that accumulate when there are hours of back-to-back lectures in a single day. How much more rewarding it was for me as an educator to watch their boredom become enthusiasm when I made the classroom environment one of interaction and exploration.

This dilemma is one faced by many college educators teaching in programs where students face high-stakes testing. Currently, these high-stakes exams are often tests of rote memorization, not of inquiry or enthusiasm about a subject. Sharing this spirit of inquiry is the reason most of us became educators in the first place. We are teachers, not fact-reciting machines. We need to find a way out of this dilemma that compromises so much of what education should be about.