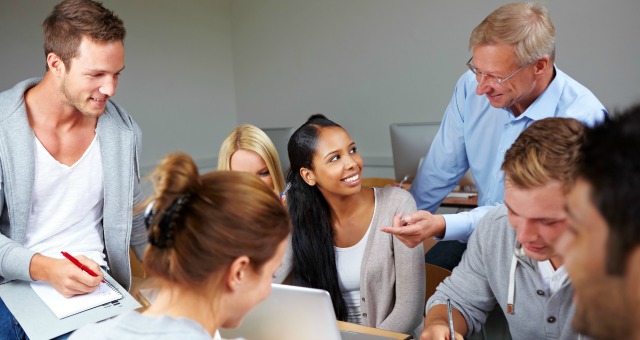 Kant declared false the commonplace saying “That may be true in theory, but it won’t work in practice.” He acknowledged that there might be difficulties in application, but he said that if a proposition is true in theory, it must work in practice. What about the proposition “If teachers don’t ask questions, students will ask more and better ones”? A preponderance of practical and empirical evidence shows that teacher questions suppress student questions (see the Dillon reference). Thus we have every reason to believe that if you want students to develop, ask, and attempt to answer their own questions, we have to quit asking the kinds of questions teachers typically ask.

Applying that idea is difficult. Teachers have trouble imagining how discussion can be fostered and guided without questions. Kant would advise us to consider adding more specifications to the theory. And many educators have tried to do that by focusing on the kinds of questions teachers habitually ask that suppress responses.

I recall attempts I made to increase and raise the level of student questions in one of my courses. This was before I read any literature on questions, but I had lost faith in lectures and assigned a great deal of reading in original texts as a basis for class discussion. The problem was that students read Kant, Plato, or Dewey the same way they read Sports Illustrated. Their understanding ranged from ludicrous to superficial. They could repeat basic assertions but garbled them when trying to evaluate them or trying to decide whether they should believe them. And my questions did not improve how students did the reading or the questions they asked.

Looking back, I think I know why my reading questions worked so well. They were questions that interested and puzzled me. They were real. I didn’t know the answers.

Desperate, I hit on the idea of giving them a set of questions (prompts, really) to get them to see that they had to question the texts to understand them. To make them salient I guaranteed that all items on quizzes, midterms, and final exams would be based on those questions. As an experiment I started asking students the questions that the texts prompted me to ask myself. What was intriguing? What was irritating? What appeared to be exemplary or awful? Each week I would append three or four questions like this to the reading assignments that we then discussed in class.

When students arrived for class, I assigned each question to a group of students and tasked them with leading the discussion of that question. The groups took 15 minutes to prepare, and then we ran through the questions. It worked like magic. The groups internally took care (sometimes with my coaching) of the technical questions—the definition of terms, the structure of arguments, and the ambiguous meanings of the text.

After those preliminaries, the class discussions exploded with questions that sent students off to the library or to other professors to get answers. One student even telephoned Wayne Booth to ask his take on a passage from his book we were discussing. The “had to get an A” students who had previously clogged discussions by trying to wheedle answers out of me now became the traffic cops making sure that we did justice to each question. Teaching these classes was hard work but a joy.

Looking back, I think I know why my reading questions worked so well. They were questions that interested and puzzled me. They were real. I didn’t know the answers. Why did Kant and Dewey talk about the Copernican revolution in such different ways? How would Dewey redesign the Occupational Safety and Health Administration? When I asked fake questions that I knew the answer to, they killed curiosity. Doesn’t Plato really mean that teachers, not philosophers, should rule?

Socrates was the greatest teacher the Western world has ever known. Such were his powers as a teacher that his fellow democratic citizens condemned him to death. And Athenians were amazingly tolerant of critics. In times of perilous conflict, Aristophanes could satirize their war efforts and Euripides furiously expose their propaganda and still win prizes at the annual drama festivals. Socrates was a different sort.

He asked questions. We still think of him as a teacher asking questions to lead students to certain conclusions. It isn’t that simple. There are at least two Socrates in the ancient accounts. One asked questions out of his own ignorance. The other used questions and rhetorical skills to perpetrate and defend Plato’s dogmas. The first Socrates was not certain and demonstrated that accepted certainties could not stand up to vigorous questioning. The latter Socrates always knew the answer. His questions weren’t real.

What was dangerous about the first Socrates, who died for his persistent questions, was the way he modeled inquiry. Anyone—soldier, aristocrat, or slave—could ask about justice or right conduct. For him, teaching was a subversive activity long before Neil Postman got the idea. No rules, customs, common beliefs, myths, received wisdom, or exemplary stories were impervious to his keen doubts. People, especially young people, loved this. They flocked to him and began asking questions of their elders, superiors, and colleagues. Socrates’ questions didn’t prompt answers nearly as well as they generated more questions. They led to examined lives.

Maybe if we ask real questions that express our doubts and curiosity, we would light fires and not fill buckets, as Yeats advised.