Why Don’t Students Use Teacher Feedback to Improve? 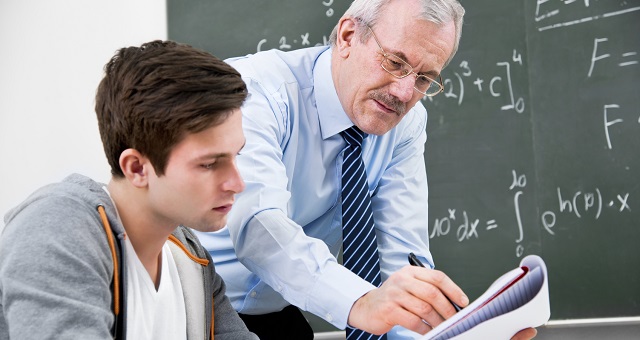 Here’s the conclusion of a small but intriguing study. Its findings reveal “only limited support for the idea that students actually do respond to feedback and make changes in a subsequent piece of assessable work consistent with the intentions that underlay the provided feedback.” (p. 577)

And what’s the evidence that supports this conclusion? A cohort of 51 undergraduate social work students (some taking the course online and some on campus) wrote two 1,750-word essays six weeks apart. They were given a choice of topics: four for the first essay and five for the second. The format and grading criteria for both essays were the same and were given to students with opportunities to discuss and ask questions prior to preparation of the essays. Feedback on the first essay focused on areas where the student could make improvements. Potential evaluator bias was controlled via several mechanisms. Grades for both essays were within four points of each other for 66.7 percent of the cohort. Close to 16 percent of the students showed substantial improvement, and a bit more than 17 percent showed a substantial decline in performance.

The researcher admits with some candor, “Like many academics, the author’s first instinct was to blame the students for their apparent disregard for the feedback they were given.” (p. 577) And students are not blameless. She includes citations from other research documenting that students spend little time reading the instructor-provided feedback. In one study 39 percent of the students indicated they spent five minutes or less reading the feedback. A total of 81 percent spent 15 minutes or less reading feedback. She wonders whether students are so focused on just getting the second assignment done that they don’t see the point of the feedback and have no interest in understanding or trying to use it. Maybe they are satisfied with the grade on the first assignment and figure that if they do the second one the same way, they’ll do just as well. They aren’t thinking about what they might learn if they tried to respond to the feedback.

“For academics, a less comfortable option than blaming students for their apparent ignoring of feedback is to critically reflect on their own practices.” (p. 578) She goes on to explain, “Providing information prior to an assignment regarding the criteria for assessment, followed up by written feedback on the completed assignment, frequently represents a series of unilateral pronouncements by assessors rather than a dialogue with students.” (p. 578) This is another example of teaching by telling—of expecting students to learn by listening, as opposed to learning by discovering and doing.

She also wonders whether students receive consistent feedback across the collection of courses they take during a semester. Are all their professors identifying the same problems and recommending the same areas for improvement? Chances are good they aren’t. If the messages are mixed, even contradictory, that can be confusing to the student and could explain the frequent but annoying query, “What do you want on this paper?” If the messages are multiple, that may result in an overwhelming amount of feedback, so the student copes by ignoring some or all of it.

This study is small, but it does raise a number of interesting questions that probe more deeply into the role of teacher feedback and improved student performance. It challenges us to consider both student and teacher actions that might diminish the role of feedback in promoting learning and improving performance.

Reference: Crisp, B.R. (2007). Is it worth the effort? How feedback influences students’ subsequent submission of assessable work. Assessment & Evaluation in Higher Education, 32(5), 571-581.