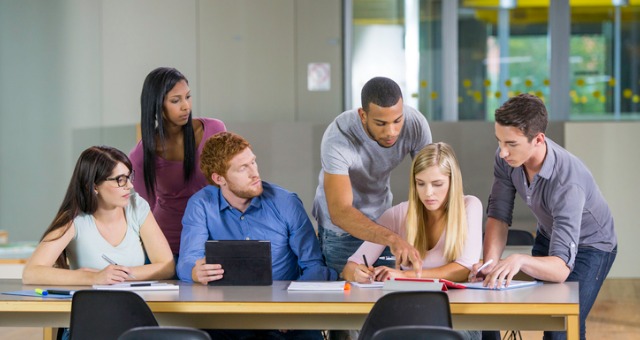 When we in the academy state that we desire our students to be whole, I believe we mean that we want them to leave college capable of achieving their full human potential to shape and reshape the world—and themselves. Indeed, I would go further and say this is our sole hope for our students: We want them to enter the world knowing they have the ability to participate in thoughtful and constructive ways. To hope for anything less would be, I believe, to acknowledge an essential meaninglessness in our work.

Although the acquisition of content knowledge and skills is crucial in arriving at the goal of thoughtful change, the kinds of complex challenges we’re discussing here require more than that. Simply put, if content and skills were enough, education would have already achieved its goal, particularly after the rise in standardized testing that the United States has experienced over the past two decades.

In the end, content and skill knowledge must be augmented by an attitude, a disposition, a sense of one’s ability to enter the world not as a mere cog in the machine but as a thoughtful, competent individual who, when the situation calls for it, is able to step forward to ask questions and propose solution that may lead to a reinvention of the machine.

To a generation of faculty wary of a culture of entitled students, this may seem like a risky venture. It’s important to note that the attitude we are after here is more than confidence or agency. After all, one can be confident without necessarily being correct or even informed. Similarly, agency, the ability to act on the world and reshape it, does not necessarily require wisdom or forethought. A 16-year-old driving a car the wrong way down a one-way street has agency. But certainly we hope for more than that in our students.

Instead, I would like to suggest the term authority. Using this word has its problems, so let me get a few things out of the way immediately: When I use the word authority, I do not mean anything related authoritarianism, arrogance, bullying, bossing others about, or dominating people. Authority in this context is not a word about being at the top of the food chain, being in charge or feeling superior.

Rather, I’m using the word in a way that looks both forward and backward. Authority in this context implies authorship, the ability to write and rewrite, shape, and create. At the same time, this ability comes from something or someone. Authority is granted, given, earned. The content and skills students acquire during their years in college are crucial; they are part of what creates a sense of authority in students. What we teach matters. As my friend Eric Amsel has put it, in this context authority means mastery of. . .content and skills.

How we teach our students is also crucial in the development of authority. If what we are talking about is a kind of authorship of the world, it follows that the learning process that prepares students for this kind of active, thoughtful response to the problems we face must allow them to practice these skills. In other words, the only way to truly develop authority is to practice it, consistently, from the start, in ways at first small, then increasingly large. We need to develop authority in ways that are perhaps less complex (although never simple), then increasingly more complex, that allow students to fail, fall down, and pick themselves back up again. Authority should allow student to learn how problems are solved with the deliberation, creativity, resilience, and collaboration that allow them to understand that they are capable of solving problems and that solving these problems leads to a rewarding relationship with the world and with themselves.

In short, we need to develop authority in ways that allow student to understand that engaging in this way in a messy world is what it means to live to their fullest capacity as a human being.

So how do we construct curricula and courses and assignments that provide our students not just with the content and skill knowledge they need to perform in our fields but also with the authority that gives them to ability to respond to a complex world?

Authority is earned through experience, practice, trial and error, and continued effort that eventually leads to some level of success. It seems safe to say that the best way to create an environment conducive to developing authority in our students is to place them in situations where they must assume it. This is a crucial concept for this book and has major implications for designing our courses, so let me state it again: The best way to gain a sense of authority is to practice it in meaningful, content-rich contexts.

Paul Hanstedt is the director of pedagogical innovation at Roanoke College.