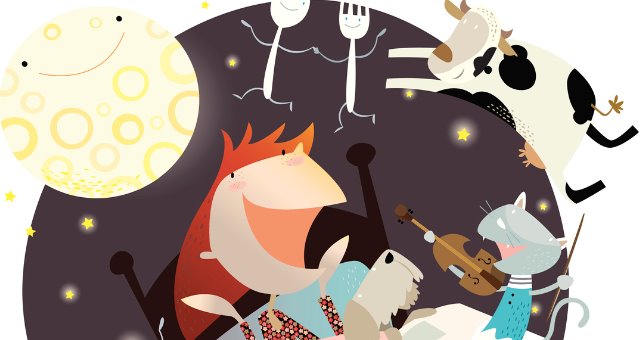 Faculty are urged to turn classrooms into activity centers where lively discussion serves as an antidote to bored students zoning out of class lectures and zoning into images and words appearing on their screens of various sorts.  Eliminating boredom in my classroom is welcomed, but the primary reason why I use group discussion is to create classroom mini-islands on which students relax some of their natural wariness of strangers and begin to have meaningful conversations with each other.

To promote this engagement, I use interesting ice breakers that require each group to complete a task. One ice breaker that always elicits chuckles and readiness to work asks students to find a Loxodonta Africana (African elephant), an Ursus Arctos (brown bear), and an Ara Macao (scarlet macaw) hidden within the image of a human head.

But the engagement with one another chills when the same students are assigned to craft a group response to difficult situations that often occur in public schools.  Repeatedly, I have watched this scenario: One student takes the lead proposing a group response, discussion stops, the group is ready to report, and all heads turn and stare at me.

From observations in the education courses I teach, I have concluded that the failure of students to bond with each other is not related to age, gender, ethnicity, race, or regional demographics. Instead, I have observed that two weeks into a semester, students begin subdividing themselves into membership groups based upon what I call “breadwinner status.”

Student breadwinners are financially responsible for themselves and others; others can consist of parents, children, a neighbor, siblings, a spouse, partner, or friend.  Often these are adult students, older than 24, but not always.  They are not students working to support their social life in college but students who have real responsibilities for others.

Through emails, copies of doctors’ appointments and work schedules, these breadwinner students make themselves known to me.  In less obvious ways they self-identify their status to each other. The breadwinners create support networks among themselves.  They share the notes they’ve taken in class and converse about the status of a parent in hospice or a trying work situation.

But in my classes, I want to create an atmosphere in which breadwinners and students who don’t yet have these responsibilities feel comfortable enough to express their opinions, question positions taken in textbooks, and park their sailboats on any island group within the class. The tool I use to help make this happen is disguised nursery rhymes. Nursery rhymes speak the language of childhood and all of us are fluent in this language.

I discovered their effectiveness when I first used disguised nursery rhymes in an instructor’s manual for an old edition of Becoming a Master Student, by Ellis.  The class discussion topic was ‘Effective Communication with Parents.’ I assigned students to different groups and began with an ice breaker.  I asked students to look at four lines that appeared on an overhead screen. Each line consisted of words written in obscure English. I explained that the words were another way of saying a line of poetry, an axiom, or a line from a nursery rhyme that was familiar to them. The words on one line were: Scintillate, scintillate asteroid minific. I explained ways of discerning meaning when the words are old English, but they were not getting it.  Then I began humming Twinkle, twinkle… Before I could complete the line, simultaneously students in every group shouted out the nursery rhyme. Eyes moved from my face to the faces of their group members as students within groups made a communal effort to translate the writings into understandable English.

Unlike previous occasions, the student-to-student engagement with each other did not end when the ice breaker task had been completed. This time, when the groups were tasked with designing a communication protocol appropriate for making parents aware of a situation involving their child, I heard debates concerning what words and phrases should begin the communication. I heard voices recounting internship experiences that should be considered in designing the protocol. I saw student engagement.

Nursery rhymes alone are not enough to sustain meaningful student-to-student engagement within a classroom. But they and other devices like them can be used to melt away some of the frost that prevents students from approaching each other. Nursery rhymes are social equalizers that call out our natural curiosity, and that has set the stage for talking across age, gender, income, racial, and ethnic barriers.

This article first appeared in The Teaching Professor on July 31, 2015. © Magna Publications. All rights reserved.