Managing Microaggressions in the College Classroom 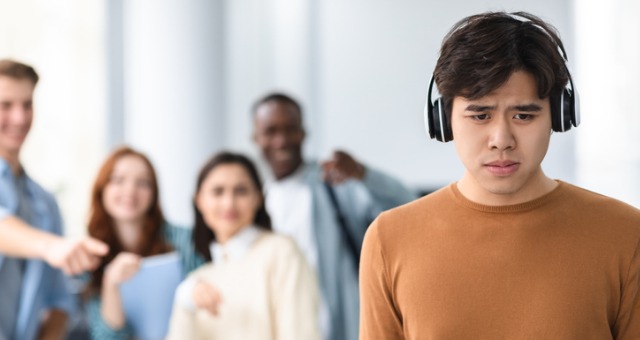 College students are increasingly diverse in terms of race, ethnicity, gender, gender identity, sexual orientation, age, ability, religious/spiritual beliefs, immigration status, social and economic class, veterans’ status, and the intersections therein. However, microaggressions—subtle forms of prejudice and discrimination—continue to occur inside our classrooms. Although most faculty members are mindful of overt biases in the classroom setting, the recognition and management of microaggressions present more of a challenge. This article adds to the nascent literature on microaggressions in higher education by defining the multifaceted nature of microaggressions, discussing the damaging consequences of microaggressions for faculty and students, and examining various methods of effectively managing microaggressions in college classrooms.

Unlike overt prejudice and discrimination, microaggressions are defined as subtle verbal or nonverbal communications, intentional or not, resulting in harmful consequences to members of marginalized groups (Solorzano, Ceja, & Yosso, 2000). Sue and colleagues (2007) discuss three specific types of microaggressions. Microassaults are considered explicit derogatory attacks consciously meant to harm the intended target, such as a student’s use of the word “gay” as a pejorative. Microinsults are more covert and demean a person’s identity through rudeness and insensitivity. A microinsult, for example, would occur if a professor did not take the time to properly pronounce the first name of a student whose ethnicity differs from her/his own. Microinvalidations are messages that exclude or deny the individual’s statements, feelings, and/or experiences, such as a white professor’s pronouncement about living in a “post-racial America” or claiming “color-blindness.”

Although or perhaps because microaggressions are elusive, this vague form of prejudice has damaging effects on students. Nearly one-third of college students have experienced microaggressions (Boysen, 2012). Peers and professors can be perpetrators of these covert attacks. Smith and associates (2011) suggest that microaggressions create a hostile and stressful environment for college students. Due to the subtleties of microaggressions, recipients often doubt their own perceptions. Student victims of an unwelcoming classroom climate are at risk for psychological stress, decreased self-esteem, reduced participation, diminished academic performance, and decreased persistence (Hotchkins & Dancy, 2015).

Overall, the literature addressing overt and covert biases in college classrooms discusses student coping mechanisms. Although support from faculty and institutions is considered essential in buffering these negative effects, there is a dearth of literature regarding the effective management of microaggressions within the classroom environment. While professors may be tempted to ignore instances of bias, identification of microaggressions presents an opportunity to address difficult issues. Research suggests class discussions are effective in ameliorating the negative effects of microaggressions (Boysen, 2012; Sue, et al., 2011). Faculty can set the stage for facilitating difficult dialogues through the creation of a supportive culture. At the outset, educators must question assumptions they may hold about those different from themselves. Biases that affect perceptions and treatment of students should be challenged. For example, instructors might ask themselves, “Do I assume Asian-Americans are ‘good students?’” “Do I tend to ask a lesbian-identified student to be the spokeswoman for all LGBTQ students?”

Statements defining respectful communication within the classroom setting should be included in syllabi. For example, educators could include the following statement: “Classroom discussions are designed for the expression of divergent viewpoints in a safe, nonjudgmental environment. Thus, all communication will be civil and respectful of diverse perspectives.” Syllabi should also include definitions of prejudice, stereotyping, discrimination, and microaggressions. When designing course content, professors have a duty to vet the resources with regard to bias and to ensure the inclusion of multiple perspectives for each course topic. Are authors of multiple backgrounds represented in the selection of materials? Do the videos appropriately address the experiences of marginalized groups? Professors are also charged with creating an inclusive classroom community where students feel safe to express their views and are comfortable identifying and confronting subtle biases. One such way to facilitate student comfort is to initiate a “word watch”—identifying various terms used in common conversation that are considered microaggressions. Students and the instructor are charged with keeping a list of pejorative terms used within the classroom (Gabbard, Starks, Mallinger, & Luckett, 2013). The instructor first writes “Word Watch” on the board and begins listing, with the class, words that should be mindfully avoided. Students then analyze these expressions and present alternatives.

Recognition of microaggressions related to issues of power may also be enhanced through a class exercise teaching about the Oppression Olympics—the tendency of members of oppressed groups to compete with those in other oppressed groups (Martinez, 1994). The instructor writes “isms” on separate sheets of paper and adheres each to the wall. Students are asked to stand under the paper they believe has the most negative impact on members of each disenfranchised group. Students are then asked to discuss why they chose that particular “ism” and select a spokesperson to argue why that “ism” has the most negative influence. If no students stand under a particular “ism,” the instructor should explain why this failure to acknowledge the “ism” has the most potential to harm. Students are then given an option to change where they stand. Once this is complete, the instructor discusses the concept of competition among individuals who are marginalized (Gabbard, et al., 2013) and how this rivalry among oppressed groups has the unintended consequence of helping those with privilege maintain their power.

Simple acknowledgement of biases is key, as lack of response may indicate tacit support of microaggressions. However, instructors should also assess the efficacy of responses. This may be accomplished through soliciting feedback from students (Boysen, 2012). Equally important, educators should continue to self-assess their understanding and awareness. A faculty consciousness-raising group can also be effective in providing support and sharing strategies to manage microaggressions.