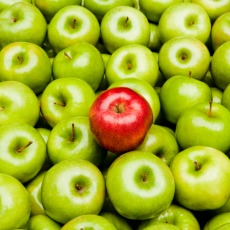 We think of praise as a good thing, even admirable. Don’t we praise our kids when they show us the drawing that they made in art class? To be anti-praise is almost like being anti-good person. We praise others in order to motivate them to improve achievement, as well as increase self-esteem. What can possibly be wrong with that?

The failure of praise
Research has found that praise can actually undermine performance and self-esteem in many contexts. One study found that praise for intelligence leads to the belief by the recipient that their intelligence is fixed, and thus not something that they can influence through action or effort (Dweck, 2007). This is critical because intelligence is in fact malleable, and improved by taking risks. Students grow when they try something difficult that might lead to failure. Because failure is one of the most important tools for learning, growth requires a mindset that embraces challenge and the potential for failure.

But students who are praised for intelligence do not seek challenges. When given the option of trying a difficult task that could lead to failure and growth, or an easy one that will not risk failure but produce no growth, those offered praise for their intelligence tend to choose the latter, thus undermining their growth. Worst yet, when forced to do a difficult problem they will quickly give up if failure appears on the horizon (Dweck, 2007).

In essence, these students are becoming dependent on praise because it is wrapped up with their self-esteem. They start thinking that the goal of school is praise, or grades, rather than learning. They become risk-averse in an effort to prevent blows to their self-esteem. They will even lie about their achievements in order to avoid the appearance of failure. Dependency on praise stunts growth, creates a fragile psyche, and even a sense of helplessness that undermines achievement (Kamins and Dweck, 1999).

Praising one’s intelligence and achievements also can undercut performance by muddling the real message needed for growth (Hylanda, 2001). One of the most common mistakes instructors make is to use the “feedback sandwich” with students. Their feedback starts with the good, then stating the real issues with the work, and ending with something good again. Here again, the model is used under the belief that it keeps up the student’s spirits, but in reality it only confuses the message. The student reads only the positive at either end and ignores the real message in the middle that they need to hear in order to improve, or they recognize the dissonance between the conflicting messages and wonder how they really did. “Gee,” they say to themselves, “the beginning and the end tell me this is great, while the middle says that there are all sorts of problems, so which is it?” The feedback sandwich can even reduce respect for the instructor since students will soon learn that no matter what they hand in, the instructor will praise it along a predictable formula, making the feedback meaningless and something to be ignored.

How to give more effective feedback
So what should an instructor do? The first thing is to switch from praise for intelligence or achievement to praise for effort. People have control over their level of effort, and if they see that the effort will be recognized, they tend to give more of it (Dweck, 2007). “You are putting a lot more time into your work and it is showing” will lead to even more effort and better performance.

Another option is to praise the process, rather than the product (Halverson, 2014). It is easy to forget that the product we receive from students is the result of a process to produce it, and failures in product are most likely failures in process. Thus, feedback directed at process will be more effective than feedback directed at the product, and not surprisingly, praise for process is far more effective than praise for product. How does the student research a topic, plan the work, collaborate with others, etc.? These are the areas that should be the focus of feedback anyway, as they are the areas where improvements will do the most good, and praise for process—which again is under a person’s control—is far more effective than praise for the final product.

So pocket the motivational praise, and focus instead on providing students with the information that need to grow.

Dr. John Orlando is the associate director of faculty training at Northcentral University and serves on the Online Classroom editorial advisory board.