How to Implement an Unessay Grant Proposal Project 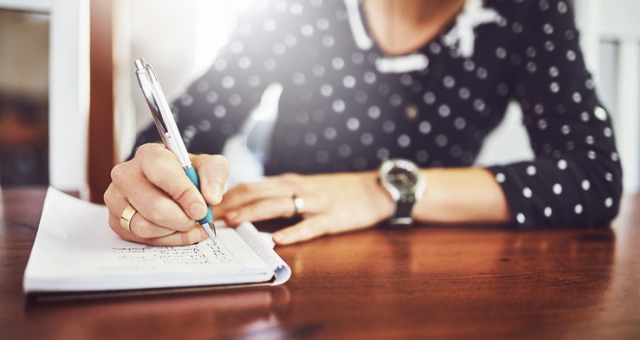 The “unessay” is certainly not a new concept, but it was a Faculty Focus piece by Jodie N. Mader, “The Unessay Experiment: Moving Beyond the Traditional Paper” that inspired me to write about my own experiment with an alternative research paper assignment. Mader describes a by-now common frustration with the traditional research paper and her solution. My experience had a different genesis, and the end-product was still a writing assignment, unlike some other “unessays,” but the results were still overwhelmingly positive on multiple levels.

For fall 2018, I was scheduled to teach an Introduction to Digital Humanities (DH) course for the first time. Developed in response to requests from our English majors and MA students, I was excited about the course and had every piece carefully constructed. Because it was open to both undergraduate and graduate students, I had accounted for their varying ability levels. Class sessions would be a balance of discussion and hands-on workshops, where students learned both the issues surrounding digital humanities and its tools and methods; they would have a choice between various kinds of projects they could develop or contribute to. The one blank spot in my carefully constructed plan was the final paper.

Given that this was an English course, a traditional research paper was a required component. I considered several options: ask the students to write about the experience of building/adding to a project, or ask them to research and write about a current digital humanities issue, even though they were essentially new to the field. I thought about what it would mean to write either type of paper, given both their inexperience and the amount of work they would already have to do for their project. I then thought about what it would mean to read 15 such papers, and my heart sank. I also considered asking for a “pass” on the paper requirement. The students would certainly be doing a lot of reading and writing already—weekly analyses of essays and projects, as well as blog postings—but that seemed cowardly. So that blank space remained on the syllabus for several weeks as the start of the semester inexorably approached.

I was expressing my frustration to a colleague, a conversation that began when she asked about the status of a grant I was applying for, when suddenly she looked at me and asked, “Why don’t you have your students write a grant proposal?” At first I was dubious. Even experienced researchers can struggle with grant proposals—the multiple components, the grants-ese that has to be mastered, the expectation to sell your idea in a limited number of characters/pages. But the more I thought about it, the more excited I became.

I started by creating a proposal template, combining sections from various grant application forms, such as that for the NEH Digital Humanities Advancement grant and the New Jersey Council for the Humanities Action Grant. My goal was to have students include the kinds of information typically requested in such a proposal, while also keeping in mind what I thought they could knowledgably write about in a few weeks, since the proposal would have to be written once the project was at least partly developed. I distributed the page requirement across each section, so the finished proposal would be 7-8 pages long for the undergraduates and 10-12 pages long for the graduate students, with enough wiggle room for sections to be longer or shorter depending on the project and what the students wanted to write about most. I included directions for each section as well.

That original proposal template included the following: a narrative (2-3 pages), a statement of significance/impact (1 page), the history of the project (2-3 pages), methodology (1-2 pages), digital technology (1-2 pages), and a bibliography (1 page). In preparation for writing the proposal, which I assigned at the same time as the project, we looked at several kinds of templates and at the sample narratives on the NEH website. I provided some space for individualization in two ways: students could reorder the sections if they chose and they could add a section to cover other information they thought was important. For example, one student wanted to have a section about project dissemination.

There were conversations in class nearly every week until the proposals were finally submitted. They learned they had to think carefully through their goals and the audience for their project; they had to look for similar projects and make a case for why theirs was different or necessary; and they had to think about their methodology and why they had chosen the tools they were using. Since many granting agencies prefer open source tools and platforms for replication purposes, they either had to justify the expense or go beyond university-supplied tools that might not be available to others and use open source versions.

The final results were gratifying, and this was equally true for the undergraduate and graduate students. In addition to their wonderfully imaginative digital work—which ranged from a website about immigrant/migrant detention centers that featured artwork produced by children being detained (undergraduate), to an interactive website about literary Dublin (graduate), to an online game that helps students learn about the accomplishments of African Americans back to the eighteenth century (graduate)—they also produced the basis of potentially fundable grant proposals. Because the project and writing assignment were so intertwined in their development, the proposals produced were thoughtful, well-researched, and engaging. But there were other advantages to this assignment as well.

First, I did not have to read, and the students did not have to write what could have been incredibly tedious research papers. Second, since the proposals were about projects the students were developing, they had a vested interest in the material, and the proposals reflected this investment. Third, students were motivated by the fact they might actually be able to submit their proposal (with more work, of course), should they decide to keep going with their project. Finally, the students acquired an additional skill as a result, one that will certainly come in handy in a variety of fields beyond graduation. Not only were the papers better but the projects were as well. Students had to think carefully about each part, why the parts existed, and its relationship to the whole project.

Based on student feedback during and at the conclusion of the course, I revised the proposal template, adding “environmental scan” and “enhancing the humanities” sections, merging the “methods” and “digital tools” sections, and making the various components part of the overall narrative as opposed to having that as a separate section. These changes reduced some redundancy and added popular elements. I also built plenty of discussion time into the syllabus, especially during weeks 5-10, when a lot of project development was going on. I’m looking forward to seeing the results of these adjustments. But I’m even more excited for the day when one of my students has a successful grant application, whether it’s for their digital humanities project or for something else.

Mary McAleer Balkun is professor of English and director of faculty development at Seton Hall University. She is the author of The American Counterfeit: Authenticity and Identity in American Literature and Culture (2006), co-editor of Transformative Digital Humanities (Routledge 2020), co-editor of Women of the Early Americas and the Formation of Empire (Palgrave 2016), and associate editor of The Greenwood Encyclopedia of American Poets and Poetry (Greenwood 2005). She has also authored numerous essays on early American literature, pedagogy, and faculty governance.