The Unessay Experiment: Moving Beyond the Traditional Paper 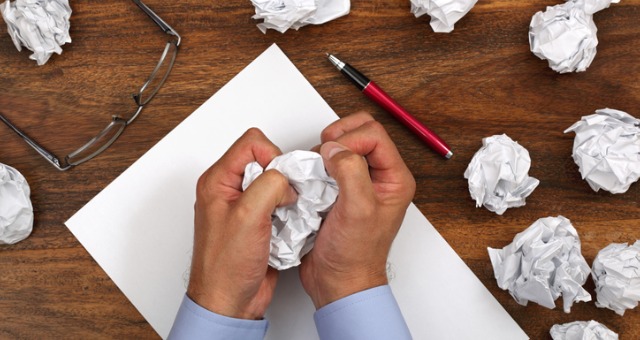 I said to myself in spring of 2019, after reading through the final papers for a class, “I cannot read another history research paper.” I was done. While some papers rehashed my lectures, others read as if they were amended from a Wikipedia site. Overall, I was frustrated by the (lack of) effort and the redundancy. And, I wasn’t necessarily inspired to grade them either, as I felt the research paper was becoming a rather stale component of final history class examinations.

That summer, I attended a conference on becoming a chair in a history department. I was surrounded by like-minded historians discussing academic leadership. However, in casual conversation, I heard of an evaluative measure called The Unessay.  The word unessay immediately caught my attention, as I was desperately thinking of new ways to evaluate beyond the writing scope.

Upon some research, I found that the unessay moved beyond traditional papers. It was a form of self-expression and a way to demonstrate learning in a hands-on and visual way. It catered to students of different learning styles and expressions. When looking at examples of other unessays, I saw students who created a quilt on the topic of the American Revolution and a game created from a World War II course. Needless to say, I was inspired.

I decided to try this in my 2019 fall course and carefully chose to implement this in my Ancient Civilizations course. I started with a course that was considered to be above a 100-level and consisted of a small number of students. This class was unique; consisting of a mix of juniors, sophomores, and one senior. They were quite inquisitive and asked questions that indicated a high level of intellectual inquiry. I felt this high level of interest and competency (seen in both oral and written assessment) would fit my plan of the Unessay Experiment.

I wanted my class to consider the project throughout the semester. I told them that the final project would bring together all of the topics in the course, in their own interpretative way. I reminded students throughout the course to remember a topic we covered in class that interested them enough for a final project. (I believe continuous reinforcement of the final project was crucial to how the students viewed each topic weekly.) In the future, to promote this further, I might do a monthly assignment to gauge what the students are thinking for a final project.

As far as teaching, the Unessay took pressure off me to “cover everything.”  Instead, we dug deeper on certain topics of the ancient world, such as the burial practices of Egypt, the terracotta warriors of China, the Easter Islands, and the Roman Punic Wars. I also included guest speakers who talked about artifacts and local, ancient history. I wanted to go deeper into subjects that I hoped would trigger student interest in a final project.

I gave the project prompt to my students about a month before final exams. I wanted students to consider carefully what they wanted to do.  I asked for a proposal within a week. The proposal consisted of what their topic would be, what they would do with the topic, and what the end project would possibly look like. I encouraged them to think of something that fit their personality, their interests, and their abilities. Their final project, when due, would include a two to three-page reflection paper, discussing what they learned from doing the project, along with a bibliography.

I also handed the students a generalized rubric of criteria for letter grades. I asked them to take it home and come up with their own thoughts of what would be considered a good or bad project. I thought it was necessary for them to have a template to work with and be able to amend it with student feedback. I also thought it was necessary to incorporate student input so they had more ownership in the creation and grading of the project.

The final Unessay projects were amazing. One student, who had a large collection of dolls, created ‘Roman costumes’ to demonstrate the various classes of women. Another student, who was interested in the Punic Wars, created a monopoly game based on the event. Another student created a game of ancient empires, based on the game Risk. Several other students, who had a background in online gaming, recreated battle scenes, such as the Battle of Teutoburg Forest, and showed their craft to other students. Other variations included an Egyptian burial complete with a mummy and canopic jars, a booklet of Greek architecture, a children’s book of the Roman Emperor Nero, and a Sim’s online game that resembled a home for the Greek Gods.

In conclusion, would I do this again? Yes.

The elements of the Unessay project I would keep the same include the proposal, student input with the grading rubric, and the end of class showcase for students to see what other students did. This project also made me rethink how I can evaluate students over the semester. What I would do differently is be more specific in what I wanted to glean from the reflection paper, such as what they learned about their topic and what they learned about putting these projects together. I would also give more time for each project presentation and allow extra time for students to engage with each project. For example, I would have allowed the students to play the Empire risk game or the Punic Wars monopoly. Overall, the Unessay has sparked creativity and engagement in my students and allowed them to better relate to course concepts throughout the semester.

Jodie N. Mader, PhD, is a professor and chair of the history department at Thomas More University in Kentucky.

For more on the Unessay experiment, visit Cate Denial’s blog that dives into deeper detail.