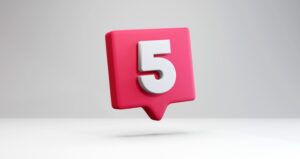 It is a common, but not universal practice to administer exams to students in class (e.g., Rovai, 2000). Traditionally, students come to class and take 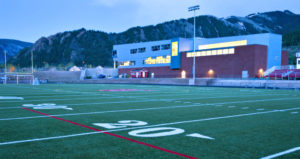 Testing and Assessment: Looking in the Wrong Places

A bunch of guys had a late afternoon game of touch football in a field. As it started getting dark and the players moved toward 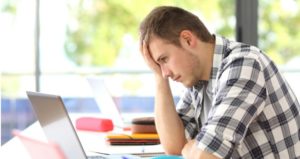 Students are stressed. A recent survey revealed that mental health issues, including severe stress, are on the rise. In 2016, 65% of students reported experiencing overwhelming anxiety during the previous 12 months, which is an increase of more than 7% from the 2013 data (National College Health Assessment, 2016). We also know from decades of research that arousal levels are strongly related to performance: not enough arousal and you don’t perform well, but too much arousal (which becomes stress/anxiety) and your performance is negatively impacted (Colman, 2001). Therefore, anything we can do as instructors to reduce students’ stress should have a positive impact on their mental health and academic performance. 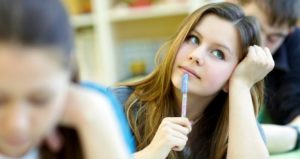 There hasn’t been a lot written recently about test anxiety, but that doesn’t mean it’s no longer an issue for a significant number of students. Those of us who don’t suffer from test anxiety—and I’m betting that’s most faculty—can find it hard to be sympathetic. Life is full of tests, and students need to get over it. Besides, if students have studied and prepared, there’s no reason for them to feel excessively anxious about a test. 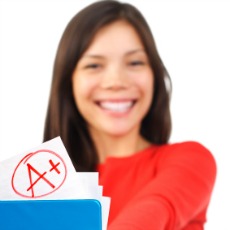 When I speak with other professors who work extensively in the classroom, we often find that we share many of the same challenges. Students’ lack of classroom participation in discussion and test anxiety are two of the most common. Many professors try to mitigate these issues through two time-honored pedagogical tactics: a participation grade and extra credit questions on tests. While both tactics can be effective, by applying concepts from gamification research I found a way to both enhance classroom participation and reduce test anxiety with one simple technique.

I don’t know why I didn’t see it before. After 10 years of teaching, I finally realize why students get so nervous about exams. It’s because taking an exam is a performance. It’s just like American Idol , when they are doing the first round of auditions. You can have great natural ability and sound terrific, but when the spotlight shines down as you stand in front of the judges and the TV cameras, can you make it happen?