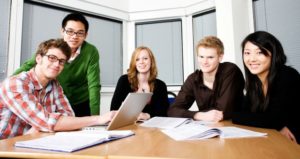 Enter the term “group work” into a Google search, and you’ll find yourself bombarded with dozens of hits clustered around definitions of group work, benefits of group work, and educational theories underpinning group work. If you dig a little deeper into the search results, however, you’ll find that not all of the pages displayed under the moniker of “group work” describe the same thing. Instead, dozens of varieties of group learning appear. They all share the common feature of having students work together, but they have different philosophies, features, and approaches to the group task. 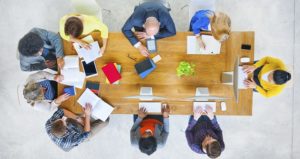 Last week, a student named Mary visited me during my office hours and presented me with an interesting dilemma. In one of her classes, a professor had distributed a study guide with a series of questions to help the students prepare for an upcoming exam. Mary, being the millennial student that she is, decided to upload the study guide into Google Docs and invite the rest of the class to contribute to the document. Students answered the study guide questions from each of their individual notes and then refined the answers from their peers.

Twitter in the College Classroom: Engaging Students 140 Characters at a Time

If it seems like everyone is tweeting these days, it’s not just your imagination.

Three Ways to Increase the Quality of Students' Discussion Board Comments

As more and more courses go online, interaction and knowledge building among students rely primarily on asynchronous threaded discussions. For something that is so central to online learning, current research and literature have provided instructors with little support as to how they can facilitate and maintain high-quality conversations among students in these learning environments. This article responds to this need by offering three strategies instructors can use to ensure educationally valuable talk in their online classes.

Millennial Faculty Are Coming. Are You Ready?

Don’t look now but it won’t be long before Millennial faculty arrive on your campus as well. For four-year institutions, the first wave of Millennial faculty should arrive by 2013. For community colleges, where many faculty often are not required to have doctorates, the wave will arrive even sooner.

One of the biggest problems with doing group projects online (and face-to-face) is student resistance, says Jan Engle, coordinator of instruction development at Governors State

Nine Strategies for Using IM in Your Online Course

Instant messaging can be an effective online learning tool that can build community and foster collaborative learning. The following are some suggestions from Debby Kilburn, computer science professor at Cero Coso Community College, for making the most of this tool.