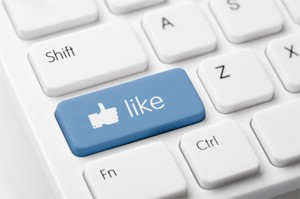 FERPA is one of the most misunderstood regulations in education. It is commonly assumed that FERPA requires all student coursework to be kept private at all times, and thus prevents the use of social media in the classroom, but this is wrong. FERPA does not prevent instructors from assigning students to create public content as part of their course requirements. If it did, then video documentaries produced in a communications class and shown on TV or the Web, or public art shows of student work from an art class, would be illegal. As one higher education lawyer put it:

“FERPA cannot be interpreted as building a total and complete wall between the school and the community. We would have really bad schools if that happened and very disengaged students. This is a good example of where the lawyers can’t get in the way of the learning. Podcasting is a fabulous learning tool. Digital storytelling, amazing. I love Voicethread, as do thousands of educators around the country. Sharing is an important part of learning and the ability to share has increased exponentially in the past couple decades. Some students right here in Kentucky are sharing with students in Brazil every day, for instance. FERPA cannot be extended to prohibit all of this sharing.” (Bathon, 2009)

FERPA was never intended to place students into the box of a physical or online classroom to prevent them from learning from the public. Rather, FERPA requires schools to maintain control over certain student records (Fryer, 2009). These records include medical information, social security numbers, and grades.

FERPA and Social Media
FERPA applies only to information in the possession of the institution. This is an important point if instructors require students to post to a blog, social networking site, or any other site not affiliated with the institution. In this case, “the activity may not be FERPA-protected because it has not been received and therefore is not in the custody of the university, at least until the student submission is copied or possibly just reviewed by the faculty member.” (NC State FERPA Guidelines)

Policy Suggestions
While it’s important to check with your own institution regarding FERPA policy guidelines, here are some policy suggestions culled from a variety of university sites for instructors who want to incorporate social media into their classrooms:

FERPA does not forbid instructors from using social media in the classroom, but common sense guidelines should be used to ensure the protection of students.

References
American Council on Education, Letter on FERPA, May 8, 2008.