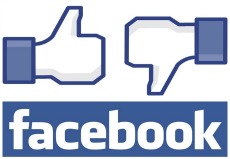 While discussing the nuances of regression analysis, I saw some of my students smiling. It wasn’t a smile of understanding; it was a response to seeing a Facebook comment on their smart phone. I later learned that 99% of the students in the research method class were Facebook users, routinely checking for updates 10-20 times a day. I asked them to refrain checking their phones during class.

The next semester, I decided to embrace social media and created a Facebook page for the class, which was comprised of 25 students. It was actually fun and easy. In less than two hours, I had created a page with relevant material for the course. For the sake of privacy, I kept the class page separated from my personal Facebook account.

I encouraged my students to join and discuss their research on our Facebook page. I visited the page each day to answer questions and post relevant articles. The page seems to be a natural addition to this course, which requires the budding researchers to discuss and review literature, data, and regression analysis.

Many of the students began participating instantly (though some never signed up). The students quickly formed study groups outside of class, exchanged articles, and helped each other. Overall, they performed better than the non-participating students. The discussions on Facebook were commendable and carried over into face-to-face discussions. In class, students were interacting like never before and seemed more comfortable with each other as a result of the online interactions. Not only were the discussions in class livelier, but also the students were more insightful in discussing each other’s research. After all, they knew the topics beforehand.

The only real problem was that not everyone joined our Facebook page. Consequently, for the next semester, I made it a course requirement. Participation grades were given for helpful suggestions and discussions via Facebook. Naturally, everyone joined, and the discussions were busy, though a few remained invisible, except for doing the minimum to qualify for their participation grade.

The next day, after wrapping up with a class of about 180 students, a bunch of them approached me and asked if I use Facebook. “Yes, I have an account,” I said.

They asked, “Would you be comfortable joining our Facebook group for this class?”

“You have a Facebook group for my class?” I was intrigued.

“Not the whole class, just 12 of us. We try to help each other with the material.”

Why a Facebook group
This time I set up a Facebook group for the research methods class and everyone joined. I set it to be an open group thinking that these discussions might be helpful for other sections. Some students were concerned about the open status of the group and thus created anonymous Facebook accounts to join the group.

The participation and discussion rates were higher than ever, and more problem solving, and other requests were made for help with the course. This module helped achieve what face-to-face, three-hours a week interaction could not. I have decided to make this technology a permanent feature in my course. However, next semester, we will have a closed Facebook group.

This is what I have learned:

As for the benefits of creating a Facebook group for your course, not only am I seeing better online interactions and face-to-face discussions, but it’s a fantastic way to get mid-semester feedback from the students.

For a step-by-step tutorial on setting up a Facebook group, view the Mashable article: Everything You Wanted to Know about Facebook Groups.

Dr. Nisha Malhotra is an instructor in the Vancouver School of Economics at the University of British Columbia.