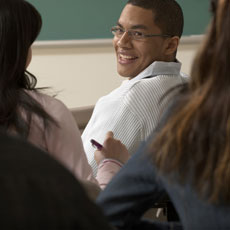 In the October 3rd issue of Faculty Focus, Maryellen Weimer underscores the idea that faculty need to take care of their instructional health and recognize the importance of emotional rejuvenation. She ends the post by asking readers: What are some things you do when you feel your teaching may be growing “tired?”

I discovered yoga as a powerful antidote to the burnout I was experiencing while working toward my PhD. Yoga, which includes mindfulness or meditation as a corollary, is a vast discipline and embodies an entire philosophy of existence. Interestingly, as time went on, I began to increasingly look to the philosophy of yoga to conceptualize success in academic life. In this article, I draw from this wisdom tradition to address another question that the September 12 issue of Faculty Focus poses: If a new teacher or a new college student asked you what’s most important to know up front, how would you respond? This is a worthy question, and I would like to volunteer a response based on insights drawn from yoga. If a new college student asked me what’s most important to know up front, I would tell them about three principles that foster excellence in academic life.

The “100 Percent” Principle: The first principle of yoga that has profound implications for academic work is the 100 percent principle. That is, giving 100 percent, nothing less. When one puts in one’s full effort into an action, the theory of yoga informs us, it sets us free by pulling us into the present moment which, in turn, bestows tremendous energy and clarity.

Occasionally, at the end of the semester, once the grades have been posted, a student will come up to me wondering why they ended up with a C and not the B which they were expecting. They seem genuinely surprised. Or it may be someone, more rarely though, who is surprised that they made a D instead of a C. After we go over the grade breakdown, I ask them if they put in their 100 percent into the course right from the start. Their answer is invariably an unambiguous NO. They typically report putting in just enough effort which they thought would allow them to make the B or C they wanted on a specific test. In other words, their calculations let them down.

The Principle of Long Term Joy: One may opt for short term ease or long term success. The will to face head-on the challenges of difficult projects, pre-class preparations, assignments, and research papers has the potential to make our students grow tremendously if they do the work with sincerity and dedication. The hard work has the potential to yield a rich harvest in the form of academic and professional success later on. By not avoiding the discomfort, a learner overcomes the problems by become bigger than the obstacles and is able to tackle new challenges with much less struggle and stress later on.

The Principle of Unity: The third principle that facilitates excellence is the principle of unity or wholeness. It is about seeing the oneness of things. It’s about seeing the hidden connections. The principle operates at two levels. First, it reminds us of the subtle unity of the intellectual enterprise. It reminds us that knowledge with limited boundaries is incomplete knowledge. If the famous French philosopher and social historian Michel Foucault’s assertion is true that knowledge is power, imagine the power unleashed when one is able to connect the dots across the disciplines.

Second, excellence does not know how to be selective. Excellence strives to be holistic. For students, the implication is that regardless of one’s major, every class and every assignment is important and deserves to be approached with a high level of commitment, not just to maintain a good GPA, but also because all knowledge is connected. Knowledge gained in one area complements and reinforces knowledge in another. Competency gained in one area complements and reinforces competency in another. No learning ever goes waste.

In the flat world of tomorrow, when access to education and technology will have leveled the playing field for everybody all over the globe, two things will stand out as prerequisites for success and leadership, namely the ability to innovate and the ability to effectively adapt to the innovation around us.

Innovation, in its truest sense, is a marriage between high quality skills, or know-how, and refined thinking. The refinement of mind and the pursuit of academic excellence go hand in hand, for it is not mere education per se, but the understanding gained through the persistent pursuit of excellence in education that transforms and refines the mind. It is the quality of a person’s mind and the quality of a person’s skills that will matter the most in the future. Awareness of these three principles can help us make the most of the valuable opportunities we get to refine our minds and master our skills as academics and students.

Dr. Shonu Nangia is an associate professor of foreign languages in the Department of Arts, English and Humanities at Louisiana State University at Alexandria.