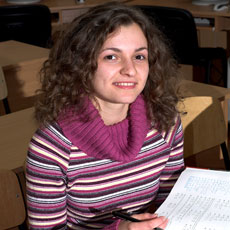 Motivation—there are two kinds: intrinsic, which involves doing something because we want to do it, and extrinsic, which is doing something because we have to do it. A negative relationship exists between the two. Extrinsic motivation undermines intrinsic motivation. Students won’t be attending class because they want to if attending class is required. As a result of this negative relationship, students don’t have much intrinsic motivation because it’s been beaten out of them by most extrinsic educational experiences. And that’s a nutshell version of how most teachers understand motivation.

Is that all there is to it? Steven Reiss doesn’t think so, and he has done lots of research that supports his view. But first he goes after the intrinsic-extrinsic dualism, which he says fails on three counts: construct validity, measurement reliability, and experimental control. Starting with construct validity, Reiss writes, “The distinction between intrinsic and extrinsic motivation is invalid … because motives cannot be divided into just two categories. … Human motives are too diverse to fall into just two categories.” (p. 152) He then explains the measurement problems and experimental control issues. The research that demonstrates an undermining effect (that extrinsic motivation diminishes intrinsic motivation) is almost entirely based on single-trial studies conducted in lab settings. “Consequently, this literature says little about real-world, long-term rewards such as grades and pay.” (p. 154) If the empirical arguments are of interest, they are more fully explained in the article.

To show the inadequacy of the intrinsic-extrinsic dualism, Reiss suggests giving students a list of motives like those on the profile and then asking students to rank their importance. “Doing this tends to show the extraordinary individuality of how people prioritize motives.” (p. 155) Some students rank money and status very high; others list the desire for social justice as much more motivating than money. Reiss asks whether “the information contained [on the various student lists] could possibly be captured by dualism, which only has two categories or kinds of motives. Dualism does not state what moves us; it does not show how we differ as individuals.” (p. 155)

Reiss says that researchers have moved beyond the dualistic study of intrinsic and extrinsic motivation. They see motivation as multifaceted, and he challenges teachers to move forward in their thinking as well. Students in our classrooms do and don’t do things in response to a variety of motives. It’s more complicated than we tend to think, but this new understanding of motivation better explains how it works and can be harnessed in the interest of learning.