Setting Students Up for Success 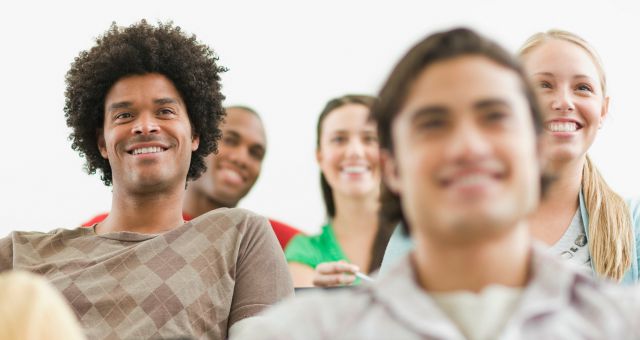 There’s an assumption that students arrive at college with some idea of how to study. They have, after all, completed four years of high school prior to their arrival, earning a seat in a college classroom.

But college is different. And we all know what happens when we assume.

In the first semester I taught general psychology, I covered the study method outlined in the first chapter of the textbook, then assigned the readings and a quiz for the next class. Most students did well on the quiz, and I achieved my goal of getting them to at least familiarize themselves with the study method in the book.

But as the semester progressed, a few things became clear: At least half my class didn’t complete the assigned readings on a regular basis. And based on their grades, it seemed that anything we’d discussed about study habits had fallen on deaf ears. Even the kids who shared relevant comments in class did poorly on the multiple-choice exams.

And so for the next semester, I decided to try a different approach.

In the spring semester, I once again had a small class—sophomores this time, instead of freshmen. These were students with a year and a half of college under their belts, who’d theoretically made the transition from high school to college and had some decent study habits in place.

Once again, I presented the study strategy from Chapter 1, this time eliciting comments from the students. As expected, the answers I got were the ones they thought I wanted. Aloud, they extolled the virtues of the plan, but their facial expressions and the lack of enthusiasm behind their words gave them away. It was clear that the majority of them had rejected the plan even before the end of our first class.

Rather than spitting the material back on a quiz, my students needed to tell me what they planned to do to achieve their desired grade in my class.

But I was prepared for that. So once again, I assigned the reading, but this time instead of a quiz, I assigned homework in the form of a Student Success Plan. Rather than spitting the material back on a quiz, my students needed to tell me what they planned to do to achieve their desired grade in my class. They could accept the strategy discussed in the book, incorporate it into a system of their own, or reject the plan in the book outright and devise something different.

I wanted to accomplish several things with this assignment. First, I wanted my students to begin the semester by reading the textbook, as that was a habit I expected them to cultivate.

Perhaps more important, I wanted to get them thinking about their study habits in specific terms. I suspected that at least 90% of them would reject the book’s plan, which begged a new question: What would they do instead? How could they create a plan that was individualized to their needs and lifestyles?

Finally, I wanted the Student Success Plan to be not just a homework assignment, but rather a document that we could use over the course of the semester. As a first step toward this process, I had them turn in hard copies of their plans, and then made sure to give them detailed, handwritten feedback. What had they done well? Where did they need to add more explanation or more detail? What concerned me about the plan they’d proposed?

By using the Student Success Plan as a communication tool before problems arose, we were creating a document they could pull out if discussions arose about grades and success in class later in the semester. With the plan approach, we could objectively evaluate what they were and were not doing, and in discussing how and why the plan on paper differed from the plan in real life, we could make realistic, worthwhile adjustments.

The Student Success Plan is a first step toward engaging students in the metacognitive processes that are so important for success beyond the high school level. By getting our students to think critically about a topic with which they have a great deal of familiarity (themselves), we enable them to practice the type of thinking skills we want them to apply to the material in class, without the stumbling block of challenging content.

About two weeks before the cumulative final exam, we revisited the plans. Were the students doing what they’d planned to do way back at the beginning of the semester? Was it working? What changes, if any, would they make as they prepared to study for a cumulative exam? By reviewing their best-laid (or sloppily dashed-off) plans from the beginning of the semester, all students, regardless of their level of success, could examine where their plans had led them to succeed, and where adjustments needed to be made before the final exam.

Though I certainly hope they’ll remember at least some of the course content, I’ll still be pleased if the only lesson they take away from our time together is one that’s related to their academic success beyond my classroom.

Lisa Lawmaster Hess is an adjunct professor of psychology at York College of Pennsylvania.