Reconsidering Assumptions About Students and Technology 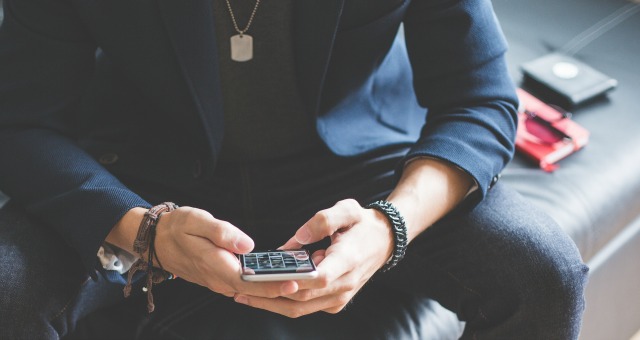 Early in the semester, I assigned my first-year students a blog post as a low-stakes “read and respond” writing assignment. Written by psychiatrist Samantha Boardman, the article “Stop This Habit Today!” focused on the habit of beginning and ending our days with technology. As you can probably tell from the title, Dr. Boardman is opposed to this habit, particularly when it interferes with things like sleep and real-world interaction.

Some of the responses from my students were exactly what I expected: passionate defenses of their right and desire to embrace this habit, even at the expense of sleep.

But more than three quarters of the group respectfully considered the writer’s perspective. Some had never heard that the lighting on electronic devices can contribute to sleep difficulties; a few actually agreed with the author. Others re-considered their habit, and I suspect that more than a few will make some adjustments in when they check their phones.

As for phone etiquette, every one of them agreed that there are times technology should be eschewed in favor of human interaction. In fact, there was tremendous agreement as to when those times were: mealtimes, study times, important occasions (weddings, funerals, church) and any time that a live human being is standing in front of you. Between the belief and the practice, however, lies the well-entrenched habit of checking their phones.

But therein lies an opportunity.

Many of my students suspected that my purpose in having them read the post was to get them to change, but the truth is, I’m just as guilty as they are. Technology has invaded our lives so surreptitiously that before we know it, a casual dalliance has become a full-blown affair, one that robs us of time in ways we don’t even realize, and that causes us to jump to conclusions that are sometimes unfounded.

Like the way we instantly equate millennials with technology. The assumption we make that if they begin and end their days by checking their phones, the only way to get their attention in an educational setting is to increase the level of technology involved.

But what I heard from my students was different. In the course of the conversation that followed the assignment, I asked them how many of them felt “teched out.”

Two thirds of my class raised their hands.

While I’m certainly not naive enough to believe they’re going to abandon their phones, I do think they’re hungry for human interaction as well. In the case of freshmen in particular, we have the opportunity to show them what to expect from the college learning experience, and to help them develop the habits we want them to use for the next four years. If we want them to check their phones at the door, perhaps we should re-consider our use of technology as well.

First-year students are making an enormous leap from their secondary education — which varies widely — to the world of post-secondary education. Asking them to navigate Moodles and Blackboards and online assignments seems like the right thing to ask of a generation whose eyes seem glued to electronics and social media.

But what if it’s not? What if it robs them of support they need to navigate the transition? When we replace the human element in education with technology, we erode a piece of our students’ support systems. And when we throw multiple platforms at them simultaneously, expecting them to learn them all at once when they’re already on overload, we’re making assumptions that can cost them their success.

Don’t get me wrong. I’m not advocating for the complete removal of technology. I’ve learned to love my Moodle, but it’s easy to forget just how long it took me to get there. We can’t just assume that kids who have facility with their phones will jump onto new platforms mid-ride and enjoy the journey. We need to ease them in, and make our decisions about using technology thoughtfully and with student feedback.

And so that’s what I did. After listening to their frustrations, I asked my students what I could do to help.

As it turns out, they had only one request: add a section to the Moodle where they could find their homework quickly and easily.

So simple. So intuitive.

And it had never occurred to me.

When I assigned them the blog post, I wanted them to think. And they did.

Even better, they made me think, too.

Lisa Lawmaster Hess is a retired elementary school counselor and an adjunct professor of psychology at York College of Pennsylvania.