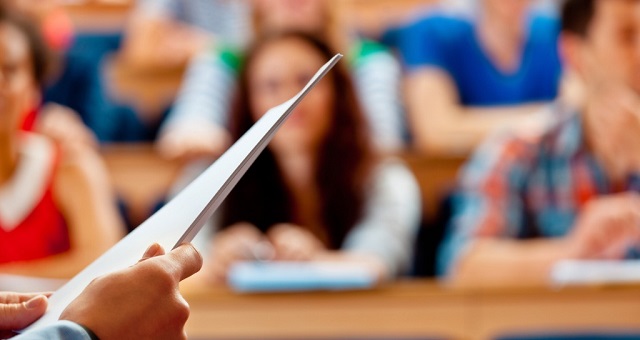 Presently, 40 states have adopted a full or partial interpretation of the Educational Leadership Consortium Council (ELLC) standards (Vogel & Weiler, 2014). Principal preparation programs must fully integrate these standards into their course curriculum, if their driving force is student success. It is anticipated that by adhering to ELCC standards, accredited CAEP principal preparation programs are naturally employing the most current leadership knowledge and best leadership practices throughout their coursework (Vogel & Weiler, 2014).

The majority (48) of the nation’s state education regulatory agencies require principal candidates to take and pass some sort of licensure exam and complete other applicable criteria, in order to be considered fully licensed for a principalship candidacy (Herrington & Wills, 2005). Specific criteria inclusive of how many attempts a student will be allowed to take the licensure exam is mandated by each state. States may allow students to take the licensure exam an unlimited number of times or only a set amount of times. Only, the states of Florida and Michigan do not require that principal candidates pass a licensure exam as part of their state certification criteria (Herrington & Wills, 2005).

Updating testing criteria and aligning it to a university’s principal preparation program’s curriculum does guarantee the production of a higher qualified principal, but not necessarily a better leader (Adams & Copland, 2007). Moreover, it does guarantee to separate good test takers from bad test takers. It also serves to keep out good leaders who are bad test takers. Regrettably, limiting the pool of future exemplary leaders, completely dismisses the thought posed by Adam and Copland (2007): “leadership is a social process not a technical one” (p. 157). It also allows students who have spent thousands of dollars to be handed a principal’s degree without certification. Ultimately, it is a moot point for a student to seek a master’s degree in the principalship, since it will be worthless without the culminating piece of the puzzle, the licensure certificate.

So, how do we best align our curriculum to minimize our programs’ students from failing their licensure exam? Better curriculum alignment appears to be the first thought that comes to mind (Anderson and Reynolds, 2015). Taking the state’s ISSLC’s and thoroughly addressing them within the content of each of the required principal courses is a common response to seeking to alleviate and remedy the problem. What else can we do? We might consider providing students with access to “drill and kill” activities correlated to self-made practice tests, which would allow them to review the format and closely aligned content of test questions.

As educators in the field of educational administration at a public university in the United States, we are always searching for ways to increase student understanding, internalize learning, and how best to prepare principal preparation students to experience success not only in their master’s programs (Browne-Ferrigno, 2013), but also in passing their principal certification exams. Presently, in our burgeoning study, we have been surprised with what we consider to be the relatively low student passing rate on the principal certification exam, especially since program curriculum/coursework and the principal certification test are supposedly aligned. How well aligned is the curriculum to the course content and licensure exam? How can we explain students’ failures to pass the exam?

Response to a challenge

What can a professor do to improve his/her instructional effectiveness and increase student learning on an on-going basis; thereby, offering the student the greatest opportunity to achieve program and eventually certification success? By aligning the academic program and administering a pre-representative (practice) test, we were afforded the opportunity to be creative and proactive in improving and internalizing learning, through students gaining insight into their personal understanding of the knowledge, skills, and dispositions relative to the principalship during their first semester of their year and a half program. Having the opportunity to utilize the “representative” test (the official Educational Agency recognized practice test) allowed a glimpse into the students’ current strengths and areas of need.

All new students in the principal preparation program were contacted and informed that taking the “representative” test was a requirement. The process presented below that spans the entire program helped internalize student’ learning and better prepare them to obtain principal certification; a belief based on current feedback from program participants and hopefully later confirmed through increased student certification success.

During a student’s first semester in the program, they are required to take the “representative” or certification practice test (Texas Education Agency, 2018), a test designed to be taken at the end of the program to prepare students to take the principal certification test. Since the entire program is online, students either post their confidential test results in the course or directly to the researcher through email, and a participation grade is assigned. After test results are received, individual student conferences are scheduled where results and their significance are discussed. Much emphasis is also given to the need for them to include principal competencies as part of their administrative philosophy and decision-making process. Students are further reminded that course content throughout their program is tied directly to the principal competencies and, therefore, their success in passing the principal certification test, and that the certification test is primarily multiple-choice and their success depends on viewing options through a principal competency lens.

After the researcher confers with students, carefully chosen resource materials are forwarded to them for review, specifically information that previous students have identified as useful in reinforcing the principal competencies. Examples of such useful material include: principal domains and standards; approaches and practice in answering multiple choice questions; a study plan sheet; and preparation resources. We have found that students appreciate most a list of descriptive statements that are tied directly to each of the principal competencies describing in greater detail the knowledge and skills eligible for principal certification testing.

When all first semester “representative” test results are received, they are tabulated to identify trends from a total cohort perspective and shared with program faculty after their alignment with program courses and curriculum. To date, individual course faculty have taken it upon themselves to decide how best to make use of this information, but the hope is that course professors will address any trends requiring remediation within their courses and that discussion will take place among program faculty as to how they addressed cohort remediation and the perceived results. A relative low score in a competency should represent an important area of concern, as well as a personal challenge for all program faculty members.

As has been the practice at the end of our principal preparation program, students completing the program are invited to participate in our program’s principal preparation “boot camp” for a four-hour test review workshop. The researchers suggest that a comprehensive plan and supportive programs that internalize critical learning from the beginning to the end of the program be integrated into the courses’ curricula. Even though our program leading to master’s degree in educational administration is in the beginning stages of a new effort of internalizing essential leaning, it is imperative that we offer all students the best opportunity to achieve success, not only in the program, but later as practicing school administrators.

Anderson, E. & Reynolds, A. (2015). The state of state policies for principal preparation program approval and candidate licensure. Journal of Research on Leadership Education, 10(3), 193-221.

Ava J. Muñoz is an associate professor at Texas A&M University-Commerce in the department of educational leadership. Her research interests include areas within educational leadership reform, mentoring, and gender equity in the superintendency. Ava has written and published several chapters, and articles on gender equity in the superintendency, mentoring women school administrators, and higher education mentoring and has presented at numerous national and state education organizational conferences.

Warren Gordon Ortloff is an assistant professor of educational administration at Texas A&M University–Commerce where he teaches master- and doctoral-levels courses online; serves as dissertation chair for 20 doctoral candidates; maintains an active research agenda; and is of service to the community.  Previously, Warren was an assistant professor of educ. admin. at the University of North Texas–Dallas and at the University of Southern Mississippi, where he served as the departmental  international master’s coordinator.