Plagiarism: An Interesting Disconnect between Students' Thoughts and Actions 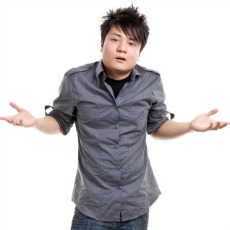 Almost 800 business, engineering, education, and health services students completed a fairly typical plagiarism survey. They were asked how strongly they agreed with a statement defining plagiarism as copying text and inserting it in a paper without citing the source. They were asked how often they engaged in this specific behavior. As in many other survey studies, 75 percent of these students agreed or strongly agreed that copying text without referencing it was plagiarism. Eighty-one percent said that the behavior should result in strong punishment, and 84 percent said that they never or rarely engaged in this practice. None of those results are new or particularly surprising.

But that was only the first half of this survey. In the second half, students were given a scenario (an adaptation of one used in previous research). It opened with some original text from an academic paper and was followed by a piece of writing identified as being authored by a student. The student writing included two identical sentences from the original text that were not referenced. Students were asked to rate the seriousness of this breach of academic integrity. Surprisingly, only 30 percent of these students agreed that inserting the text was a breach of academic guidelines, although 64 percent said that in this case a reference was required.

The researchers believe their results verify this point. “Throughout much of the literature on plagiarism in higher education, there is an implicit assumption that students who understand plagiarism, who have high ethical views, and who declare not to engage in plagiaristic behavior are able to recognize and avoid it in practice.” (p. 34) In other words, they believe there is a serious disconnect between what students think and report and what they actually do when faced with an incidence of plagiarism. They point out a further paradox. Students are surveyed as to their beliefs about plagiarism, which means we ask them to provide honest reports of their own dishonest behaviors. Doesn’t that motivate them to give the answers they think are correct as opposed to answers that truthfully reflect their beliefs?

Why didn’t more of these students see this insertion of text from another source as a legitimate instance of plagiarism? The authors wonder if maybe they didn’t think taking just two sentences was enough to constitute plagiarism. Maybe students think that plagiarism involves taking whole papers and submitting them as their own. But a majority of these students did see the need for the material to be referenced, which would seem to indicate that they recognized the plagiarism, but just didn’t consider it all that serious.

Perhaps as faculty we aren’t doing as much as we should to promote academic integrity. Its importance to the academic enterprise is so obvious to us that we forget that students do not see the world as we do. Students also do not understand that when they plagiarize, they are the biggest losers. They see borrowing ideas and information from others as a way to make a difficult writing assignment easier. Yes, maybe they will be caught and punished. That’s the risk they take, but compromising the potential of a learning experience, that’s the real and high price every student pays when the work the student submits isn’t his or her own. Are we confronting them with that message often enough?