How Can We Amplify Student Learning? The ANSWER from Cognitive Psychology 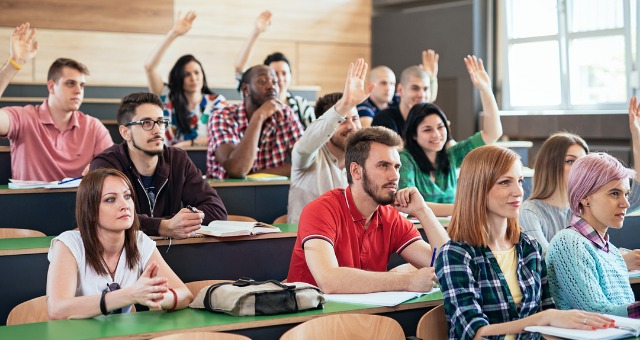 In the early 2000s, anyone learning about pedagogy might have encountered “learning styles,” a collection of theories that assert people learn differently, coupled with the advice to teach in ways that include visual, auditory, and/or kinesthetic learning.

We know now from rigorous testing in cognitive psychology that learning styles are really learning preferences that do not correlate with achievement (An et al., 2017). It turns out that learning happens similarly in fully-cognitive functioning learners, and it all has to do with brain processes that enable long-term memory. Books about study techniques built around learning science principles have proliferated in recent years (Carey; Sousa; Brown), with some now also tackling the strategies teachers can employ to encourage students to study more effectively (Zakrajsec; Willingham).

While cognitive science literature is exciting, it lacks a unifying structure to enhance practitioners’ recall and application of the findings. To assist time-strapped instructional faculty and staff, we offer a consolidated summary of key cognitive science principles, in the form of an easy-to-remember acronym: ANSWER.

Attention: Learning requires memory, and memory requires focused attention. Multitasking is a myth, and even the more scientifically-accurate term “task-switching” yields errors compared to focused attention. The brain is quite adept at filtering out dozens of simultaneous stimuli, as it does every second of wakefulness. Attention is a required ingredient for learning. This has ramifications for syllabus policies on the use of electronic devices for note-taking, which have been shown to be irresistible and therefore lead to distraction and lower scores (Ravizza, Uitvlugt, and Fenn). Even when students are not distracted, laptops are used primarily for dictation, which does little for long-term memory; writing by hand does more to stimulate attention and build neural networks than typing (Mueller and Oppenheimer).

Novelty: The brain craves novelty. We scan the environment for anything new (and potentially dangerous). While an evolutionary advantage in a natural setting that might include predators, it also means that an overly-safe environment is one that the brain considers dull and unworthy of complete attention. By building variety into lesson plans, activities, and opportunities for practice, instructors amplify potential learning for their students. Further, the use of metaphors in teaching enhances transfer, hemispheric integration, and retention, so using picture prompts and images can further solidify student learning (Sousa).

Spacing: Sometimes called “distributed practice,” the spacing effect refers to the jump in performance when students study a subject and then practice with gaps of time, ideally over one or more nights (sleep helps with memory consolidation), as compared to studying all at once, as if cramming the night before a test. Cramming, or massed practice, is successful for temporary test performance, since information is loaded into working memory. But the practices that work well for short-term memory do not work well for long-term memory. The spacing effect is particularly effective when combined with interleaving, the intentional practice of mixing in older learning tasks/skills with the new ones (Roedeiger, et al.). An ideal example of this would be regular quizzes in the semester that are cumulative (think “tiny final exams”).

Why: Seasoned instructors frequently share context and meaning with students at the beginning of new unit or project, which leads to greater retention and mastery. Memory is associative; when new memories are formed, neurons wire together (and later fire together), so the context can lead to the information, and vice versa. A teaching strategy of comprised of questions to guide lesson plans (perhaps even beginning with mystery) can pique student interest and learning potential.  If you use PowerPoint, Haiku Deck, or Prezi, do your slides consist primarily of answers or questions? Mixing these up (or intentionally beginning class with open-ended questions) allows students to connect with material and “start with why.”

Emotions: Short-term memories are stored in the hippocampus, a portion of the brain associated with emotions; the same area where we consolidate short-term into long-term memories overnight. It’s little wonder that students who dislike an academic subject have difficulty learning it! As instructors, we create the conditions in which students will motivate themselves (Ryan & Deci, 2000) by infusing our interactions with the positive emptions of curiosity, discovery, and fun. Simple gamification (quizzes with immediate feedback, for instance) can help.

Repetition: The creation of a new memory really means the formation of synapses across neurons and new neural pathways. These pathways and bridges degrade over time unless the synapse fires again. Consider the days before smartphones, when the way to remember a phone number was to repeat it several times mentally. Repetition, in all its forms, enables more effective recall later. This is why quizzing, practice testing, flashcards, and instructor-driven questioning and challenges are so effective.

A balanced approach to course design, assessment strategies, and lesson planning that incorporates the principles of ANSWER will enhance student engagement and help them focus on long-term learning. In practice, this results in chunked content experiences, varied formative assessment opportunities to practice learning, and a rigorous assessment structure that keeps students accountable on a cumulative basis. We’d love to hear other cognitive science-informed teaching strategies you’ve used in your courses in the comments.

Ryan, Richard, and Deci, Edward. Self-determination theory and the facilitation of intrinsic motivation, social development, and well-being. American psychologist, 55, no.1 (2000

Kevin Yee is the assistant dean of undergraduate studies at the University of South Florida, where he also serves as director of the Academy for Teaching and Learning Excellence.

Diane E. Boyd is the director of the Biggio Center for the Enhancement of Teaching and Learning at Auburn University.