'Grading Motivates Learning' and Other Dead Ideas in Teaching 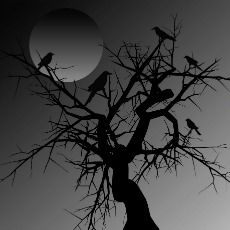 In her 2010 presidential address to the Midwest Sociological Society (a published version of the speech is referenced below), Diane Pike proposed three ideas about teaching that she says are dead. She borrows the concept of “dead ideas” from a book by Matt Miller, The Tyranny of Dead Ideas: Letting Go of the Old Ways of Thinking to Unleash New Prosperity (2009). Pike explains, “Ideas are dead because they are no longer correct, if they ever were. They are tyranny because we cling to them despite the evidence. Thus, we fail to act as we should.” (p. 2) Here are highlights from the three dead ideas Pike discusses in her speech.

Students are not as prepared as they used to be. According to Pike, “The problem is not so much the idea is untrue as it is that the idea is tyranny.” (p. 3) She says she first heard the claim made when she was a student and has regularly heard it since. “If this perception of student decline in college readiness has been operating for at least the last 40 years, it probably does not make sense to use it as any sort of meaningful benchmark.” (p. 4)

When we say that students aren’t prepared, what do we mean by prepared? College readiness is defined differently by the experts, by institutions, and by individual faculty. Pike offers the following as examples of the tyranny that results from this belief: The constant call to raise admission standards (if only the students were better, the problem would go away) and the proliferation of study skills courses, supplemental instruction, developmental courses, and other special courses for beginning students. “We do many constructive things,” she points out. “What we fail to do is examine deeply enough what we teach and how we teach it.” (p. 4)

There’s an important distinction to be made between evaluation and grading: “Evaluation is the process of making a judgment about the quality of work using either an explicit set of criteria or an implicit one. … Grading is the step of assigning a summative symbol that represents overall performance.” (p. 5)

She objects to complicated point systems, claiming that they get students focused on the wrong things. “Quantifying assignments, docking points for lateness, and [using] intricate point systems of 400 points or 1,000 points that are spread across varying categories distract students from what should be motivating their learning.” (p. 5) Do we know how these point systems affect students? This is a very different question from asking if they like those systems.

Pike continues, “Interesting and relevant assignments, timely feedback, connection between student and teacher, connection among students, meaningful use of time—these things motivate learning. Thinking more explicitly about grading and evaluation, finding out what students experience by asking them, and reconsidering what grading does motivate, we can unleash new practices that just work better for all of us.” (p. 6)

Technology is either saving or ruining higher education. We still have only limited empirical evidence documenting the learning effects of online courses and blended learning or hybrid courses. Pike warns, “There are still not enough people … asking why we should do this.” (p.7) She is not proposing that we reject technology or that we endorse it. After all, she says, “If we could get rid of technology, would we? No. But when we let go of the idea that technology makes or breaks our teaching, our curricula, or higher education as a whole, then we can more easily see technology for its real value—improving pedagogy.” (p. 9)

Pike’s address is one of those fine pieces of scholarship that provokes thinking. Pike acknowledges that not everyone will agree with the ideas presented here. Her purpose is to challenge—to promote a reassessment of what we believe and what we do as a consequence of those beliefs. This is an article well worth reading and discussing with colleagues.