Remembering the Coach Who Was a Teacher 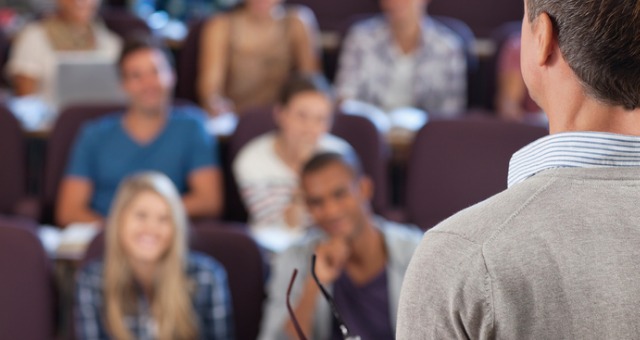 I lost a dear friend last month, the colleague and mentor who taught me more about teaching and learning than anyone else. Over the years, Larry Spence wrote a number of pithy pieces for The Teaching Professor. Here’s my favorite.

The Coach Who Was a Teacher

I walked in the first day of class wearing a ball cap, whistle, and clipboard. “I’m your coach. Your performance is the focus. My job is to help you get better. We’re going to learn to think critically and creatively about the toughest problems in political science.”

Horror tugged at every face in the room. I hurried into the opening exercise of the class—to discuss elements of the students’ best learning experiences. I took off the hat, put the whistle in my pocket, and shed the clipboard. Even so, at the end of the class two students approached, wondering if maybe they should drop.

So much for being a guide on the side, I thought. And yet coaching seemed like the best metaphor to describe the way I wanted to teach. What were the best coaching practices? I questioned colleagues in the kinesiology department and wasn’t happy with their answers that scattered between providing therapy, yelling, motivating, and delivering sermons.

Then I stumbled on to the obvious: John Wooden, a basketball legend who’s considered the best coach of the twentieth century. Wooden won 10 national basketball championships for UCLA and a record 88 consecutive games. Two education researchers observed his practices in his last (1974-75) season. The sessions were exactingly choreographed and loaded with terse information. There were no pep talks or elaborate praise. The coach never mentioned winning.

Wooden thought coaching was teaching. His method was to present a model performance, observe how players performed, and then intervene to highlight errors and show ways to correct them. His teaching started with carefully planned practices. He kept track how warm ups, demonstrations, corrections, and exercises worked. Reading about his diligence put me to shame. What seemed like small stuff—scheduling, timing, pace, even the correct way to wear socks— were major to him.

During practice Wooden emphasized repetition with variations in resistance and intensity. His model was to demonstrate, then practice, practice, and practice. He called this a part/whole design. You first introduce the whole context of a play; break it down into skills to be practiced, and then recombine the parts in a scrimmage.

As for how he interacted with his players, always the perfectionist, he corrected every mistake quickly. He addressed the act, not the actor. Players were kept focused on improvement rather than rewards. He did not strive to avoid errors but exploited them as clues to players’ misconceptions. When a player mastered a skill he raised the pressure or assigned a new skill. The goal was for players to think and have options to improvise. For his players, practices were harder than the games.

The researchers found that 75% of his comments were information about how to do something or how to improve it. On average, the comments lasted less than 20 seconds. He did not say, “Good job” or “bad job.” He did not go in for elaborate explanations. His attention was on the little steps that lead to improvement.

He dealt with players individually, working to deliver instruction when it would produce learning. Successful coaching depends on knowing the limits and capacities of each player. “The most unfair thing to do is to treat everyone the same,” he observed. Wooden was shocked when a faculty colleague told him, teachers present knowledge; it’s the students’ job to get it. He believed the opposite. If students haven’t learned, then the teacher hasn’t taught.

Our classrooms are a long way from Wooden’s practices. But shouldn’t they be more alike? Shouldn’t they be learning spaces where students can try, fail, and be instructed? What I learned from the Coach was the necessity for a teacher to enter the learners’ experience. I needed to observe and listen until I knew their strengths, weaknesses, and uniqueness. That requires intense work, but doesn’t it reflect the duties of our profession?

When he died on June 4, 2010, commentators recounted Wooden’s incomparable records and his impact on those he coached. Renowned for modesty and dedication to his principles, Wooden seemed a wizard to most. But to me he was a teacher; maybe the best.

–Reprinted from the November 2010 issue of The Teaching Professor.

And if you haven’t read this article, you’ve missed a classic. It’s Larry at his very best.