Save the Last Word for Me: Encouraging Students to Engage with Complex Reading and Each Other 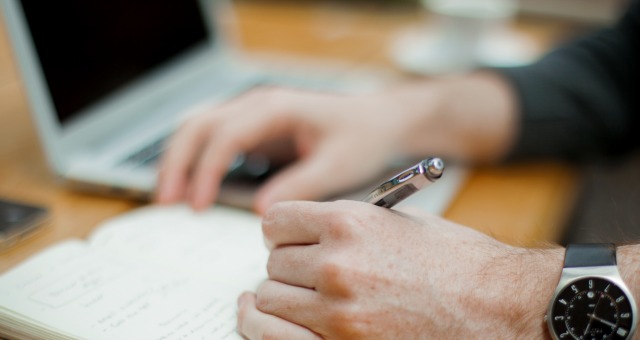 Online discussions are often implemented in college classes to allow students to express their understanding and perceptions about the assigned readings. This can be challenging when the reading is particularly complex, as students are typically reluctant to share their interpretations because they are not confident in their understanding. This can inhibit meaningful interactions with peers within an online discussion.

Through a review of research, we found that more structured discussions tend to exhibit higher levels of shared cognition (deNoyelles, Zydney, & Chen, 2014). One highly structured and interactive strategy to support students as they discuss complex readings in an online discussion is to use a protocol. Although many different kinds of online protocols exist (see McDonald, Zydney, Dichter, & McDonald, 2012), they all establish a well-defined goal, set clear roles and rules for interactions, and clarify deadlines. They also can foster an environment where people feel freer to value diverse ideas and learn from one another. A protocol called Save the Last Word for Me is specifically designed to have students openly interpret complex text (McDonald et al., 2012).

We implemented the Save the Last Word for Me protocol in an online graduate course on educational technology (Zydney, deNoyelles, & Seo, 2012). Students read articles about a complex theoretical framework for designing technology-based learning environments and then engaged in an online discussion. In the beginning of the week, half of the class (about six or seven students) was asked to create a discussion thread which included a brief passage from the readings that they thought was both important and complex. They were told not to reveal why they chose the passage, in order to encourage other students to openly interpret it.

During the middle of the week, two students posted a reaction to each passage, offering their interpretations. At the end of the week, the students who first selected the passage posted a final reaction (“last word”), revealing their original interests in the passages and reflecting on what they learned from reading the interpretations from the other two students. A similar discussion took place the following week, with the other half of the students posting the passages.

To better understand the influence of Save the Last Word for Me, we compared it to a similar discussion from another class section of the same course in which students responded to an open-ended initial prompt based on the same readings and then replied to at least one other student’s response (Zydney et al., 2012). Through the analysis of discussion posts, we found that students who used the Save the Last Word for Me protocol engaged in more shared cognition and took greater ownership of the discussion than the other class. The increase in interaction likely resulted from the defined roles for communication that explicitly prompted students to reply to one another and work together to interpret the passages.

Student feedback was also favorable. Several students remarked that they enjoyed seeing how each student made different connections to the text. In addition, many students voiced that the protocol helped them get to know one another better. One student shared that he enjoyed “getting into someone else’s head and seeing what intrigues them.” The Save the Last Word for Me structure made it less risky for students to choose passages that they found difficult, and more free to openly interpret a passage even if they were not confident in its intended meaning (Zydney et al., 2012).

Save the Last Word for Me could be used in any class that involves a complex reading or ideas that may strike people differently. This could involve undergraduates or graduates, and the approach can be adapted to different course formats. For instance, in a face-to-face class, students could be asked to write down a complex passage on a piece of paper, and then have a few minutes to try and interpret others’ passages (see McDonald, Mohr, Dichter, & McDonald, 2013 for this and other in-person protocols). A whole class discussion could follow, allowing the teacher to assess what the students find complex and providing an opportunity for facilitation and direct instruction as well. For classes that are larger in size, several smaller groups could be formed to keep the discussion manageable.

References
deNoyelles, A., Zydney, J.M., & Chen, B. (2014). Strategies for creating a community of inquiry through online asynchronous discussions. MERLOT Journal of Online Learning and Teaching, 10(1), 153-165.

Zydney, J.M., deNoyelles, A., & Seo, K. (2012). Creating a community of inquiry in online environments: An exploratory study on the effect of protocols on interactions within asynchronous discussions. Computers & Education, 58(1), 77-87.