Tips for Humanizing Your Online Course 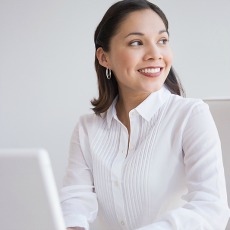 Taking an online course can be an isolating experience, but it doesn’t have to be. There are several key techniques you can employ to humanize your online courses and thus improve the learning experience as well as success and retention rates.

Create an inviting space
Humanizing an online course means making connections so that students feel a relationship to the course, fellow students, and the instructor. Jim Marteney, distance education trainer at Los Angeles Valley College, likens this idea to the concept of the third place—a place other than home and work where people come together to interact and build community, an idea popularized by Ray Oldenberg in his book Celebrating the Third Place: Inspiring Stories About the “Great Good Places” at the Heart of Our Communities.

“More and more I’m seeing things like Facebook become a virtual third place, and so my question was how can I humanize my online class to make it a place my students want to come to instead of just feeling obligated to come to?” Marteney says. “Seeing how people are addicted to Facebook, how can we do that so they want to come and see how people respond to their discussions in an online class? So my movement was away from just presenting content and toward getting students involved.”

The look and feel of a course is important. Consider the home page. Does yours prominently feature a list of tasks or is it an inviting space that encourages and intrigues students? Marteney’s opening screen includes a good deal of white space so students do not feel overwhelmed. A middle section has space where he can embed a video or graphic, one side has a list of tools, and the other side has announcements. “In my announcements I rarely say, ‘You must do this.’ I try to make contact with my students. The opening screen is an invitation to come in. I stay away from task lists. I don’t want them to dread logging in,” Marteney says.

One often-overlooked opportunity for getting one’s personality across is during icebreaker activities. Marteney recommends that the instructor participate in these activities and set an example for the students. “Like everybody else, I have an icebreaker to get to know the students, but one thing I find my instructors don’t do automatically is answer the icebreaker questions themselves. So I’ll give the opening icebreaker—three questions. And I’ll say, ‘Here’s how I would answer it … ’ so now they have a model answer, plus they know something about me. That’s one way I get them introduced to what I expect in discussions. My icebreaker questions are: What do you want to be when you grow up? What are three things about yourself? What is the history of your last name?”

Personalize the discussion forum
“I think discussions are the major part of an online class. I think that’s where the action really is. One thing facilitators can do is make the discussion topics interesting, not objective, but something students can put their personalities into,” Marteney says.

Rather than asking objective questions, Marteney recommends asking for students’ reactions to the content. For example, he worked with an administration of justice instructor who initially created a discussion that had students look up three forms of punishment that are no longer used and provide information about them. “By the fourth student, they were done. So we changed it to where each student would find one punishment that he or she liked and explain why. That changed the whole feeling of the discussion. Now they can agree or disagree with each other and really get involved.”

When devising a discussion topic in an online course it helps to look to what you might do face-to-face. “The biggest thing you’ve got to figure out is how would you sell it in class? Online all of a sudden people say, ‘Define intelligence,’ but in a class you would never walk in and look at the class and say, ‘Define intelligence.’ You would set up the discussion, give background into it, and then bring in the discussion topic. That’s what I try to duplicate in an online class,” Marteney says.

Provide ways for students to make the course their own
Marteney recommends giving students choices in the course so they feel more invested. For example, he gives students choices of discussions to in which to participate. “This gives them the feeling of control over their learning, and oftentimes they end up doing both. Once they commit themselves to a choice, they feel they’ve made that decision, so they’re a little more motivated to do it,” Marteney says.

Another way to give students ownership of a course is to have them create content used in the course. This can start off by simply asking students to find a relevant website and share it with the entire class. Once they experience sharing in this manner, they begin doing it without being prompted.

As a course progresses, Marteney has students contribute in more sophisticated ways. For example, in a cultural communication course he’ll select a country and have students contribute to a Google presentation on the various aspects of that culture. Each student contributes 10 slides to the presentation. “They get motivated by one another. It becomes a magnificent group project. Instead of the traditional paper, I let them bring in media, text, videos—all sorts of things. They seem to enjoy that a lot more.”