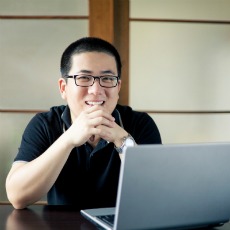 Shrinking budgets and increasing enrollments are putting online instructors in the position of teaching larger classes. Accommodating more students means rethinking how you teach your courses. Otherwise your workload can quickly become overwhelming.

Strategies that work in relatively small online courses do not necessarily translate when enrollments increase. Without a change in instructional strategies, doubling the number of students doubles the instructor’s workload on things such as grading and feedback.

Group work
Creating effective group work experiences requires work up front on the part of the instructor, including selecting appropriate projects for collaboration, considering group dynamics, and setting expectations. Restine says that when group work fails, it is “because we’ve simply gone in and said, ‘Go work in a group.’ That’s just a perfect recipe for a disaster because everyone thinks they know how to work in a group, but the reality is that very few people actually do.”

When poorly planned, group work can actually increase the instructor’s workload due to confusion and having to help students work through group processes. This is why it’s essential that groups operate within a set of ground rules. Restine offers suggestions but does not impose any particular group work model on students. “I give a couple of models of group ground rules, but I require my groups to come up with their own unique set of ground rules. I also require all of them to sign off that they are going to abide by the group’s rules. I try to give them a lot of ownership in developing their own set of rules. Having them develop their own ground rules and actually have to work together at a distance to come to consensus about the rules takes care of a portion of the issues that I traditionally ran into in terms of group work,” Restine says.

The goal of group work is to develop a better project than students would create individually. Therefore, Restine tells students that rather than taking turns on the project, they should share the work.

“Group work isn’t just dividing up the work so everybody does less. I expect them to eyeball the others’ work,” Restine says. For example, when it is obvious that group members have not reviewed each other’s work, he will withhold the grade and remind them that they need to be more collaborative. “I’ll do that one time in a class, and I never have to norm them again. They get that very quickly,” Restine says.

He also stresses the importance of respect for each other, telling students “It’s fine to disagree. Just don’t devalue the other person. Let’s stick to the issues and disagree on the issues.”

Restine requires group members to document problems that arise within the group. A common issue is a lack of communication from one or more group member. “I ask them to document three times that they have tried to contact that person. Then I will intervene. I think it’s very important to have that piece in place,” Restine says.

Not all assignments are appropriate for group work. Some assignments are better as individual work, and some assignments are carried out better in groups of varying sizes. Peterson judges that assignments that ask students their opinion are well suited to individual work and case studies are better done as group projects. She also says that online courses should have a combination of individual, paired, and group assignments, not merely to reduce the instructor’s workload (although that is important) but also to provide valuable group learning experiences for students. “There is trial and error involved in this. Online courses should be about continuous improvement. One semester you might try a particular assignment with a group of four and realize it would be better if you had students work in pairs. Or the other way around: you might realize a paired assignment was too much work for the students and would work better if the work were distributed among a group of four or five.”

“You might use simple pairs, and that’s going to cut down my number of products by half. I might have three people in a group, and not only does it give variety to the assignments without us really having to change the assignment much, but it also reduces the instructor’s workload in terms of grading. And what we’ve seen in several instances is that by the time students go through the assignments and toward the end of the semesters, we’re getting a much more finished product that’s actually easier to grade because a lot of the mechanical and grammar-type issues have been taken care of by the group,” Restine says.

In addition, working within groups provides students with a safe place to explore important questions. One of Restine’s group assignments asks each student to read two articles and extract the articles’ key points and share them within their group of four. This allows students to see eight studies side by side so they can compare and contrast them. “When I have students do that individually, they get lost in the text of the individual articles, and pretty soon they’re totally off topic,” Restine says. “These students are novices in the field, and so it’s really helpful for them to have somewhere—and that’s within the group—to talk about things, such as in this case, ‘Why are the findings from these studies so different from the findings from these other five studies?’ Questions like that are important, and unfortunately, I don’t think a lot of our students ask them. And they seem more likely to ask those types of questions in the safety of the group.”

As class size increases, it’s simply not feasible to provide individual responses to each student post. Restine recommends identifying which forums require individual response and which could be run using less time-intensive strategies. The key is to consider these forums very carefully up front and communicate to students how feedback will work within these forums so they know exactly what to expect.

“Let them know that you are going to look at everything. There will be times when you will respond individually, say in the introduction discussion board. In other instances you might let them know that you’re going to read everything, but maybe in the middle of the conversation you’ll summarize what’s been said to that point, and in the end you might summarize and give feedback and highlight a couple of key points an individual student makes and make a point of calling that student out in your summaries. That way you can kind of give them an individual touch, but you’re not responding to 50 different messages,” Peterson says.

“We’ve tracked this quite a bit, and students indicate that they’re as satisfied with summaries that mention student names as they are with individual responses,” Restine says.

From a pedagogical perspective, large discussion forums are problematic. “If you have 50 people trying to have a conversation, it’s not a real conversation at that point. Nobody can follow a 50-person conversation,” Peterson says. “Somebody’s going to make a statement, somebody else will respond to that statement, and 30 others are probably going to have similar statements. You have to consider what it is you’re looking for. I can have an introductory discussion board where I ask everybody to introduce themselves, and yes, I want them to read through everybody’s introduction, but that’s really not a conversation. If I really want them to have a conversation, I’m going to want to move it into smaller groups of five to seven.”

Restine has students work in small discussion forums to reach consensus and then has each group post to the main discussion area. In a class of 50 that reduces the number of posts from 50 to 10, which is a manageable number to respond to individually.

Flexibility is essential to managing large-enrollment courses. Rather than trying to perfect a semester-length online course for 20 students, Restine recommends being prepared to teach more students in various time frames. “Design the course so it can be flexible, because in today’s market you might need to collapse two sections and double the number of students. If you’ve built a course that could only be rolled out one way, then you may have to redesign it under pressure.”