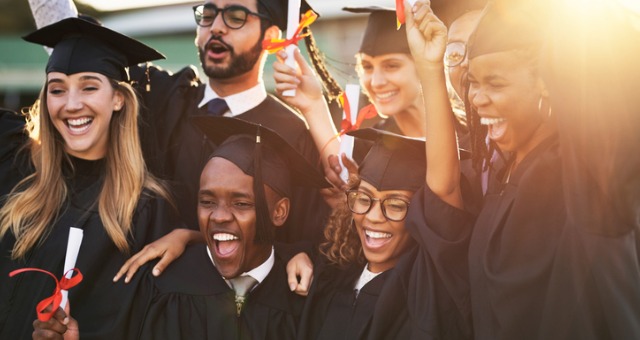 Making learning accessible through an inclusive learning community is crucial for all students to feel seen, valued, and to maximize their potential by implementing a safe space (CAST, 2018). Ensuring that all students feel included is especially vital in remote learning, where they are likely to feel less connected to others to begin with. Universal Design for Learning (UDL), which maximizes student performance and success, argues that inclusion is a prerequisite for academic success (CAST, 2018). This manuscript offers recommendations to combat prejudice and implement an inclusive learning environment by bringing equity to the forefront to better support minority students and improve their academic experiences and outcomes. Though this paper mainly focuses on supporting students of color, many of these teaching strategies can also benefit students of different marginalized identities, such as LGBTQA+ students or international students navigating North American culture.

Microaggressions are indirect expressions of prejudice projected in speech (conveying a demeaning message), actions (refusing to sit next to a person of color), or culture (a predominantly white institution implies that people of color are not welcome), where repeated exposure results in decreased self-esteem and mental health outcomes (Pierce, 1995; Sue, 2010). Among college students, prejudice can decrease motivation in academics, career goals, and in extreme cases, lead to attrition (Fogliati & Bussey, 2013; Woodcock et al., 2012; Yosso et al., 2009). To avoid activating potential stereotypes that may lead to microaggressions or biased evaluation tied to a student’s identity, instructors should grade student work anonymously. This feature has already been incorporated into many learning management systems (Blackboard, Canvas, Moodle, etc.), thus we recommend that instructors seek support (whether through the institutional office that maintains the learning management system, workshops/webinars, online videos, or teaching support groups) to familiarize themselves with teaching tools that would allow for anonymous grading. Additionally, instructors should offer as much positive feedback as possible (see Kennette & Chapman, 2021) to empower students from underrepresented groups and increase their self-esteem to help in combating negative stereotypes that they encounter.

The microaggression of racial spotlighting calls unwanted attention to a minority individual, such as asking them to speak as a representative for their racial group and/or stating that this individual’s opinion can give “an outside perspective” (Carter, 2008). Racial spotlighting perpetuates prejudice by erroneously assuming that racial minority groups are homogenous and implies that the group is not part of the dominant narrative. Rather than publicly singling out a member of a racial minority group, instructors can instead share the student’s work anonymously. Doing so amplifies underrepresented voices so that these students can feel heard without placing unwelcome attention on them. Further, this gives students who are part of dominant groups the opportunity to engage in other perspectives to better understand those from different cultures with different identities and journeys. It is important to note that while sharing a minority student’s work, the instructor should emphasize that there are many perspectives within racial groups and each student’s thoughts are their own rather than a representation of all voices of their race.

Responding to microaggressions is often a lose-lose situation as the options are to risk further invalidation (such as being told the comment was just a joke) or to refrain from speaking out, leading to feelings of powerlessness. To educate students on examples of microaggressions and how they cause harm, instructors can share common microaggressions (e.g. “Did you get into college because of Affirmative Action?”) to encourage a discussion on the hidden demeaning message and the harm caused. During remote learning, instructors can create an online system to give students a means to report racist/biased acts committed by others. Doing so gives the target a voice, can empower them, and ensures that action will be taken toward the offender, whether in the form of an educational conversation or punishment.

When reminded of a negative stereotype relevant to one’s social group, we become preoccupied with not wanting to confirm the stereotyping, causing distraction, anxiety, and impaired performance—a process known as stereotype threat (Steele & Aronson, 1995). Long-term experience with stereotype threat can lead to lower motivation in academic achievement, which partly explains the difference between Caucasian students and students of color in academic performance despite similar levels of inherent ability (Aronson et al., 2002). To offset harms of stereotype threat, instructors should encourage students to adopt a malleable theory of intelligence, which argues that cognitive skills can be further developed through effort (in contrast to a fixed theory, stating that skill level is stable). Research has shown that those who endorse a malleable versus fixed theory have greater intrinsic motivation to master academic material, leading to improved academic performance (Aronson et al., 2002). A direct method of encouraging the malleable theory of intelligence is for instructors to offer feedback that prioritizes work ethic and improvement above intrinsic ability.

An additional challenge faced by minority students is the lack of role models they can identify with (Fries-Britt & Turner, 2002; McDonald et al., 2004). Role models are more effective in inspiring success when their identity matches with the target (Marx et al., 2009; Marx & Roman, 2002). This shows them that someone with a similar background/journey has obtained success, making success more salient and tangible for the target (Lockwood, 2006). By highlighting similarities between target and role model, role models can also minimize or negate harms of stereotype threat through inspiration, showing that the social group can succeed despite barriers tied to systemic bias.

Additionally, instructors should emphasize the contributions of diverse scholars in their teaching for several purposes: to inspire success for students of underrepresented groups, counteract negative effects of stereotype threat, and highlight that the discipline has benefited from the works of individuals from a variety of identities and backgrounds. To do so, instructors could share a photo and/or provide biographical information of these role models in lectures or class discussions and select a textbook that embraces diversity and the contributions of various social groups to the field of study.

Using diverse perspectives and cooperation to enhance the learning experience

The jigsaw classroom utilizes direct interaction and cooperation between students of different identities to facilitate team-based learning and decrease prejudice (Aronson, 1978). By having students teach one another select portions of the course material and structuring the activity so that each member of the group makes a unique contribution, students become better listeners, value the contributions of each group member, and learn to be more respectful of others, regardless of differences in identity (Aronson, 2002). Additional benefits of cooperative learning include greater perspective taking, lower levels of intergroup prejudice, and improved learning outcomes (Aronson & Bridgeman, 1979; Walker & Crogan, 1998). To implement this technique, instructors should assign groups and rotate group members across the semester to maximize students’ experiences with diversity whether in identity (whether related to race/ethnicity, country of origin, sexual orientation, or gender identity) or perspective. Implementing a superordinate goal, which if accomplished through collaborative efforts benefits all group members, can also decrease hostility and improve intergroup relations (Sherif, 1954; Sherif et al, 1961). The Robbers Cave field study (Sherif et al., 1961) has demonstrated that after working collaboratively to achieve a superordinate goal, two previously competing groups discarded the “us versus them” mentality and instead became friends.

In remote learning, online tools can foster group work/discussion through shared pages, breakout rooms, or shared documents (for instance, through Google) such that students can communicate, edit one another’s work, and see one another’s feedback in real time. By encouraging group work even in remote learning, students may feel closer to one another via social bonding and collaborative efforts, motivating them toward higher achievement to benefit themselves and the social unit.

As higher education becomes more diverse with both local and international students, institutions need to integrate inclusion with their school’s cultural values so that all students feel valued, capable, and are motivated to strive for success. This is arguably even more crucial now as institutions are moving away from traditional face-to-face teaching and towards embracing technological advancements that allow for hybrid or remote classes. As students spend less time physically on campus, it is necessary to emphasize that they are part of the community to help them avoid feelings of isolation.

Instructors must use their privileges and positions of power to advocate for their students, provide support by combating the prejudices they encounter, empower them by providing role models they can identify with, and facilitate greater empathy through cooperative learning. By promoting and maintaining an inclusive learning community (CAST, 2018), instructors can support improved academic performance and outcomes in all students (including the many minority groups that have not been the focus of this paper, such as LGBTQA+), thus better preparing them for the transition to a professional career and becoming well-informed citizens once they complete their learning goals.

Phoebe S. Lin, PhD, is an associate professor of psychology at Framingham State University, where she primarily teaches courses in the sociocultural domain. Her research interests are in the psychology of prejudice and inclusive teaching practices. She obtained her BA from the University of Michigan and her PhD from Wayne State University.

Lynne N. Kennette, PhD, is a professor of psychology at Durham College, in the School of Interdisciplinary Studies. She earned a PhD in cognitive psychology from Wayne State University in Detroit, MI. She is passionate about teaching and optimal student learning.

Carter, D. J. (2008). On spotlighting and ignoring racial group members in the classroom. Everyday antiracism: Getting real about race in school, 230-234.

Lockwood, P. (2006). Someone like me can be successful: Do college students need same-gender role models?. Psychology of Women Quarterly, 30, 36-46.

Walker, I. & Crogan, M. (1998). Academic performance, prejudice, and the jigsaw classroom: New pieces to the puzzle. Journal of Community and Applied Social Psychology, 8, 381-393.