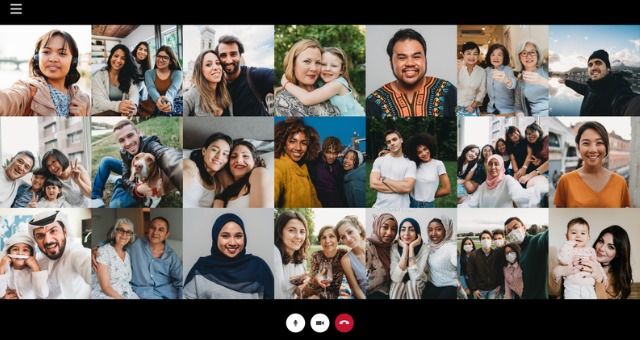 As a teacher of adult learners in online classes, I see a lot of interaction between generations. Mostly, the students are in their 30s and 40s, but it’s not unusual to have students who self-identify as being in their 70s or even in their teens—far on opposite ends of the spectrum. Despite this wide range of ages, something that students all have in common is a thirst to learn and the ability to learn from one another across generations. This intergenerational diversity in the classroom and the workplace is an opportunity that often goes overlooked.

Currently, the election season is a great occasion to think more deeply about this intergenerational learning far beyond the classroom. Instead of highlighting differences between the generations or even pitting one generation against another, this is our opportunity to learn from one another—just as some of my amazing students already do.

For example, it’s not often we have a political candidate like Bernie Sanders, a septuagenarian, who nonetheless managed to capture the attention and energy of a much younger cohort.

Each of these generations described here has unique challenges. For Boomers, there is the challenge of potentially having to stay in the workplace longer than planned. Needless to say, it’s not always easy, in an existential sense, when you are working alongside colleagues who may be the age of your children. There is even the possibility that your boss might be one of these kids. There’s also the challenge of fast-paced technology—it seems that no sooner does one master a skill than new software or a new social media platform pops up—like a game of technological whack-a-mole.

More and more, these Boomers and even Gen X’ers may also find themselves stuck between generations, helping adult children who have returned to the nest, helping to pay for their children’s college or graduate school, while simultaneously juggling the (loving) duties of caring for aging parents from the “Traditional” generation—all while juggling careers with one eye on the goal of retiring themselves—someday, maybe, perhaps. The current pandemic has only increased the economic uncertainty for all generations.

For Millennials, it’s not out of the question to feel both superior and at a disadvantage in the workplace. On the one hand, Millennials likely have an edge on understanding the current fast-paced tech world. Youth is on their side. On the other hand, they may lack some of the experience and even economic opportunities of older generations.

While the generational divide seems to be highlighted during the election season, what we should be asking is how these diverse generations can learn from one another. We should look for the larger lessons here. For example, as more and more education moves online with the consequent mixing of generations, this diversity is an opportunity. This has been accelerated by the pandemic.

Contrary to the recent “OK, Boomer” snark that serves only a negative purpose, generations should be willing to use the best from one another. All generations have broad experiences and unique skills to share that can create an American synergy as we continue to move forward into a century that’s going to be challenging for all ages across the globe.

It’s all too easy to highlight generational differences. What if we made an effort to focus on commonalities instead? The strength of diversity comes from appreciating differences while being united by a common purpose. In this case, that purpose should be moving forward together with education, workplace success, and our democracy.

David Healey is on the faculty at Purdue University Global and is the author of several novels and nonfiction books.

Bump, P. (March 25, 2014). Here is where each generation begins and ends. The Atlantic. https://www.theatlantic.com/national/archive/2014/03/here-is-when-each-generation-begins-and-ends-according-to-facts/359589/

Lerer, L., and Lu, D. (June 9, 2019) How Old Should a President Be? With So Many Choices, Democrats Are Sharply Divided. New York Times. https://www.nytimes.com/interactive/2019/06/09/us/politics/2020-democractic-candidates-ages.html?mtrref=www.google.com&assetType=REGIWALL