Learning on the Edge: Classroom Activities to Promote Deep Learning 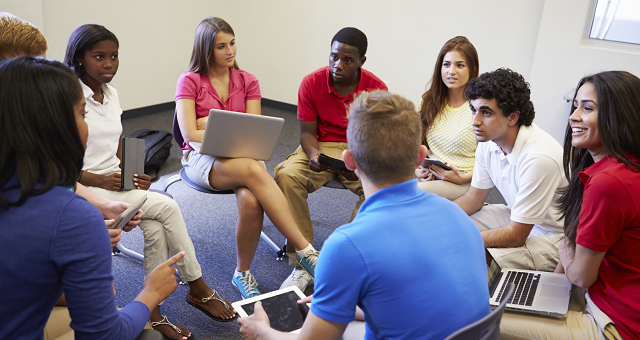 The explosion of educational technologies in the past decade or so has led everyone to wonder whether the landscape of higher education teaching and learning will be razed and reconstructed in some new formation. But whatever changes might occur to the learning environments we construct for our students, the fundamental principles according to which human beings learn complex new skills and information will not likely undergo a massive transformation anytime soon. Fortunately, we seem to be in the midst of a flowering of new research and ideas from the learning sciences that can help ensure that whatever type of approach we take to the classroom—from traditional lecture to flipped classes—can help maximize student learning in our courses.

One fascinating implication of this growing body of research for me has been a greater awareness of the edges of a traditional class. Environmental biologists have dubbed landscapes that sit on the edge of two different ecosystems (such as a forest and a grasslands environment) an ecotone. These spaces are known for having rich biological diversity, because they can support creatures from both sides of the ecotone, and encourage mixing between the bordering zones. The especially rich nature of the ecotone has also become known as the “edge effect.”

The ecotone of a traditional college class would be the first and last few minutes of the class session, when students are walking in the door from their busy lives outside of the classroom—coming from meals with friends, from exercise or sports activities, from socializing either in person or through their phones—and entering this more formal learning space. Too often these first and last minutes of class are frittered away with administrative details, hurried reminders about due dates or admonitions about upcoming assignments. But what if we saw those ecotones of the classroom exactly as we saw them in the natural world—as especially rich and fertile periods, ones in which we can begin and end the process of promoting deep learning for our students?

Two key cognitive activities seem to me especially promising in terms of their ability to maximize student learning in the ecotones of higher education: predicting and retrieving.

Predicting. In a 2009 article in the Journal of Experimental Psychology, Kornell, Hays, and Bjork describe a series of experiments in which they gave participants test questions on subject matter before they had the opportunity to study or learn it correctly. One of their interests was determining whether incorrect answers on a pre-test—which are likely to happen when the subjects have not yet been exposed to the material—would create further difficulties for the learner down the line. In other words, if learners give a wrong answer on a pre-test, will that answer stick in their heads and make them more likely to repeat it on subsequent exams?

Not only did the researchers discover that wrong answers on pre-tests do not interfere with subsequent learning—they also discovered that asking learners questions about subject matter before they learned it actually improved their performance on subsequent tests. The authors speculate that this happens because an initial attempt to construct a response to a question “create[s] a fertile context for encoding the answer when it is presented.” In other words, the learner confronted with a difficult question marshals associated ideas and facts in their effort to come up with an answer; in doing so, she prepares a “fertile context” which enables her to learn the true answer more deeply when she hears it.

The activity of prediction seems tailor-made for the edges of a class period. In the opening moments, we can ask students to make predictions about problems that will be solved in class, about how theories from last night’s reading might apply to current events, or about how an experiment will turn out. In the closing moments, we can ask them to speculate about how the novel they are finishing for the next class will end, about how the theory presented today might be critiqued in a subsequent class, or about how a course concept might predict future political events.

Retrieving. Researchers have developed in recent years a substantive body of research around the power of retrieval practice, also sometimes described as the “testing effect.” In one elegant demonstration, described in a 2008 article in Science magazine, Karpicke and Roediger had participants memorizing 40 English-Swahili word pairs over the course of a single day of studying and testing. When they brought the participants back a week later to give them a final test on the word pairs, they found that those who had taken multiple tests on all 40 word pairs remembered more than twice as many of the pairs as those who had more study time and fewer tests. Results like these have been replicated in dozens of other contexts, from laboratory settings to classrooms at all educational levels, from elementary school to higher education.

The short and (over)simple explanation of this phenomenon is that if we want to remember something, we have to practice remembering it. That practice can take the form of taking tests—hence the notion of the “testing effect”—but it does not have to. Any opportunity that a learner has to recall learned material from memory improves their ability to recall it again later.

In the opening ecotone of the classroom, retrieval practice might take the very simple form of opening class with a five-question practice quiz or a writing exercise in which they identify the most important concept from last night’s reading. In the closing ecotone, it might take the very simple form of the minute paper, in which students are asked to repeat the most important concept from that day’s lecture. In both cases, though, note that students must retrieve—the effect will occur only if they have to draw the material from memory, and not from glancing back at their texts or notebooks.

The science of the ecotone can help us recognize the power of the classroom borders, and ensure that the edge effects we create in higher education are positive ones that help our students maximize their learning.

James M. Lang is a professor of English and Director of the Center for Teaching Excellence at Assumption College in Worcester, MA. Visit his website at http://www.jamesmlang.com or follow him on Twitter at @LangOnCourse.