Helping Students Discover What They Can Do 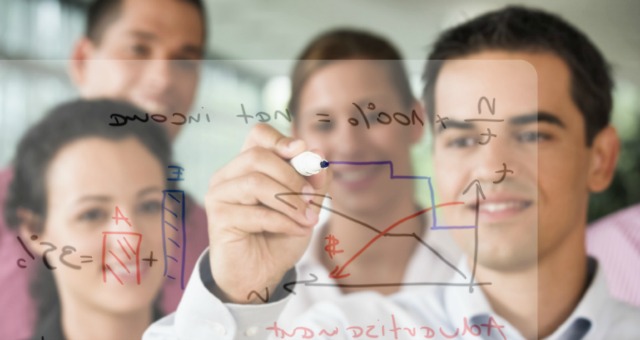 “What has held me, and what I think hold many who teach basic writing, are the hidden veins of possibility running through students who don’t know—and who strongly doubt—that this is what they were born for, but who may find it out to their own amazement, students who, grim with self-deprecation and prophecies of their own failure . . .can be lured into sticking it out to some moment of breakthrough, when they discover that they have ideas that are valuable, even original, and express those ideas on paper. What fascinates me and gives hope in time of slashed budgets and enlarging class size, and national depression is the possibility that many of these [students] may be gaining the kind of critical perspective on their lives and skill to bear witness that they have never before had.”

Those are the words of Adrienne Rich, written in her 1979 collection of prose On Lies, Secrets and Silence. Her reference is to students learning to write, but what she describes pertains to students learning to solve problems, work productively in groups, perform in labs, dance, draw, or compete athletically. So many students arrive in our classes thoroughly convinced that they can’t learn what we teach in the course. “I can’t write,” a student told me, “I just don’t have the gift.” “But writing isn’t a gift. It’s a set of skills, and I’m going to teach you those skills in this course.” “Well, I won’t be able to learn them.”

Telling students that they can learn something just doesn’t work, and that’s why I’ve always connected with Rich’s quotation. Student have to discover for themselves what they can do. The challenge is creating the assignments and learning experiences that promote that discovery, which is not as easy as it might seem at first. Writing, problem-solving, critical thinking, and other skills don’t develop all at once. Progress is gradual and students may not see it. As Rich points out, there’s often a moment of breakthrough when students catch a glimpse of what they can do. Now, they may conclude that they have written one good paper, solved one tough problem, constructed one persuasive argument, and well, maybe they just got lucky. Nevertheless, doing it once does open the possibility of doing it twice.

The powerful part of a student’s self-discovery is the ripple effect. “Gee whiz, if I can write narrative, maybe I can write poetry. Maybe I can write technical reports.” And that’s only the first ripple. “Hmmm, I wonder if I can figure out those philosophy readings. Maybe I gave up too soon.” And if the ripples spread still further, we have transformative learning. We’ve got students leaving us with good skill sets, but more importantly they’re leaving having discovered they have potential beyond what they ever imagined.

Oh, this just sounds too good to be true, especially when we confront the nitty gritty. Tell students their writing has improved and they say “Yes, I know, I’m getting better grades.” I discovered how far off the mark students can be about their progress when I showed a student her first and last paper. She saw no improvement. It wasn’t until I turned my back to her and read two sentences. “Which one is best?” She picked one from the last paper. After four rounds, “Those are all from my last paper. I hear the difference.” Then we looked at the sentences with her pointing out the differences. “This one is clearer.” “This one doesn’t use a lot of extra words.” Not grammatical descriptions but moving in that direction. As she was leaving, she remarked, “I can see now how I’ve improved,” accompanied with a big, wide smile.

Rich hints at how these student discoveries affect teachers—they grab us, hold us, fascinate us, and give us hope. We’ve been there when the learning lights go on! The light shines on us, too. We share in the event and often, even though students have made the discovery on their own, they give us credit. “I can’t believe how much you’ve taught me in this course.” “I have learned so much. Thank you.” If the students are the ones who have the breakthroughs, why are they thanking us? Because we created the conditions that made it possible; we designed the assignments, we provided the feedback, and we required the reflection. For many students, without us, these all important self-discoveries would not occur.