Building a Collegial Classroom Across Cultures 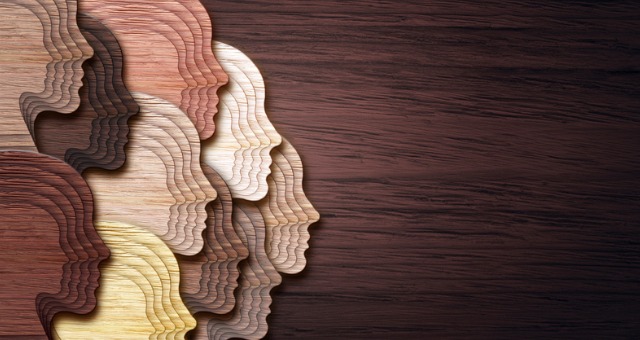 An Iraqi student, a Kuwaiti student, a student who is an American veteran who served in Desert Storm, and a Chinese student all walk into the same classroom. What do they have in common? It might sound like a joke, but it’s an accurate snapshot of my class one year. Teaching on a predominantly international university campus at the time, I was no stranger to classroom diversity. But when faced with this situation for the first time, I considered the possibility that I would need to address both commonalities and differences.

Regardless of my classroom cohort, I always take specific steps to build collegiality into my classroom management plan because it opens dialogue and promotes trust. Collegial classrooms develop and grow somewhat organically—united in the common goal of education—but I have found that if I take the time to ensure student-to-student relationships are purposely built around respect, belonging, trust, and having some fun, students begin interacting with each other on a whole different level. As educators we naturally spend time building relationships with our students, but we sometimes overlook the need for students to build relationships with their peers, particularly students from diverse backgrounds who appear on the surface to have very little in common.

In the case mentioned above, I went even further than usual to facilitate collegial student–student relationships right from the inception of class. It worked so well that I now use a variation of this practice for all my classes and believe it is worth sharing.

For the first day of class, I made small cards (I did this using PowerPoint; six cards per sheet). Each card had a picture on it and a number in the bottom right corner where you would normally see a page number. The pictures on each card were different, but each card had one other card with a matching number (i.e., two cards both had the number 1 in the bottom right corner). When the students arrived, each one was handed a card; once all the students arrived, they were told this was an icebreaker activity in which they needed to find the person with the matching card and introduce themselves. After much discussion and little progress, one brave student finally came to me to confess that none of their cards matched.

In response, I told the class that we needed to solve this dilemma as a team, and we rearranged the room from classroom style to boardroom style. During this exercise I did not sit in any position of power; the power in the classroom was already mine, and I wanted to show that I was also part of the team and the solution. I then engaged the students in discussion concerning:

Because this course was set up with a group project in each tutorial to assess learning outcomes, other things I did during that semester, which I had not done before, were:
1. designate the project group members
2. devote the first 10 minutes of project time to informal conversation

Accommodating small talk might seem like a waste of time on the surface, but it was surprising how quickly students settled into productive work afterward. What was more interesting was how these conversations began around what students had in common, such as favorite sporting teams and TV shows, and later grew into discussion about differences. One conversation that sticks out in my mind was a gentleman from Iraq and a Chinese lady discussing the different roles of women, marriage, and careers in their respective cultures. I am also happy to report I have never had to address any inappropriate or overly sensitive conversations.

So, what are the commonalities and differences between the Iraqi, Kuwaiti, American, and Chinese students? It really does not matter once they are communicating in a collegial learning climate. Building collegial classrooms has helped me bring people together who might think they have little or nothing in common, or who tend to avoid each other due to religious beliefs, customs, dress, history, and whatever else we use to build cultural divides.

Ronda MacLeod is an adjunct in the College of Humanities and Social Sciences at Grand Canyon University.