Acting Out: Borrowing from Life and Art to Teach Ethics 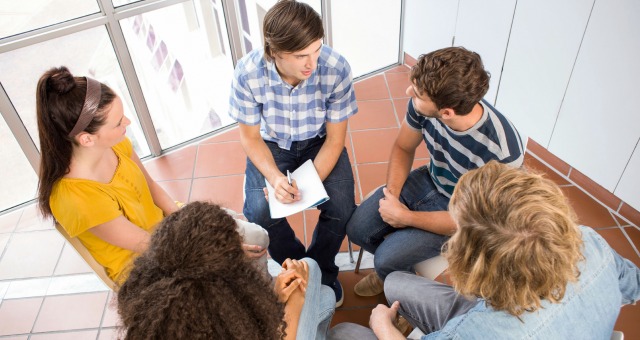 “Here’s a box,” Olivia responded icily, reaching out to Cecily. “Empty your desk and leave now.”

The rest of us watched in silence, riveted as the scene unfolded. And it was, in fact, a scene. Despite their impressive realism, public relations students Cecily and Olivia (not their real names) were improv acting so their peers could see what it looks like to take a principled stand.

It’s not only the seeing, it’s the doing of ethics—scripting and rehearsing a moral stand—that’s central to the exercise and its source, Giving Voice to Values: How to Speak Your Mind When You Know What’s Right (GVV). The GVV book and its related curriculum were developed by Mary Gentile and has been used by hundreds of business schools and organizations throughout the world. I’ve crafted assignments based on GVV’s principles for a range of academic disciplines, and they consistently bring out the best in students in terms of engagement, curiosity, and creativity.

Setting it up
Any ethical debacle with a straightforward conflict can be used as a starting point. I easily found an Advertising Age article I knew would be of interest to my public relations students. The scenario is based on a true tale of how the government fined a communications firm for doing some acting of its own: the agency’s employees used their personal social media accounts to praise a client’s product. They neglected to disclose their financial interests in the company and that they were compensated for their posts.

Here’s a step-by-step description of how to help students tackle ethical dilemmas in class.

Yet most of us witness moral courage only occasionally, and therefore we may have only the barest outlines of what it looks and sounds like to confront a wrongdoer.

The opportunities to go further—to actually practice taking a stand—are virtually nonexistent. Lacking experience, we may avoid seizing the chance to act when we see things we believe are wrong.

Post-exercise reflection
In a post-improv debrief, the students identify which ideas worked well and which could be done differently. They reflect on the notion that the process they’ve used—collaborating with trusted peers to develop and rehearse solutions—is a model for ethical decision-making and action. They can use it in real life whenever they need it.

We discuss that standing up for one’s principles and beliefs is no guaranteed win, but that it’s not a failed attempt at confrontation that often bothers us the most. We regret inaction and saying nothing. I recall a typically aloof student who described with quivering lip how she quit her job rather than report her supervisor’s malfeasance or even warn her colleagues. Her inability to take a stand was something she clearly regretted.

Over the years, students in the professionals group have developed many inventive ways to avoid using their social media accounts—most of which are not actually confrontational. This is another idea that is central to the exercise and GVV: people can challenge ideas or say no in many different ways. In our scenario, students have, for example, suggested alternatives and explained the possible negative impact to the firm if it was discovered they were writing positive reviews for a client. VPs are equally imaginative with their persuasive techniques, often highlighting their duty to the client or the greater good of the organization.

Role playing gives students an opportunity to explore their own moral compass. Combined with other activities throughout the semester, like developing a personal ethical code, the students launch into the professional world with a foundation for action. This gives them a chance few of us get—or take—to understand what we are capable of doing when the path twists and darkens.

Diane Rubino is an adjunct instructor at New York University, a course associate at Columbia University and an applied communications professional who seeks to make the world more ethical, equitable, and humane.