Why Are We So Quick to Judge Our Students? 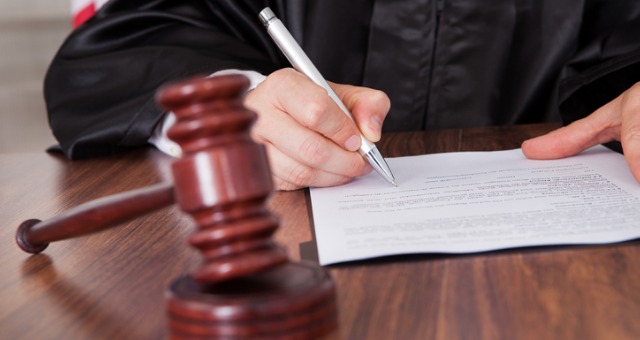 I once had a student who missed numerous classes and assignments. Whenever I approached him about it, he would deny that he had missed anything. He’d insist that he had been present or handed in the assignment, and that I must have not seen him in class or lost his work. What really got under my skin was the accusatory tone of his denials, suggesting that he was a victim of my incompetence. Not surprisingly, this left me feeling anger toward the student.

Near the end of the course I received an email from him, which was also addressed to his other instructors. It began with “I am an alcoholic,” and stated that the times he missed class or failed to turn in an assignment was because he was drunk. He went on to say that the message was part of his working through the 12-step program where he is to apologize to those he’s hurt. Of course, my feelings of anger melted when I discovered the backstory.

This story illustrates the tendency we have as teachers to label students who miss work or otherwise fail our courses as entitled, lazy, or worse. We are not unique in this respect. Peter Strawson said that humans have a tendency to generate what he called “Moral Reactive Attitudes”—feelings of offense and resentment that well up in us in response to perceived slights (1962). Strawson considered these feelings an unavoidable part of human nature. Someone snags a parking spot we have been patiently waiting for and we immediately label him a selfish jerk. We don’t entertain more innocuous explanations, such as that he didn’t see us or misinterpreted our actions. We reach straight for an explanation that paints the other person as demonstrating a moral deficiency.

In my more self-reflective moments I try to avoid ascribing bad intent to others if there is a plausible alternate explanation, but I must admit that those moments are fleeting and I find those negative feelings building up in me more often than I’d like. I may never eliminate them, but it does seem possible to recalibrate what we’re thinking and feeling.

It helps to remind ourselves that students do not want to fail—something is leading to the failure, be it addictions, ignorance, family problems, or otherwise. It is easy to forget that students have lives and personal challenges, just as we do. They go through breakups, get sick, have problems at home, suffer addictions, struggle with depression, etc. A friend of mine has the saying, “Be kinder than you need to be because everyone is fighting some kind of battle.”

It has also been said that people do not do things to you, but rather for themselves (Pullen, 1994). My student lied not because of malicious intent towards me, but because he was desperately trying to keep his head above water while drowning in alcoholism. This is why I do not take it as a personal affront when students cheat. Students do not cheat because they have anything against me personally. They are cheating because they cannot succeed any other way. They would do the same to anyone teaching the same class.

This does not mean that we should be lax with our rules. Strict rules might be exactly what the student needs. Sometimes people need to be told “no,” and our giving in can exasperate the problem because we’re enabling poor behavior. If you assess a penalty for late work, then assess it. Many faculty think that they will get hammered on their student evaluations if they grade hard, but as an administrator who looks at hundreds of evaluations a year, I think that the opposite is true. Students don’t respect faculty who are pushovers. I give lower grades on average than most of the faculty at my school, yet my student evaluations are consistently higher than the school average.

We should be aware of our tendency to label or write off students who are not performing like they should or seem to not care, and remember that there may be a backstory to the situation. Even if we cannot fully prevent negative feelings—as I cannot—we can at least identify and isolate them so that they are not motivating our actions. Plus, these feelings undermine our joy of teaching. We’ve all seen teachers who’ve become cynical toward students, and that’s not good for anyone.

Possibly the most important mantra for teachers is to “teach the students you have, not the ones you want to have.” When we chose to become teachers, we chose a professional that requires dealing with human beings, human beings that come with a host of human problems. Periodically reminding ourselves of this fact not only improves our teaching, but our mental health as well.