When Everything Goes Right in the Classroom 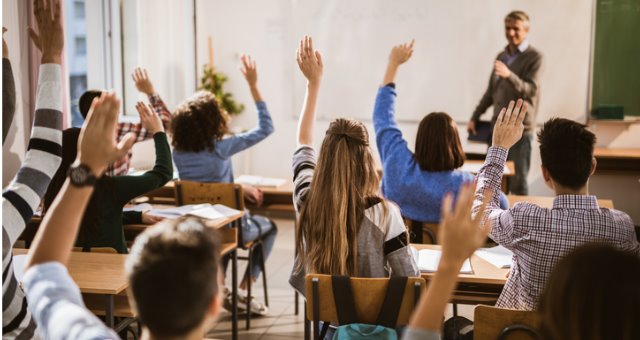 It is difficult to predict what the dynamics of a college class will be like at the beginning of a semester. Two sections of the same subject taught by the exact same instructor can have radical differences in how students communicate with one another in class.

Since student interaction is not a consideration of the software program that manages college registration and class composition, it is exciting for an instructor when the computer actually creates a group of students with the right chemistry for an engaging semester.

It happened this past semester in my Digital Marketing class. This was not your typical college class where students are very measured and cautious, fearing they will say something inappropriate. This particular combination of 25-second semester seniors was outspoken, and they behaved more like they were at a Thursday night happy hour with friends than in a college classroom.

Over the semester, I’ve tried to figure out what made this one of the best classes I’ve ever taught. Here are the variables I believe contributed to such an engaging semester:

The dean’s office informed me there were no traditional classrooms in the business school available at the time my Digital Marketing class was scheduled. As a result, the class was assigned to a newly constructed room called the iLab—a hip name for a fancy conference room.

The chairs, tables, and modern audio and video equipment in the room sent an immediate message to the students that this class might be different from others they had taken in the building. On day one, the tone of the class was more open and freer, primarily due to the optics of the classroom.

Teaching an elective class comprised entirely of second semester seniors is a vastly different pedagogical experience than teaching one that has a combination of sophomores, juniors, and seniors trying to fulfill a business school class requirement.

Usually, the instructor has to front load assignments for second semester seniors because after spring break there is a significant decline in motivation. However, it was surprising to find that these particular seniors returned from their March beach vacations more energized to participate in class than before they left. Our class discussions became more enlightening when everyone realized they only had five weeks left in their undergraduate careers.

A class of contentment

The class was not a group of homogenous seniors. While they probably would not meet today’s diversity standards, there were representatives from all factions on campus, including sororities, fraternities, independents, athletes, artists, scholars, and a few where no label was appropriate.

Their ease conversing with one another was surprising. It took enormous pressure off of me to force discussion. I simply set the agenda and then moderated. What a refreshing change from other classes where getting students to participate can be a challenge.

Part of their ease in getting along so well was aided by the requirement of posting in a private Facebook Group about subjects discussed during class.

The students made over 1,500 posts during a 15-week semester. Their posts started very seriously with references to articles that reinforced class discussions. However, within a month or so, the posts became more personal and engaging. After discussing a Starbucks case in class later in the semester, there were no posts about trends in historic coffee consumption. Instead, there were photos of students in their cars waiting for drinks in the drive thru lane or videos of them consuming mocha cookie crumble frappuccinos after a difficult exam.

Since the class ended a few weeks ago, I keep trying to analyze why this particular teaching experience was so special. Was it just a fluke of the registration process, or did my slight changes in the curriculum energize class discussions? Perhaps, it was the 10:30 am class time verses the afternoon that made the difference.

The more time I spend trying to figure out why this particular class worked so well, the more I realize I may never find an answer. Maybe this class simply proves that when all higher education variables align as they are supposed to, there is no better place to be inspired and learn than a college classroom.