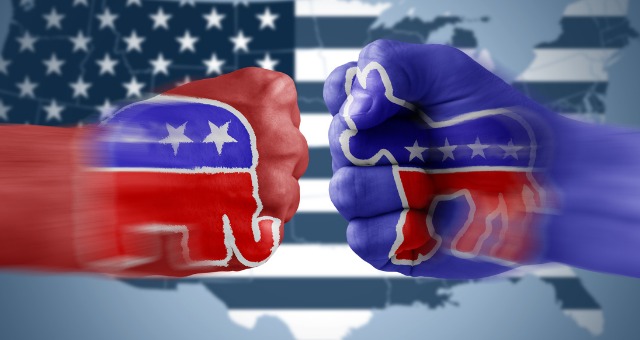 It is no longer news that the 2016 U.S. Presidential election revealed and exacerbated a political polarization that has been growing in and beyond the United States. The heated nature of modern news reporting and political discourse both reflects and feeds such polarization. It also presents significant challenges to teachers who hope to foster critical and reflective thinking.

Polls and analysis from the Pew Research Center confirm the impression that American society has become strikingly politically polarized. This divide, which has increased sharply since 2011 (Pew Research Center, 2017), is evident in people’s media habits (e.g., where people go, or don’t go, for news and political information; how people share information; how people evaluate source credibility, including how readily they believe or discredit information). We tend to seek out information that fits with our own views and to gravitate toward information environments that reinforce rather than challenge our views.

The widespread use of social media for accessing and sharing news has further contributed to the information silos and echo chambers that insulate people from perspectives that differ from their own. Most Americans now access news through social media: In 2017 85 percent of Americans reported using mobile devices for news (Barthel and Mitchell, 2017), and two thirds of Americans got their news from social media, with Facebook, YouTube, and Twitter being the most common sources (Shearer and Gottfried, 2017). Information specialists like Eli Pariser have long lamented the rise of the “Filter Bubble,” the algorithms that social media services use to only display information that you might like and agree with (Parramore, 2010). But this definition hides a worse psychology-driven habit.

Human beings, from both sides of the aisle, don’t like to be challenged. Psychology defines these tendencies as “motivated reasoning” and, more narrowly, as “confirmation bias” (the tendency to dismiss information that misaligns with one’s beliefs and to readily accept information that fits with one’s worldview). Motivated reasoning appears to have particularly significant weight in political polarized contexts (Lodge and Taber 2005; Taber and Lodge 2016; Druckman 2012). Interestingly, those who are more informed about an issue (and thus have probably developed strong beliefs about that issue) tend to be most susceptible to motivated reasoning with weaker skills in evaluating source accuracy (Lodge & Taber, 2005; Druckman, 2012; Kahne & Bowyer, 2016). In online environments, users like, follow, and subscribe to channels and people who espouse their viewpoints, and ignore and avoid those who might disagree. The Columbian Journalism Review found a sharp divide between sources shared by liberal and conservative users (Benkler, et. al., 2017). Users who shared links from Breitbart were unlikely to share any news from the New York Times or CNN.

In 2016 we saw the effect of polarization and information silos in our own classrooms. We are both librarians who teach a credit-bearing information literacy course at a racially diverse R3 university outside of Atlanta. For the first time, our students were saying, “I don’t understand how a person who gets the information I am getting can vote for that person or feel that way.”  They failed to recognize that others might be living in a completely separate information environment.

The constellation of political polarization, online information environments and media habits, and motivated reasoning pose significant challenges for both teaching and students interested in democratic dialogue and reflective learning. This current moment is an invitation for educators to respond to and engage with our students in new ways.

Information and media habits, motivated reasoning, and the processes of creating and circulating information all have a powerful influence on people’s experiences and development. Discussions about these topics often become politically charged. How can we introduce them in our classrooms in ways that encourage all students to engage and reflect critically? We will share several strategies that have enriched our classrooms and that we believe can be translated to teaching across numerous disciplines.

Ground rules are essentially shared understandings of how class members will treat and engage with one another. They are intended to foster mutual respect, civility, reflective listening, appreciation of difference, and a sense of community. Teachers can use an already developed list of ground rules, or have the class develop their own after looking at sample ground rules. When students can trust that their class environment is supportive and respectful, they are better able to listen, to reflect, to consider differing perspectives, and to learn.

The web of belief

In a supportive class environment, students are better positioned to reflect on their own and others’ differing beliefs and viewpoints. Moreover, when students have a basic understanding of how humans form, preserve, or change their beliefs, they are better able to recognize the roles that political polarization and motivated reasoning play in their everyday information and media habits. The “web of belief” serves as a helpful metaphor for the interconnected quality of our beliefs.

Philosopher W. V. O. Quine, who introduced this phrase, likened human belief systems to a spider web.  Generally, we resist changes to the web, especially dramatic ones, since we wish to have a stable web and since any change in the web affects other parts of it. At the center of the web are our core beliefs, those views that are strongest and the most resistant to change. At the outer edges are peripheral beliefs, which have less of an effect on other parts of the web and are therefore less resistant to change.

The web of belief helps to illustrate why people are affected by cognitive biases like confirmation bias. It is part of the human condition to maintain a coherent belief system. Humans are therefore generally disinclined to change their views, especially when a belief is closely tied to other beliefs and, thus, a change to that view requires re-examining closely related beliefs. (Maureen Linker offers an accessible explanation of the web of belief for students in the first chapter of her book Intellectual Empathy.)

Stephen Brookfield recommends focusing on the skills of critical thinking over challenging each student’s individual thinking (Teaching for Critical Thinking, 2012). Challenging one’s own beliefs and information habits can be a daunting task already; feeding the need to defend instead of inspect can lead participants to become further entrenched in their beliefs or preconceptions. Educators should encourage compassion and listening, while still allowing for dissent, retreat, and anonymity. A class might establish ground rules for civil discussions, such as those at Washington University Teaching Center.  Then for in-class discussions, allow for those uncomfortable to remain silent for anonymity, but require everyone to do a reflective, private discussion post afterward. See Brookfield’s book for additional suggestions on facilitating reflective dialogue and critical thinking.

We, the authors, presented on the ideas outlined in this article during an interactive workshop at the 2018 Teaching Professor Conference. We invited our session attendees to create a learning activity that fosters critical thinking and media literacy skills by drawing from one or more of the resources below:

Some of their suggestions included:

These are just a few activities and resources that may spark more teaching ideas. They are reminders that we need to re-conceive how we are teaching news literacy, given what we know about motivated reasoning and our current socio-political environment. It’s not just about evaluation and looking at attributes of the source (e.g., date, author, publication source). It’s looking self-reflectively at one’s own beliefs and thought processes. Challenge your students and yourself.  Why are you going to this source? Why do you trust this source? What are your biases?

Andrea Baer is an assistant professor and Jean Cook an instructional librarian; both at the University of West Georgia.

This article is featured in the Best of the 2018 Teaching Professor Conference, a collection of articles from some of the top-rated sessions at the 2018 conference. Download the report »