Students as a Forgotten Ally in Preventing Cheating 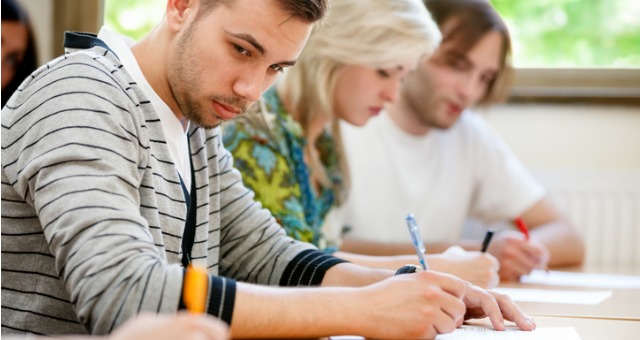 I’m still wandering around in the literature on cheating. It’s hard not to get depressed. It’s such a pervasive problem and one that compromises all that education could and should be.

Faculty are pretty much focused on preventative measures, which are essential, but there are a couple of other issues rarely mentioned in the literature or in our discussions. Students who don’t cheat usually aren’t on our side when it comes to enforcing cheating policies. In one study, almost 93% of the students said they had witnessed another student cheat, but only 4.4% said they had ever reported a cheating incident (Bernardi, et. al., 2016) Students are in a bind—they don’t want to rat out fellow classmates, some of whom may be friends. If they do and word gets out, they are labeled as “snitches” and “tattletales” — told to mind their own business and otherwise berated. With serious social consequences like these, it takes real courage to do the right thing.

Given the pervasiveness of cheating and the increasing acceptance of academic dishonesty by students, a lot of honest students don’t think it’s their responsibility to report cheating. The policies that aim to prevent it are promoted by the teacher or the institution, so they figure they’re the ones who should also handle enforcement.

What honest students don’t reckon with is how they’re affected when others cheat. Cheaters are getting grades on exams and in courses that they don’t deserve. And if those are good grades, they bolster the GPA, which is what counts when it comes to getting job interviews and admittance to graduate programs and professional schools. Losing out to someone who received grades they didn’t deserve is a high price to pay for putting up with cheaters. Moreover, students who cheat sour the relationship between the professor and the entire class. Professors get cynical and start to treat everyone with suspicion, instead of giving students the benefit of the doubt.

We need to find a way to encourage honest students to report cheaters. In another survey, 90% of the institutions had procedures in place for whistle-blowers but 88.5% responded they were never used (Lewis, et. al., 2001). When surveyed, students say they are more likely to report cheating if their confidentiality is preserved or they’re allowed to report cheating anonymously (Bernardi, et. al., 2016). And those who do cheat indicate they are less likely to do so if they think they’ll be reported by a classmate.

If professors want to embolden students to report cheating, they need to make the case for why they should and that isn’t easy. However, it’s a moral issue for students who cheat and those who don’t. Research shows that cheating is a slippery slope and it doesn’t end at graduation. Those who cheat in college are more likely to cheat in the workplace. And students who see cheating and pretend they don’t are complicit. Cheating is everybody’s problem and it’s not going to be tackled successfully unless everybody gets involved.

Students may need help understanding the nature of credible reports of cheating. They can’t just make an accusation. The report needs to include specific details; who’s involved, what they did and when they did it. Professors should take student reports as an indication that there may be a cheating problem, but they need to verify for themselves the accuracy of the reports.

Secondly, there’s not a lot of attention paid to those who enable the cheaters—the student who positions the test so that it’s easily seen by those sitting nearby, the student in the earlier section who talks about what’s on the test, the student who “loans” someone else a paper to recycle, or the student who corrects homework problems for friends. That’s cheating, too. Now in some cases it’s not clear whether the behavior is enabling or helping. If a student loans notes to someone who’s skipped class, is that enabling or helping? And yet, the presence of gray areas doesn’t rule out that some behaviors clearly enable cheating and we need to hold those enablers accountable.

There are no easy answers to the cheating problem. But that doesn’t excuse complacency or make us less accountable. Most of us do work hard to prevent cheating in our courses. We also need to work to promote academic integrity. We can do that by providing the leadership and encouragement students need to stop cheating and to take a stand against it.