A More Strategic Approach to Arranging Students into Groups 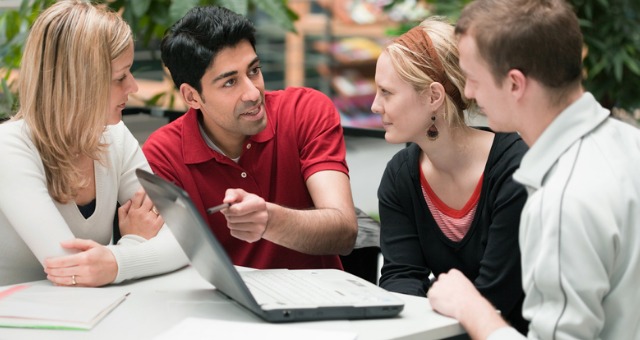 What’s the best way to put students into groups? It’s the first task that confronts teachers who want students to work together. And the best reply is one of those “it depends” answers. Here are the questions on which it depends.

Should teachers let students form the groups? Students often prefer this approach. They tend to pick people they know, classmates who are friends, those in the same major, and those who share the same race. It’s more comfortable working with people who are known and similar. When groups are composed of friends, they sometimes struggle with the transition to a more professional relationship. They’re used to socializing, but now there are tasks to complete and that means functioning in different roles. If the group work is a project that requires extended collaboration and will benefit from a variety of opinions and perspectives, letting students form the groups may not be the best approach. On the other hand, for short, ad-hoc group work and for students who may be shy and not used to working with peers, knowing others in the group makes the experience less intimidating.

Should teachers form the groups? If one of the goals of the group work is getting students acquainted with others in the course or providing the experience of learning to work with peers they don’t know (which frequently occurs in professional contexts), then teachers should consider forming the groups. Teachers can form diverse groups and break up those cohorts who regularly cling to each other. A good bit of sensitivity is required when making diverse groups. If there’s a limited number of racially diverse students or international students, putting one in each group can be isolating and intimidating. A final benefit of teachers creating the groups is that it removes the awkward issue of some students not being invited to join a group. Check out the Chapman, et. al. (2006) reference for more on group selection methods.

What criteria should teachers use when forming groups? There’s a range of options. Here’s some of the more common criteria.

Students should not be left wondering about the rationale being used to create the groups. Even though the teacher might not want to say, “I’ve formed groups based on performance in the course,” he or she could say something like “I put a variety of different people in each group.” Using the skills and experiences criteria makes the group formation process transparent.

What about group size? Sometimes size doesn’t matter. If it’s a short in-class activity, let students form groups with 2-5 members. For more substantive tasks, the less experience students have working in groups, the smaller the group, the better, even down to pairs. If it’s a complicated task, completed across weeks and counting for a sizeable chunk of the grade, size the groups so there’s enough person power to get the job done. The larger the group, the more arduous the process. It’s also easier for some students to be silent.

Please share your favorite method for putting students into groups as well as other strategies that help ensure a positive group-work experience for your students.