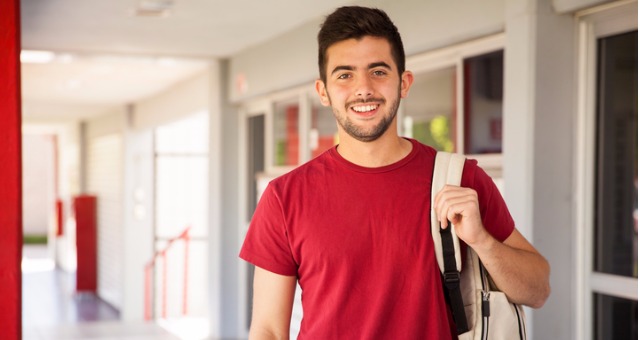 Student excuses—don’t you feel as though you’ve heard them all? “My Dad’s in the hospital.” “I’ve been sick with the flu.” “My computer hard drive crashed.” How often do students offer truthful excuses? “The assignment turned out to be way harder than I anticipated and I’ve simply run out of time.”

Adjudicating student excuses does take the wisdom of Solomon and more time and creativity than most teachers have. Some years back a faculty member wrote in this newsletter that when students reported they were absent from class or late with a paper because a grandparent had died, she sent a sympathy card to the family. Great idea but time-consuming to implement.

Most of us do wonder how many students are being truthful. If it’s been a long week, we’re likely to respond “not many,” and with some students, we could wager our retirement funds with little risk. A recent study offers some empirical evidence that informs what we suspect about student excuses, or “fraudulent claims,” as they’re described in this research.

Students in the study (319 of them, pretty evenly distributed from first year to senior) were presented with the following scenario:

“It is a Monday morning at 10 am and Alex has an assignment due in a 300-level major’s course. The assignment is due in one hour at the beginning of class and it’s worth X% of Alex’s final grade in the class. Due to underestimating the difficulty and time-consuming nature of the assignment, Alex began work on it the night before, and has completed less than half the assignment. Alex realizes that there is no way that the assignment will be completed in time for class.” (p. 177)

For one group of students the X% of the final grade was 5, and for a second group it was 40. One group got a line about the instructor (a 10-year veteran) having told students to contact him via email if they needed to be in touch about assignments, and the second group got a line indicating that if students wanted to talk about assignments, they needed to do so in person, before class or during office hours.

Thirty-nine percent of the respondents said they’d tell the truth; the rest would make up an excuse, and the “favorites” were a family emergency, technology issues, and a personal illness. They rated all these excuses as more likely to be successful than asking for more time because they didn’t understand the assignment. Students who said they’d tell the truth were less confident that would get them the needed extension than students who said they’d use one of the fraudulent excuses.

Interestingly, it did not make a difference whether the assignment counted for 5 percent or 40 percent of the grade. “The lack of significant effect of academic consequences suggests that individuals are willing to create fraudulent claims, regardless of the severity of the negative consequences they are trying to avoid.” (p. 182) The researchers wonder if perhaps beliefs about making up excuses matter more than the consequences involved.

Students were about equally divided on whether they preferred delivering the message face-to-face or by email. Those who preferred email said they did for reasons often related to nonverbal communication such as the fear they might blush when making up an excuse. Those who preferred talking with professor made comments about how it was more personal.

The study’s authors note that much attention is being paid to academic dishonesty involving cheating and plagiarism but almost no attention is being directed toward students who intentionally deceive their instructors about things such as missed deadlines. Students believe (rightly, most of the time) that it’s hard for instructors to “prove” that the excuse is untrue. Therefore the action doesn’t have many potential negative consequences, and that makes it easy for students to lie. And they can tell themselves that it really isn’t a serious deception since so many students do it.

Other than calling for more research exploring related questions, the authors don’t suggest much in the way of concrete solutions. However, the attitude questions they asked in the study could be shared with students, and their answers would likely make an interesting class discussion. The full set of questions appears in the article. Here are a couple of examples: “It is easy to get away with making up excuses in an academic environment.” “Successful excuse making in an academic environment has virtually no negative consequences for anyone.”

Reference: Carmichael, A.M., and Krueger, L.E. (2014). An examination of factors and attitudes that influence reporting fraudulent claims in an academic environment. Active Learning in Higher Education, 15 (2), 173-185.

How to Handle Student Excuses