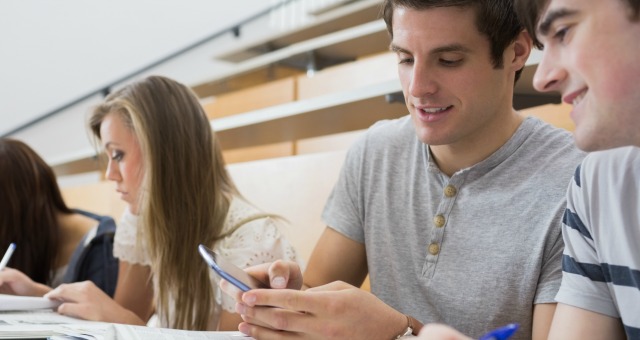 Much has been written, both in Faculty Focus and elsewhere, about cell phones in the classroom. Such pieces typically break into two categories: whether to ban or not to ban, and techniques for using devices productively for educational purposes.

As helpful as those discussions are, conspicuously absent most of the time are students’ views. Do they even want their phones available in class, or are the devices simply attractive nuisances? Is a classroom without cell phones desirable from their standpoint—and if so, what would it take to achieve such an environment? Last spring, I decided to find out.

In full disclosure, I’d been in the “ban them at all times” camp for many years, and I had stringent policies and enforcement to that effect. Past experiences did little to mollify my stance. On the contrary, a 2015 article by Berry and Westfall confirmed what I’d long suspected: private classroom cell phone use has a negative learning impact not only on the person employing it, but on those distracted by the user as well. Measurements showed this was true, even if students felt they were not affected by others’ use. The authors found that students saw direct confrontation and concrete repercussions as the key deterrents to cell phone violations, concluding that “faculty should consider adopting more assertive or punitive policies if they are serious about curtailing phone use in the classroom” (68).

Yet, even having anticipated and enacted such policies, students’ furtive texting, emailing, and surfing remained an endemic, if minor problem in my classrooms.

Fortunately, a colleague alerted me to an interesting article that turned the usual cell phone policy approach on its head. What if, instead of punishing students for bad behavior, we rewarded them for good conduct? This reversal undergirded the study by Katz and Lambert, who offered extra credit to those willing to surrender their cell phones at the start of each class. Their results looked encouraging and the protocol was simple, so I decided to give it a try.

My protocol, which was very similar to that of Katz and Lambert, ran as follows. Sheets of blank paper were laid out on a table at the front of the classroom. Students had the option—again, none of this was mandatory—of writing their names on the paper and placing their deactivated phones over their names. Devices would be in full view of everyone and easily retrieved at the end of each session. In exchange, students would receive token extra credit for each surrender date.

I enacted the procedure not knowing what would happen. Most worrisome was, what if no one took me up on my offer? To my surprise, nearly everyone in two different classes sprang to their feet and surrendered their phones the first day, even before I informed them how much extra credit was at stake.

Yes, there’s the ethical dilemma of offering an incentive for expected, normative behavior. Isn’t this simply a bribe for common decency? But I controlled the amount of extra credit, and it wasn’t much—just a fraction of a point for each day. In the end, a student could raise his overall course grade by just two percent, assuming that he attended every meeting and surrendered his device each day. And for those who chose not to give up their phones? The in-class ban still applied, with penalties being enforced, as necessary.

But enforcement and punishment ceased to be an issue. In one course (N = 19), students voluntarily surrendered their phones with 87.7% frequency, a number that was driven down mostly by two individuals who opted never to participate. In the second class (N = 20), the participation rate was a whopping 98.5%. If removing a source of distraction from the learning space was a main goal, this method had succeeded beyond by my expectations.

End-of-semester surveys of the protocol were likewise revealing. For example, consistent with Berry and Westfall’s findings, most of my students were convinced that cell phones were not distractors. Yet, despite that view, about half of each class admitted that giving up their devices had a positive effect on their own learning (some were unsure, and a small minority disagreed with that proposition). Even less ambiguous were students’ assessments of the impact on classroom environment: combined, 69.2% detected a positive effect, while no one saw a downside (the remainder were ambivalent). The only discernable gripe concerned the small amount of extra credit awarded: predictably, students thought they should receive more points. But as seen in the statistics above, this seems to have had little impact on actual participation rates. A token incentive will do.

So maybe it’s not about monitoring and penalties, not about harsh syllabus policies and calling students out. Positive behavior modification is attainable at minimal cost, and classes appreciate the better learning environment. The implications for such aspects as attendance and participation are likewise intriguing. And if you’re wondering whether you should give this a try, let me offer one last statistic. When asked if they wanted their other professors to enact a similar phone surrender policy, 79.5% of my students responded in the affirmative.

After all this time and debate, who would’ve thought that students actually wanted to give up their cell phones all along?

Pete Burkholder is a professor of history at Fairleigh Dickinson University. He also serves on the Teaching Professor Conference advisory board.