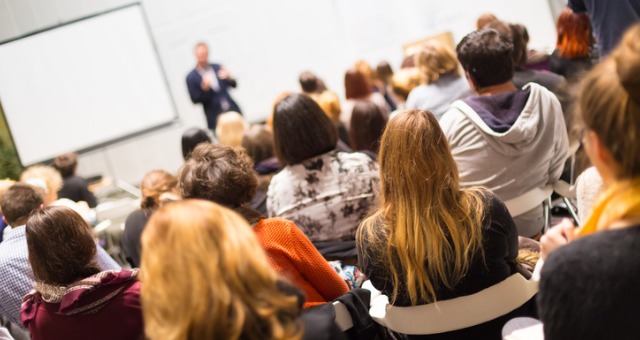 In August, Ashton Black and I began a new school year at Piedmont College, he for the first time, and I for the Nth time. I have been teaching since I was 21, and now, as the French say, I am a woman of a certain age. This is only important because there’s no male equivalent in discussions of being middle aged. Identity is so firmly rooted in gender stereotypes that we can hardly free ourselves from invisible habits. That was until Generation Z made those of us simply going through the motions look up from our college-ruled notebooks and take note.

Ashton approached me as we walked into class together. With an elegant confidence, Ashton looked me in the eye and introduced himself.

“But that’s not the name you’ll see on the roll,” he indicated.

“OK…no problem. What pronouns do you use?” I asked.

And so began our friendship—with frank discussions of pronouns in an entirely new context; an English teacher’s dream.

Piedmont is a small, religiously affiliated college nestled in the foothills of the Blue Ridge Mountains. Its roots in the Congregational Church are deep, evidenced by a weather-vane replica of the Mayflower perched on the chapel steeple. At Piedmont, faculty and staff encourage students to find and follow their own personal paths. We are, I believe, an accepting institution, where students can join both the Gay-Straight Alliance and Fellowship of Christian Athletes.

Ashton and I are collaborating on this piece because, although not the first transgender student I have taught, Ashton sparked an important shift in my teaching. The morning we met, I realized that I could and should do a better job making all students feel welcome in my, nay, our classroom. To this end, Ashton and I have developed this list of contemporary considerations for faculty seeking to create a tolerant and inclusive space in which all students might thrive. Ashton has helped me this semester to grow as a professor, and we hope the ideas presented here encourage others to have frank discussions at their own institutions.

Of course, it’s the students’ responsibility to share facts with you if they want you to know about their transition or new name. If and when you do know, make it as easy and as comfortable as possible, especially for first-year students who don’t yet understand the lay of the land. Your school might not participate in the Safe Space program, but your classroom can function that way. I need Ashton to develop his critical thinking, reading, and writing skills; I don’t need him to break concentration because I used his dead name. Thus, as I invite students, cis or transgender, to my world of books and ideas, they inevitably shape me, too.

Ashton Black (he, him, his) is a freshman Technical Theater Major at Piedmont College, Demorest GA, and Dr. Stephanie Almagno (she, her, hers) is his professor of English.