Are We Afraid to Let Students Make Mistakes? 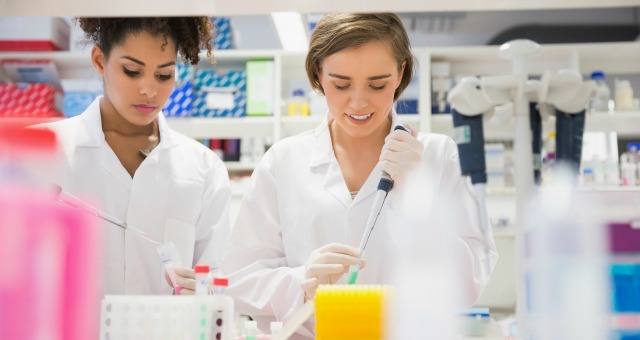 We  know students are afraid of making mistakes, often dreadfully so. And so we talk a good line about the learning potential inherent in mistakes.

But are we afraid to let students make mistakes? Is it just a problem with students not wanting to be wrong, or does our need to control learning experiences keep students from making mistakes?

A study reporting on the challenges biology teaching assistants confronted when they started using inquiry-based approaches in labs uncovered this barrier (among others) that compromised their use of the approach. The TAs “felt responsible for protecting and controlling student learning experiences.” (p. 219) “TAs struggled to allow students to experience the failure inherent in doing science, providing information and directions rather than giving students ownership for seeking information and making experimental decisions.” (p. 219) Although these findings are in one science field, I don’t believe being afraid to let students make mistakes is unique to science education or to TAs.

Here are some reasons why I’m wondering if this might not be a more widespread faculty fear. First off, as noted in the article, in some ways the costs of failure in the classroom are higher than they are in the lab. If an experiment goes awry in the professional lab, the scientist starts over and does it again. It’s all part of the job. In the classroom lab, if an experiment goes belly up (or more generically, when learning goes awry in any classroom), there’s a summative consequence. The student gets a low grade, and that’s of concern to most of us.

Another reason that emerged from the study was time pressure. Said a bit more bluntly, with all that content to cover, we don’t have time for mistakes, especially “dumb” ones, the kind novices frequently make. So we “guide” the learning—rather than waiting around for students to seek out the information, we give it to them. Instead of giving students space to ask irrelevant questions and ponder various alternatives—we steer the learning with leading questions.

Then, as some of the TAs in this study indicated, there’s the fear of what failure does to students. Maybe it will dampen whatever small motivation they had to do well in the lab, the course, or the discipline. Maybe they won’t be able to handle the frustration that comes with setbacks. Or maybe they’ll be mad and take out that anger out on the teacher’s end-of-course evaluations.

I also think many of us have a subtle fear of error as it relates to the “truth” held in our fields. I once observed an English lit teacher melt down as students proposed a “radical” theory to explain a character’s action in a Toni Morrison novel. “No,” the teacher exclaimed “that’s not what the literary critics believe.” The students (a wonderfully rabble crowd) said they didn’t care what the literary critics thought. “But you must!” she cried in frustration. “What you think isn’t right. Scholars have spent years studying this book.” And, she was right. What the students proposed wasn’t especially viable but she couldn’t let it their erroneous thinking stand for two reasons. She didn’t want students leaving the novel, her course, or the field believing something so wrong. But she also felt a need to protect what had been determined to be right and true by the scholars in the field. She could have asked questions that might have raised issues with what students were proposing, but she panicked, asserted her authority, and told them they were wrong. They’d made a mistake, but she took away their opportunity to learn from it.

The example illustrates another reason we might be reluctant to let students make mistakes. We’re afraid of what happens after the mistake. Can we get the student to do it over and get it right? Learning from mistakes isn’t automatic, so there’s no guarantee that the second attempt will yield better results. How do we help the student leave the event having learned something worth knowing?

The stakes are high when you stand alongside a student who’s about to make a mistake. There are reasons to be fearful, but do those reasons count more than the benefits of letting students learn by doing?

What do you think? Have you found a way to give your students the time and space needed to make and learn from their mistakes? I welcome your comments below.