Advice for Teachers: Dare to Be Strict 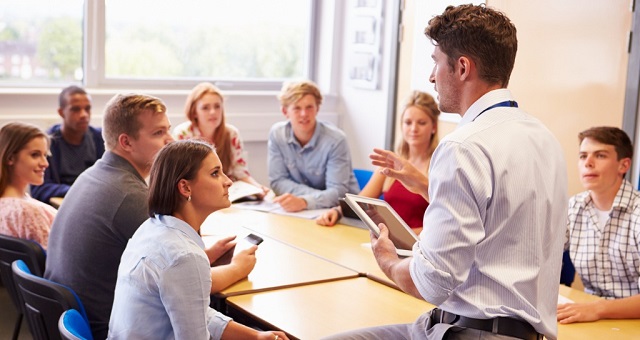 For two decades I have taught 150- to 200-student sections of introductory financial management to majors in all business programs, plus business minors from diverse fields. Although the course has its fans—some even change their majors to finance each semester—many students find the material daunting, become distracted, and behave in ways that impede the learning of others along with their own. Distractions always have lurked in college classrooms; texters and Web surfers are merely the note passers and campus newspaper readers of the digital age.

My syllabus, therefore, stresses the expectation that those enrolled will attend class regularly, remain attentive, and refrain from conversing, napping, or doing things unrelated to what we are discussing. I am convinced that most students support these policies based on the many who have thanked me over the years for making classroom order a priority. They report that some instructors do not admonish disruptors, leaving frustrated victims to bear that awkward task themselves or suffer silently. It makes sense that serious students would endorse these guidelines. What might be surprising are examples of reactions from some of the offenders that I’ve confronted.

Three students, assigned to adjacent chairs by an alphabetical seating chart, chatted incessantly at the start of a new semester. When numerous polite warnings proved futile, I announced in class that we would be switching the trio to new seats. Two from the group were contrite when we spoke after class, but agitated “Larry” asserted loudly and repeatedly that I was “unprofessional” and had embarrassed him in front of friends. (He was unmoved by my response that he had embarrassed me by ignoring my requests.) After venting for several minutes, he left but returned next session and remained grudgingly cooperative for the rest of the course. Fast-forward four years: quiet and diligent “Lenny,” Larry’s lookalike sibling, was on my roster. Later, at a homecoming event, Larry spotted me; he shouted my name and bounded over with his hand extended as though we were long-lost pals. He talked about his job and a recent promotion. I mentioned that his younger brother had been in my class. Larry explained, “Yeah, I told him to take your section; you don’t put up with crap from people who are there to play around.”

Intellectually capable “Matt” did not cause problems directly, but he seldom attended and was inattentive when present, content to waste opportunities and slide by with middling grades. Seeing him in the hallway, I would comment on his indifference. When he stopped by the office just before finals week, I thought he hoped to ask questions about what he’d missed. However, instead he was there to tell me “I really like how you handle the class.” Suspecting it was a snow job to curry favor, I suggested he had no clue what I did because he was rarely in class. But he continued that, as an education major, he took notice of instructors’ techniques. “Next year I’ll have high school students, and I’ll speak up like you do when they don’t give their best effort. They need to hear that you want everyone to learn.”

Finally, “Kerri” attended infrequently, submitted no homework, flunked tests, and ended the term with an F. When she enrolled next semester, I assumed that she had seen the light and would be responsible in her second attempt. But she skipped classes and badly failed the first exam. So I emailed: “Why are you treating my course like a joke again?” She meekly answered, “How do you even know who I am?” I wrote that I remembered talking with her the prior semester and was wondering why she was jeopardizing her degree with the same foolish approach. She replied, “I am sitting here crying. I did not realize that a teacher in a class that big would care about one person.” Kerri changed into an exemplary student, with perfect attendance and solid B work from that point on. She has stayed in touch with me since graduating.

Even students who seem to disregard our directives can appreciate their intent. Indeed the evaders typically mean no grave harm, often just needing guidance and encouragement. And while calling out a violator never is pleasant, it is necessary to bite visibly, at times, if our barks are to be heeded. Sustaining an environment conducive to learning is an obligation we owe to committed learners. Some strict rules designed to address specific concerns, applied impartially and consistently, can reward students’ more productive inclinations and help us convey what experience tell us is required for academic success.