Use Revise and Resubmit Instead of Extra Credit 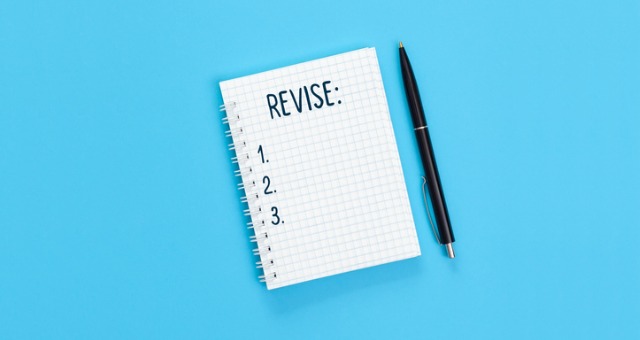 Many faculty provide extra credit or give in to student requests for extra credit, but this is not always an efficient way to produce learning. The major problem with extra credit is that it does not address a student’s actual deficiency. In most cases, the issue of extra credit occurs when there is some deficiency in a student’s performance that hurt their grade and they want to do something to improve it. But whatever they do to improve their grade is “extra,” meaning not the same as the problematic performance. For this reason, extra credit does not address the fundamental issue that motivated the extra credit. If a student gets a poor grade on an assignment in my class because they did not understand the human genome project, it is that understanding which needs to be addressed.

Extra credit also sends the message that the purpose of grades is to reward effort, but this is wrong. The purpose of grades is to measure learning. If a business hires an accounting graduate who received all As in their classes, but learns that they did not understand accounting because the student relied on a lot of extra credit to boost their grade, the employee might feel cheated by the institution, and that would likely be the last graduate of that institution they hire.

For these reasons having students revise and resubmit work is a far more effective way to produce learning than extra credit. An assessment is intended to be a measure of learning, and if so, then a student needs to improve on that assessment to demonstrate their understanding, not something else.

Now, it is not an objection to arbitrarily redefine “extra credit” to include a built-in revise and resubmit option for students. That is simply a misuse of the term. If my entire class bombs an exam because it was poorly designed, and I decide to redesign it and allow them to retake it, that is not extra credit. Extra credit is work outside of the assigned work of the class, that is why it is called “extra,” and that is what I am talking about. Revising the term just sidesteps the issue. If I argue that people should be riding bikes rather than driving cars to save the environment, it is not an objection to arbitrarily redefine a “car” to include bikes—that is just misusing the term “car” in order to sidestep the issue of environmental impact. But if someone insists on redefining the term “extra credit” to include revise and resubmit, then just assume that I am talking about revise and resubmit “extra credit” rather than traditional extra credit.

I once worked at a college where a faculty member was known among students as both the toughest and best teacher in the institution. In speaking with him I mentioned that his tough reputation must mean that he does not give As. He instead told me that everyone gets an A in his class because when they submit their work, he gives them feedback on how to improve it and tells them to resubmit it over and over until it reaches A level; then he accepts it.

Now that is a teacher! He has a learning-based grading model, not the usual “apple-sorting” model that distributes grades on a bell curve. His model is intended to produce learning. He understands that we learn how to write by fixing our mistakes, not by being told that we made a mistake and to move on to something else. If I am a little-league coach and tell a player that her swing is wrong, I don’t have her practice something else. I demonstrate the correct swing and then have her practice that.

One good practice when offering students the opportunity to revise and resubmit their work is to require them to leave your comments in the work, to make the changes, and to add a comment explaining how they fixed the problem. This forces students to articulate exactly what they are doing which reinforces the learning. It also makes it much easier for you to review the work as you know exactly what you need to look for—there’s no wasted time rereading material that was not changed.

I allow students to revise and resubmit any work, and I don’t find myself overwhelmed because students generally only revise really poor work, which of course is the most important work to revise. Yes, it is more work for me, but so is offering extra credit, and so swapping it with a revise and resubmit policy is a zero-sum game from the perspective of your workload.

Finally, a revise and resubmit policy helps keep up student motivation. Faculty commonly believe that students are demotivated by poor grades, and sometimes even admit to inflating their grades to compensate for that. But students are not demotivated by failure itself. They are demotivated by failure where they cannot see a path to success. Video games are built to induce constant failure—all games end when the player fails at something. Yet people keep playing them because they get an opportunity to learn from their mistakes and become more proficient to get beyond that point of failure. The feeling of growth in understanding and proficiency is precisely the motivation for video games. Similarly, students who know that they have the opportunity to learn from their mistakes and fix their problems will not be demotivated by their failures.

John Orlando, PhD, has spent over 20 years teaching online courses and developing online programs at a variety of colleges and universities.  He is the editor of the Online Classroom series in The Teaching Professor newsletter, and has published over 75 articles and delivered over 100 presentations, workshops, and keynotes on online education, teaching with technology, and social media.